Brick Breaker is back on BlackBerry!

I’ve been a BlackBerry user for several generations of products, going back to the scroll wheel model I first used while working a temp job about five years ago. And until BlackBerry 10, there was one constant on all of them — Brick Breaker.

Brick Breaker was the game we would name when Apple users teased us BlackBerry types as all work, no play dull boys. And if they asked us to name a second game, we’d keep talking about Brick Breaker. What we lacked in quality we made up for in quality. It was like Tetris for the BlackBerry generation — simple and addictive.

I spent many a Seabus crossing between Vancouver and North Vancouver ignoring the breathtaking beauty of the North Shore mountains or the Vancouver skyline, instead deeply engrossed in setting a new Brick Breaker high score. In fact, I think the scroll wheel BlackBerry was perfect for this game, making it very easy to move the platform back and forth to catch the ball. Subsequent BlackBerry models, from the trackpad Curve to my touchscreen Bold, never replicated the simplicity of that scroll wheel for playing Brick Breaker. 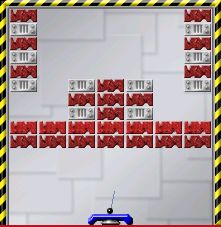 An older version of Brick Breaker.

And then, after being a BlackBerry pre-load for years, with BlackBerry 10, BrickBreaker was gone. Now the new OS is a definite step up for BlackBerry in many ways — its a much more intuitive OS that’s very easy to navigate with simple swipes, and the BlackBerry Hub us a great feature — but no Brick Breaker was a glaring omission for much of BlackBerry nation.

Pay for your Tim Hortons double double with your BlackBerry

And one the vendor has finally rectified, with the launch last week of Brick Breaker on BlackBerry 10. Dubbed Breaker Bold 1.0 and designed for the new OS, it’s a more graphical Brick Breaker than we’ve had in the past. It has the same basic gameplay, although with a little guy holding the platform now. After a few quick games I’m still getting used to it; my big fingers are blocking too much of the screen — I still miss the scroll wheel! 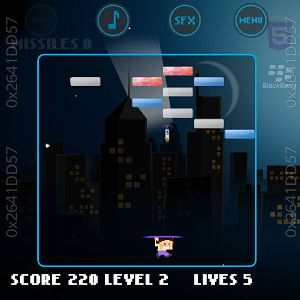 While I doubt the scroll wheel will be making a comeback, I’m glad that Brick Breaker has.