When the conversation turns to the low numbers in gender diversity, often the talent pipeline takes the blame, and “There aren’t enough girls taking math and science courses in school” is a refrain that has become all too familiar. There is no question that there is a challenge in ensuring diversity exists in the pipeline of those entering the IT workforce but that is just part of the problem. Retention of talented men and women in the field is just as critical. 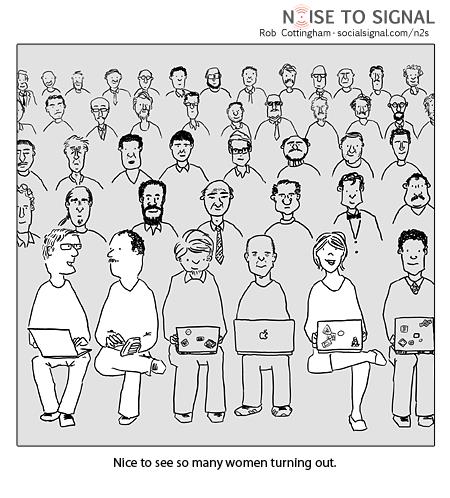 According to a study by the Centre for Talent Innovation women are 45% more likely than their male peers to leave the industry within a year. One reason for this is lack of career advancement. Career sponsorship is increasingly being viewed as an important commitment that companies need to make if they are serious about attracting and retaining talented resources of diverse backgrounds.

So what is career sponsorship and how can it be most effective?

In career development, mentoring and coaching relationships are well understood practices. Generally, the relationship involves a senior or more experienced individual (the mentor) providing support and advice to the benefit of a more junior or less experienced person (the mentee) in the relationship. Sponsorship, by contrast, is more active than coaching and mentoring. It requires the sponsor to be more engaged and thoughtful about the career development of the individual with whom they are paired (the protégé). A sponsor is expected to actively look for ways to open doors of opportunity for his or her protégé. Sylvia Ann Hewlett describes in her book “(Forget a Mentor) Find a Sponsor” that a sponsor is like a “talent scout” who gets a protégé in front of the directors for an audition.

When sponsorship is approached correctly, there is clear benefit to both parties. It is a true exchange of value. The sponsor advocates stretch opportunities, visibility, networking, and promotions on behalf of a protégé. In return, the sponsor’s brand and legacy is enhanced and developed by association through the success of the protégé. Other benefits for a sponsor include access to new or emerging skills as well as gaining feedback and perspective that might otherwise become more difficult to obtain with increased seniority.

Another way to view career sponsorship would be to liken it to building strategic alliances in the technology industry. With that context in mind, success comes from:

The business case and benefits of a diverse workforce, including better gender balance, continue to be documented and supported by hard data. One great example is a report produced by Catalyst which lists 39 reasons why diversity matters. Retaining talented women in the industry is one step that makes an improvement in the short term. Even 5% fewer women leaving the industry in a year, is a big gain.   Understanding and embracing career sponsorship with the same rigour and zeal with which strategic alliances are formed is one way to make progress.

Shann McGrailhttp://www.devreve.com
Shann’s 20+ years in the technology industry have inspired her love for developing the potential of people and teams and amplifying results through the power of technology. Her current portfolio of work includes helping technology companies educate customers and tell their stories, furthering the advancement of women in communications, media and technology and bringing the power of improv to business challenges.
Previous articleThe channel is about to prove that bald is beautiful
Next articleTechapolooza 2015: breaking down nerdy stereotypes