Google Glass was cool but it lacked purpose

The news that Google is bringing Google Glass eye-wear back into its development cave for more fine tuning reminds me of when the first tablets hit the market in Canada.

It was 2001 and Intel, Microsoft, Acer and distributor Synnex held a joint launch event in Toronto. The products they showcased that day were super cool. Acer showed off notebooks that could convert into tablets with a twist. Intel said it would support this new line of technology. Synnex was all in with supplying these new devices to the channel. And, Microsoft showed off OneNote and the power of pen computing.

It was a match made in computing heaven. Until it actually hit the market. The problem with the early tablet devices is the same problem Google is finding out with its Google Glass eye-wear. The product lacks an application. And, so what if Google Glass can connect to the Internet. So can my smartphone and its tucked away in my pocket when I don’t need it.

Google Glass rests on your nose and ears and is something you can’t put away. The other major problem with Google Glass is that it’s awkward. When you are talking face-to-face with someone wearing Google Glasses it’s distracting. And, I don’t find it cool that someone could check email while holding down a conversation with me. I’m sure some people can do that with no problems. But how really engaged our they if they feel the need to check their inbox. People attention spans have already rapidly declined because of smartphones.

Also Google Glass’ ability to video record someone or a group of people without the other party knowing isn’t cool. 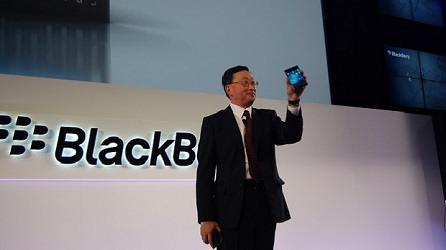 Google should have made Google Glass a commercial device instead of a consumer device. Take for example, Epson’s who makes smart glasses called the Moverio BT-200. The Moverio BT-200 offers binocular smart glasses optimized for augmented reality applications. The Moverio BT-200 glasses contain sensors such as a gyroscope, accelerometer and magnetic compass for head-motion tracking and hands-free navigation. A front-facing camera for video and image capture also detects real-world markers for augmented reality applications.

And, there is a market for augmented reality today in vertical industries such as healthcare, logistics, field service, energy, manufacturing, education, and retail.

Some of the use cases for augmented reality smart glasses have lead to solutions wholesale supply chain tracking, surgical training for doctors in the operating room, and remote field service support for complex repair assistance.

Maybe when Google’s R&D guys get out of the cave they may look to solving issues in vertical markets with Google Glass instead of showing them off at New York’s Fashion Week.

Two quick hits before I go. Andrew Eppich is the new general manager of Equinix Canada, a neutral data centre and cloud vendor. The company plans to open up one of its larger data centre facilities in Toronto this year. Eppich was the enterprise channel chief at HP Canada.

Lou Millrad has resigned from the board of the Canadian Channel Chiefs Council, but he will remain its legal counsel.