I was saddened to learn of the passing of Andy Grove at age 79. Intel did not release the cause of death, but it was widely known in the industry that Grove suffered from Parkinson’s’ Disease and was battling prostate cancer.

I never had the opportunity to report on him during his time as CEO. He was around as Chairman of the Board when I starting covering the IT channel in 1997 and the thing I remember best about him was that he never would panic. For example near the end of his term as Chairman of the Board at Intel the chip making giant was going through hard times in the marketplace. Intel was forced to lay off staff, its shares plunged to less than $20 per share, the company was facing lower than anticipated earnings. Intel’s chief rival Advanced Micro Devices was taking share after it reached an agreement with Dell to use their chips. AMD also launched high profile anti-trust case against Intel.

This is a lot of crisis for any one person to handle, but you never saw Grove sweat. Not one drop. 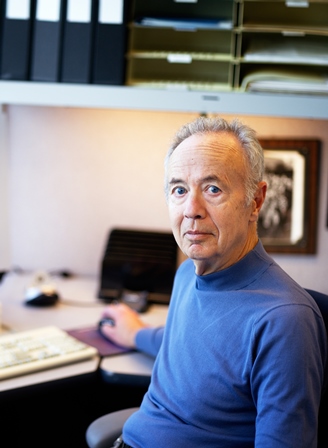 What is truly remarkable to me is that Grove even made it to the corner office of one of Silicon Valley’s best known companies. (Grove never used a corner office suite. Instead he preferred a cubicle.)

Grove was one of the lucky one as he got out and studied chemical engineering in New York. He later achieved his Ph.D at the University of California at Berkeley. Then in 1968 Gordon Moore and Robert Noyce founded Intel and made Grove employee No. 1.

While at Intel Grove heightened his profile and with it the company as well. He was always mentioned in the same vein as Bill Gates, Steve Jobs, Ken Olsen, Michael Dell and Lou Gerstner.

He certainly earned that recognition as Grove now historic move to shift Intel’s focus from memory chips to microprocessors transformed the company into a giant in the industry and let to the consumerization of the PC; a PC on every desktop.

Under his watch Intel became a $26 billion organization as well as a recognized brand worldwide thanks to the Intel Inside campaign.

The man Grove hired to replace him Andy Bryant I thought said it best: “Andy approached corporate strategy and leadership in ways that continue to influence prominent thinkers and companies around the world. He combined the analytic approach of a scientist with an ability to engage others in honest and deep conversation, which sustained Intel’s success over a period that saw the rise of the personal computer, the Internet and Silicon Valley.”

Bill Gates, in a Tweet, said that he loved working with Grove and called him one of the great business leaders of the 20th Century.

I’m sad to hear that Andy Grove has died. I loved working with him. He was one of the great business leaders of the 20th century.