Lessons from Harley Davidson that could help the channel

NASHVILLE, TENN. – Technically there is very little difference between a Harley Davidson motorcycle and one made by Honda or BMW.

According to former communications director for Harley Davidson Motor Co. Ken Schmidt, a bike from his company and Honda will have two wheels, a motor, a seat and a set of handle bars. However, a Harley Davidson motorcycle starts at $24,000 and an entry-level Honda bike is priced at $8,000.

And, since Harley Davidson is the market leader the question begs to be asked: How does Harley Davidson get away with charging three times more for basically the same product? 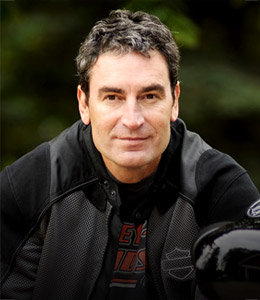 “Golf is what keeps me up at night. We are not competing with a product but your weekend activity or your passion. We want to be your passion,” said Schmidt who still works for Harley Davidson as a consultant.

The Milwaukee-based Harley Davidson is an iconic American brand known in the market place for its product quality along with its very large and loyal customer base.

But that wasn’t always the case, Schmidt told the audience at the Ingram One conference.

Back then society viewed Harley Davidson as being associated with criminal gangs. The Outlaw Motorcycle Club, for example, only ride Harley Davidson-made cruiser motorcycles or choppers. The association was a wrong one and at times bordered on the ridiculous, Schmidt said. But he did admit that it was a profitable time for the company. However, the media portrayal of Harley Davidson was not ideal. It led to parents telling their children to fear people who rode motorcycles.

Over time Harley Davidson market share in the U.S. dropped from 90 per cent to 20.

“People prejudged the company on the criminals and how they looked and held it against us,” he said.

What made it worse was that the leadership of Harley Davidson did nothing about it. “We just sat on our hands.” All the company wanted to do was sell a product.

What Schmidt did to help turn around the fortunes of Harley Davidson was to type three questions on an IBM Typewriter Select back in 1990, he said. Those questions are:

What came about from these three questions was a business transformation for the 115-year old company. They started with its customer base, the non-criminal part, who enjoyed riding the motorcycles and they wanted these customers to talk about their experiences. From there Harley Davidson worked to sustain that narrative. 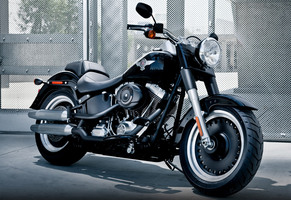 “The main goal of the business it to make people vocal advocates of the company,” he said.

From that point on Harley Davidson decided it would compete with its culture instead of its product or service.

What Happens in Vegas

Schmidt equated the new Harley Davidson strategy to the slogan cooked up by the Las Vegas Convention and Visitors Authority to promote the city as more than a gambling destination. The slogan is often mis-pronounced as “What Happens in Vegas, Stays in Vegas. The actual slogan reads: “Las Vegas: What Happens Here, Stays Here.”

“It would be horrible it that Vegas slogan is true. If it was true, there would not be a Las Vegas. This is the most successful marketing platform in the world. No human being went to Vegas based on seeing an ad. Its more about people telling other people about what they did in Las Vegas with explicit detail,” Schmidt said.

The lesson of the Las Vegas slogan teaches the channel if there is no story there will be no demand built for your product or service. In the Las Vegas slogan example patrons retell what property they stayed at, what shows they watched, what restaurants they ate at, what casinos they gambled at, what spa they enjoyed, what clubs they danced at and what lounge they sipped cocktails at. All of them being named too.

The key to the success of the Las Vegas slogan is it’s repeated by thousands of people everyday.

But in the same breath Schmidt asks the philosophical question: “Why would anybody believe a great product would provide a competitive advantage?”

He believes the marketplace will eventually provide a product or service for less money. Schmidt advised the channel partners not to become commoditized.

One of the examples he submitted to the Ingram One attendees was the marketplace for flat-panel displays. There are currently 17 brands of flat-panel TVs at most major retailers.

“How do people pick a flat-panel TV? People pick the one on sale.”

The TV manufacturers continue to base their selection of product on meaningless and non-memorable product specs such as clear motion rate, he added. “How is that memorable? How is that like the Las Vegas slogan? No one wants to sell TVs now because the sexy part of that business left a while ago,” Schmidt said.

Harley Davidson also began to understand if they were to compete solely on product then it would go up against Honda who is just one of the world’s best motorized vehicle manufacturers. Instead Harley Davidson came to the understanding that lifestyle is owned by the customer. The change in market direction meant that Harley Davidson would make its value proposition based on factors such as reputation and story telling over price.

“We do not use blimps flying ads. Harley Davidson does not do Super Bowl ads.”

What it does do is support the motorcycle riding community.

What Harley Davidson tries to do at Sturgis is to control the narrative and pass along the feeling of owning a Harley Davidson along with the experience a person will have riding one of their motorcycles.

The takeaway here is if you want to be truly successful in business you must understand the driver of human behaviour and position it to your advantage.