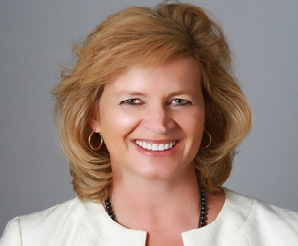 TORONTO – Microsoft Canada president Janet Kennedy told a packed audience at the Big Data Debate event that she has faith in the technology talent and business innovation in this country.

This despite less than stellar numbers coming out from the World Economic Forum 2015. Canada ranked No. 15 in terms of global competitiveness out of 144 countries ranked by the World Economic Forum this year. Switzerland came in No. 1, while the U.S. was No. 3. But Kennedy indicated that Canada was still behind Taiwan (No. 14) and the African country United Arab Emirates (UAE) (No. 12), which does not look too impressive.

And, she is right. I remember when Canada ranked as high as No. 6 on the World Economic Forum list.
Kennedy also said that Canada’s performance was “scary”. “It kills me that Taiwan and the UAE beat us in productivity.”

The good news is that Microsoft Canada is doing something about it. Kennedy said the Mississauga, Ont.-based subsidiary is investing its time, resources and dollars in independant software vendors and start-ups with innovation centres such as Communitech, MaRS, and the Rotman House. Microsoft Canada will be offering $100,000 to these new solution providers, she said.

“We have incredible tech talent in Canadian universities and these innovation hubs. We have an opporunity to get Canadian kids and give them $100,000 to do new cloud solutions; so they can stay in Canada and not have to go to silicon valley,” Kennedy said.

After 18 months as the president of Microsoft Canada, Kennedy said this is still her dream job. Before coming to this role, Kennedy worked with Fortune 1000 companies and helping them move to the cloud.
This type of business innovation is exploding here in Canada, she said.

“This is truly my dream job because every citizen in Canada, I consider to be, my customer. I wake up everyday thinking of them. Even kids because with our Office 365 productivity tools we can help them get their homework done so they can go and waste their time playing the XBox. Maybe some adults too,” she added.

Kennedy went on to say that Canada is at an inflection point because of technology and its being driven by big data along with big computing, big analytics, the Internet of Things, cloud, 3D printing and the mobile Internet.

“And, this type of innovation is happening in Canada right now at communities such as Communitech and MaRS,” she said.

The market opportunity for channel partners in big data is at $1.5 billion today growing to $1.8 billion by 2018, according to IDC Canada forecasts. On top of that market opportunity is SQL Server, which is the No. 1 selling big data solution in Canada, Kennedy said.

Thee quick hits before I go.

SPX Corp.’s board of directors has appointed Anne K. Altman as an additional member of the company’s board. During her distinguished career with IBM that began in 1981 and continues today, Altman has served in a variety of roles and functions such as GM for U.S. Federal and Government Industries.

And, ProLabs, a provider of network infrastructure and connectivity products, named Christian Rookes the new director of product management, and Joe Tordy the new vice president of U.S. carrier sales.