Nick Tidd is one excited executive these days. His excitement comes from the opportunity in front of him to finally be working for a Canadian company in Mitel.

Unless you have been living under a rock, Mitel Networks Corp. of Ottawa acquired Polycom Inc. for about $2 billion in a cash plus stock type of deal. This arrangement was pushed by New York hedge fund management firm Elliott Management Corp., in essence to further along Telco consolidation.

Tidd has not worked for a Canadian company since leaving PC Parts, a company founded by his mother Norma Tidd. 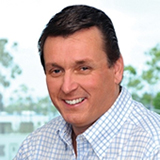 Tidd told CDN that he plans to stay in Huntington Beach, Calif. The integration of Mitel and Polycom began last week and he will be an integral member of that team. The first hurdle, SEC approval, has been passed and next up is displaying for channel partners the opportunity now available with Mitel/Polycom.

“There is very little overlap between the two product portfolios. We will be able to contribute to the mobile and cloud offering of Mitel and this new company, after the dust settles, will be a strong, exciting combination for partners,” he added.

Tidd will be in Toronto for the Microsoft Worldwide Partner Conference this July after Polycom in March solidified an enhanced partnership deal with the software giant that involves Skype for Business. Polycom users will now be able to leverage existing video investments as they move to Office 365 and Skype for Business.

How close was Ingram Micro to merging with Tech Data or Synnex?

For both sets of channel networks, Tidd reiterated that its business as usual. But going forward he sees significant opportunity for the channel with video on the Office 365 platform as consumption rates are increasing year-over-year.

He described the acquisition as one of the worse kept secrets in the industry but the synergies offered in this deal can eventually build a pathway to growth where revenue doubles and headcount doubles.

“Both rely heavily on the channel and there is nothing but upside with the Mavenir products and the wireless space. This opens up a whole new path to mobile and wireless. And, that crazy commercial in the back of a cab doing slow motion video…well that’s not that far away,” Tidd said.

Centering this strategy from a products standpoint will be Trio and Centro. Centro, formerly Bonfire, is a video solution that centres the screen in the middle of the meeting room. It features a four video screen experience with a 360 degree view.

Meanwhile Trio or officially RealPresence Trio is a conference phone that works as a smart hub for the meeting room.

“Trio is a tremendous upgrade opportunity for the channel as there are five to five-and-half million phones out there globally,” Tidd said.

The new company also plans to modify the certification process to lessen the burden on partners in hopes of saving them money. Also look for these solutions to be packaged. Tidd added that after the integration expect to see a flurry of new product announcements.

In terms of distribution, Tidd said the new company will leverage Ingram Micro, Westcon and Scansource in North America. Canada specific they will continue to work with Gentek because “they do a great job for service providers.” Tidd said that Gentek is a key value-add distributor for them.

“Have a look at the product portfolio because we are not just a voice and handset vendor anymore. We do video and services for the small huddle-type environments. There is a lot of mystery in this sector and where there is mystery there is margin.”

Three quick hits before I go. Jeff Goldstein told CDN that he has left NetApp Canada for Veeam Software, an up-and-coming backup, disaster recovery and virtualization management software vendor based in Switzerland. He was named its first ever country manager.

And, Charlotte Burke is the new small, mid-size solutions and partners VP at Microsoft Canada. Burke was running her own company but has extensive channel experience with Compaq Canada and Sony of Canada.

Westcon-Comstor appointed Ken Bast as its new executive vice president of global partner management. Bast will be looked upon to drive growth globally across the company’s solutions in security, collaboration, networking, data centre, cloud and services.