Last week I met Pepper, a robot that lives at SAP’s Hudson Yards offices in New York city. Pepper looked like and talked like what I imagined a robot should be (based on TV watching in my youth) – think R2D2 from Star Wars.

Pepper was smart and moved around pretty well. Just after a few minutes Pepper knew who I was and could find my favourite candy. It’s not far of a stretch to think that Pepper would be able to use its machine learning capabilities to do more than just fetch me my favourite mints. 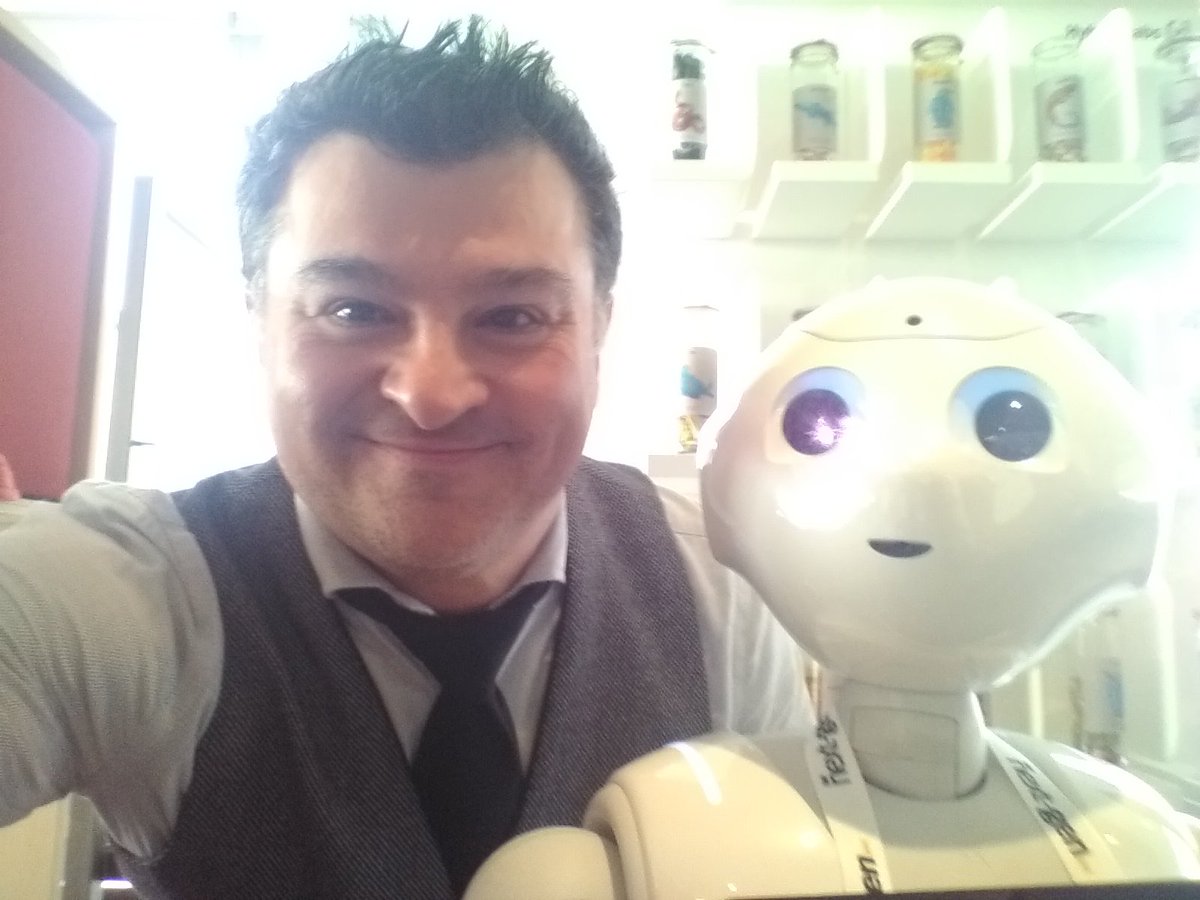 The International Federation of Robotics has just determined that Japan is the world’s predominant industrial robot manufacturing country. Did you think Japan was the leader in this new sector?

Where do you think Canada ranks? Canada is outside the top 10, while the U.S. is just inside the top 10. Japan, South Korea and China; thrown in Taiwan too are the leaders. All of these countries are good at manufacturing and exporting. The production capacity of the Japanese suppliers has gone over 153,000 units. Does that seem like an incredible number?

Well it’s the highest level ever recorded, according to the new International Federation of Robotics study. Its approximately 52 per cent of the global supply; just from Japan.

Joe Gemma, President of the International Federation of Robotics, said Japan is a highly robotized country where even robots are assembled by robots.

Think about that for a second.

Robots are making more robots. Gemma added that robot sales in Japan increased by 10 per cent from last year to about 39,000 units. This is the highest level in the last ten years. And, you can guess why the country of Japan is doing that type of production. It’s what Japan has done very well for decades; exporting.

Japan exported a total of nearly 115,000 industrial robots in 2016 with a value of 309 billion yen (roughly $2.7 billion). This is by far the highest export volume for one year. The export rate increased from 72 per cent to 75 per cent.

Japan is targeting Canada, the U.S., China, South Korea and the rest of Europe for exporting. It also has a pretty robust home market too.

Where are these robots going? Well, if you think they are going into your home don’t worry too much about that. The automotive industry is the largest destination market for robots, according to the new study from the International Federation of Robots with a share of 36 per cent of the total supply. Car manufacturers bought 48 per cent more industrial robots than in 2015 (approximately 5,711 units).

Will robots take over?

It’s inevitable that robots will be taking over jobs from human beings; just look at the manufacturing sector. However, recently a robot named Stevie was introduced that take care of the elderly. Now Stevie is a prototype robot and is just services the elderly with ordinary tasks such as reminding seniors to take their medicine and adjusting the room temperature.

What’s interesting is that Stevie pretty much looks human and can speak like a human.

What’s cool about Stevie is that while they are interacting with seniors if someone falls down they can assist and call emergency personnel for help.

Beyond that Stevie also initiates Skype video calls with loved ones.

The International Federation of Robots also reported that after the strong growth of robots in the electrical/electronics industry in 2015 (11,659 units), a decrease of seven per cent followed in 2016. However, the industry has preferred to invest in production facilities abroad. Continued investments in robots can be expected with the increasing demand for chips, displays, sensors, batteries and other technologies (connected industries).

So, what does the future hold?

Based on estimates provided by the Japanese Robot Association (JARA), the International Federation of Robots expects an increase of around 10 per cent in 2017 in domestic installations. Between 2018 and 2020 a further average annual increase of about five per cent is likely.

One quick hit before we go. Riz Rafiq has joined Tech Data Canada, in the role of Director, Field Sales for Commercial and Retail. Rafiq joins the company from Lexmark where he was responsible for managing a team of field sellers in Western Canada with a focus on Managed Print Services, Print Hardware, Imaging and Workflow Solutions. Prior to his time at Lexmark, he held a number of sales positions in the Canadian IT channel.