MONTREAL – After the Cisco Velocity conference ended the talk circulating around the halls from channel marketing professionals was: Who is Gary Vaynerchuk?

Looking at Vaynerchuk’s career you can describe him as an entrepreneur, self-help author, video blogger, digital marketer, and wine guru.

The one thing he isn’t is a conventional thinker. For example, when he was building up his wine business the Wine Library, he used Google Adwords and was able to buy the word “wine” for nine cents per click for close to a year before he was outbid. Wine Library started with zero investment and turned into a $70 million business through an extensive video blogging series on YouTube. 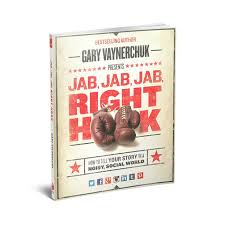 In his latest book Jab, Jab, Jab, Right Hook he explains how people should inform the public about what they are passionate about. And, if they are able to do it on a consistent basis they then can ask their audience to buy something.

He called social business the “single biggest culture shift other than the printing press.”

One of the biggest pieces of advice he provided to the channel marketing professionals at Cisco Velocity was to market in the year you live in now.

“To me the single biggest difference from people who can sell and not sell is marketing in the year that we live in. This is about behaviour mapping to 2015 and not 2013 or 1999 or 1987 because doing the same old thing that got you here is not good enough,” he said.

Today Facebook is better than Adwords as you can target people directly with your message. But one day soon Facebook will be overtaken by SnapChat, Vaynerchuk predicted.

In 1999, on average 300,000 emails were sent out with 99 per cent open rate. “That was great because marketing had not yet ruined email. Marketers ruin everything,” he added.

In today’s marketing world the public is getting pounded by messages as society lives in a 24/7 world. Vaynerchuk asked the audience: “Do you remember when the work day ended? Now you get an email at 9:47 PM and they expect you to reply.”

Before you start in with your story, you first have to get the intention of your intended audience, Vaynerchuk says.

Vaynerchuk told the story of his quest to do business with a certain chief marketing officer (CMO). He began by following him on Twitter. And, then he waited and waited and kept on waiting until CMO began tweeting about the St. Louis Cardinals baseball team.

Vaynerchuk, who sold baseball cards as a teenager at shows and then over the Internet, finally gained that emotional connection he was looking for. Through that connection, he was able to land a $4.7 million account for his digital marketing agency VaynerMedia.

“People are shifting their attention and it’s made people fragmented. Time is the asset most valued,” he added.

Another strategy Vaynerchuk employs goes against the traditional strategy of renting the Internet for marketing purposes. He advised to be part of the media. An example of this is CheeseRank.com, which ranks cheeses and is sponsored by Ritz Crackers.

“I believe the biggest upside is to start a media company and hire an editor-in-chief. Start producing content that is valuable and to a targeted audience. The cost of media has dropped and you no longer need a printing press or a large satellite.”

The strategy is to provide valuable content that has nothing to do with selling, but made commercially attractive, he said.

“Content may be king, but in 2015 context is also a king. By putting it through your social channels you’ll recognize that the content is the platform.”

Two quick hits before I go: Friend of CDN Michael Ansley, the former channel chief of Cisco Canada has landed the job of a lifetime as the new president of Avaya AsiaPac. He has already moved to Singapore and told CDN that he is having a great time. CDN wished Ansley the best of luck.