Women of Impact need to show up

The numbers for Women in IT in Canada are discouraging. Canada currently has a ratio of 3:1 in the ICT sector in favour of men. If this trend continues it will lead to an ICT worker shortfall of approximately one million by 2020.

To further this discussion in hopes of a turnaround, EMC Canada hosted the Women of Impact event at the TIFF LightBox in Toronto. At that event, EMC hosted a panel discussion on the topic of Transforming the Face of IT. The panellists were: Patricia Florissi, Vice President & Global Chief Technology Officer for Sales at EMC Corp.; Lynn Lang, Consumer Products, Retail and Distribution Leader for Canada at Cap Gemini Canada, and Tracey Laurence at VP at Rogers Communications.

“I take no credit for my success,” Florissi said to raucous laughter. 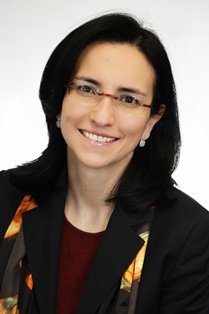 Florissi, who is an EMC distinguished engineer holding a PhD in Computer Science from Columbia University, presented five items guidance for Women pursuing a career in IT.

“I knew that no one is going to be working on helping Patricia Florissi move up the corporate ladder,” she said.

The former semi-pro beach volleyball player is proud of fact that 75 per cent of women who have worked on her teams at Unisys and CSC have reached vice presidential positions in their careers.

Laurence also talked about the importance of how people feel about themselves. “Be true to yourself,” she said to a packed audience

But being true to yourself does not necessarily mean it’s all about you, but more about learning what you like to do and don’t like to do.

Laurence added to find out what you are good at and not so good at and explore those for advancing your career in IT.

“Stay true to yourself because if you are not happy then you’re not much use to anyone,” Laurence said.

Lang at Gap Gemini works on digital transformation strategies for clients and she has been working in this area since before the dot.com boom.

Her advice is to be innovative. “Being innovative is a team sport. It combines your drive plus who you work with,” she added.

Lang provided the audience with three main points. They are:

“Being a collaborator is not easy without a point of view. Try to create a framework that is built on passion and do not forget the importance of mobilization,” she added.

Carly Fiorina may make a run for the White House. I caution she may make a run. The Washington Post has a piece on the ex-CEO of HP schmoozing with benefactors. Fiorina if you recall tried for a Senate seat in California, but her poor voting record came back to haunt her and she lost to Democrat Barbara Boxer by 10 points.