AUSTIN, TEX. — Dell held its first Dell World conference since becoming (once again) a private company last week, and here are 11 scenes from the conference, along with links to CDN‘s full coverage of the event. 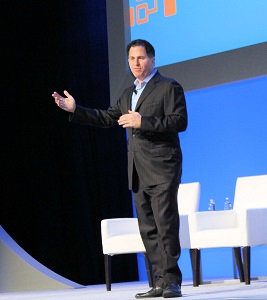 Now that he’s firmly back in control of the company that he gave his name, Dell founder and CEO Michael Dell began providing stakeholders with the long-term guidance and direction on strategy that they’ve been craving.

“We’re really excited about this. We have the fiscal strength, capital and scale to lead our industry as a private company, and we have the freedom to make the bold moves necessary,” said Dell. “We can focus 100 per cent on our customers, and take a long term view of our investments and the way they create value for you.”

2. Five priorities for a re-focused Dell 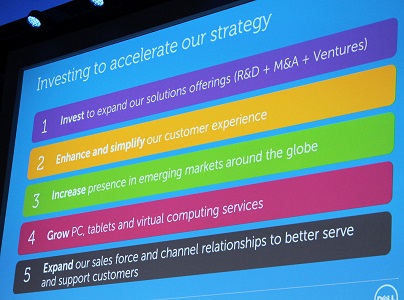 Here are the five priorities Michael Dell outlined to Dell World attendees for the re-focused, private version of Dell, including an expanded relationship with Dell’s channel partners. 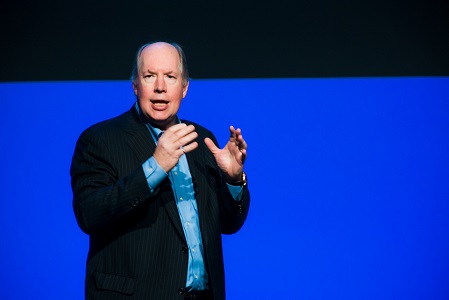 Dell isn’t just about PCs. Dell’s software president John Swainson outlined the vendor’s plans to compete and win in the software market. Dell is investing heavily in endpoint security as part of its broader network and data centre security offerings, as well as its own enterprise mobile management (EMM) solution.

4. Dell goes to the cloud 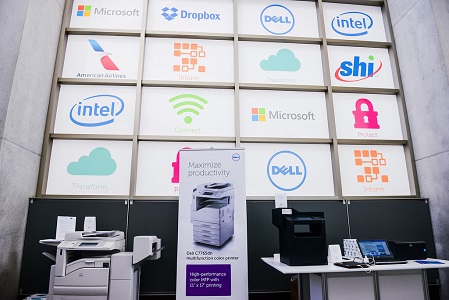 5. The PC still matters to Dell 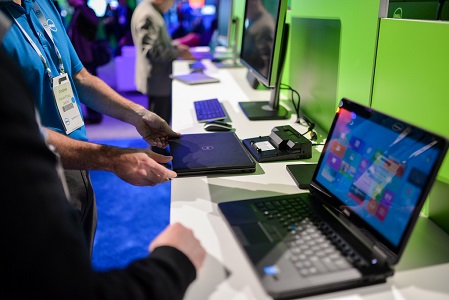 While there was lots of talk of software, services and infrastructure from Dell, attendees also got to go hands-on with the latest Dell PCs, from laptops and tablets to convertibles. And Dell stressed that the PC remains crucial to Dell’s strategy as an end-to-end IT provider, as the PC is the entrypoint for the vendor into many of its customers. For Dell, the PC still matters. 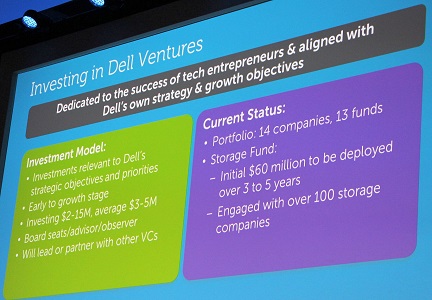 Dell may make the computers used at many startups and growth stage companies, and it’s looking to play a more concrete role in their development too, with the launch of a new venture capital fund worth some $300 million. Dell’s Strategic Innovation Venture Fund will target early-to-growth-stage companies in emerging technology areas including storage, cloud computing, big data, next-generation data centre, security and mobility. 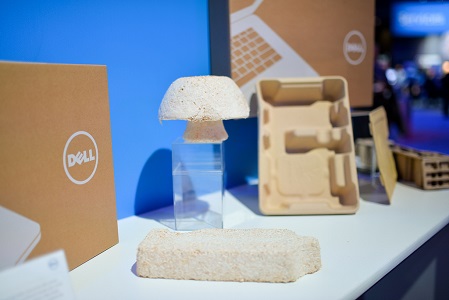 Dell touted its commitment to the environment at Dell World, showing off some of its innovations around greener packaging, from new materials to using less. In addition to smaller boxes, combining orders and improved logistics, Dell is also using mushroom packaging and materials such as bamboo and wheat straw to lower its environmental impact. 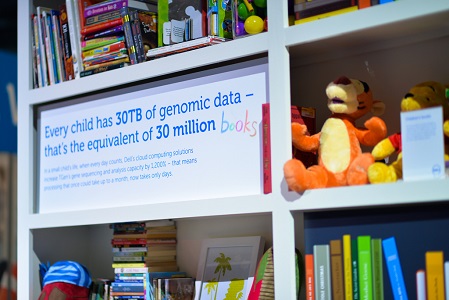 A reminder from Dell on the solutions showcase floor that big data is only getting bigger. Good news, at least, for storage providers, as well as those trying to help people make sense of all that data we’re generating at an exponential rate. 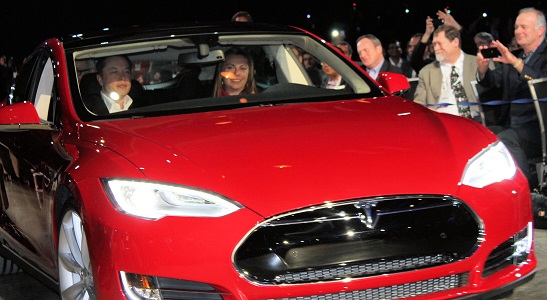 Entrepreneur Elon Musk of Tesla and SpaceX was driven onto the Dell World keynote floor in one of his sporty Tesla electric vehicles. Musk spoke around how Tesla nearly went under, and his experiences as an entrepreneur and innovator. 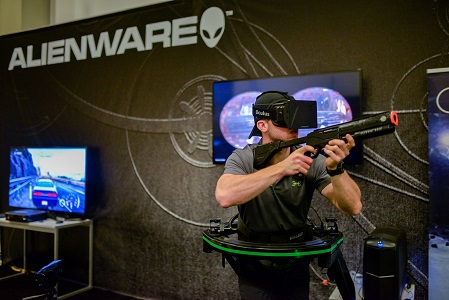 Dell’s Alienware gaming PC division had a booth that was a popular stop for many Dell World attendees. Many enjoyed trying out Dell’s virtual reality setup to play a first-person shooter game, which included virtual realty goggles and a movement simulator pad. As close to the Star Trek holodeck as we can get today. 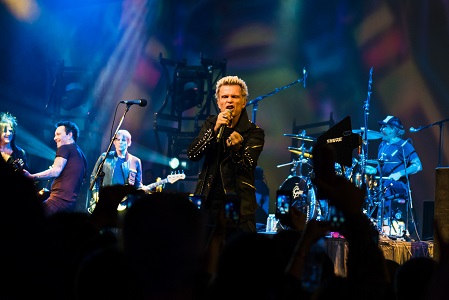 Camp Freddie rocked the Dell World opening party. The band brings on a host of guest stars to play cover songs, and among the guests to join them at Dell World were Chris Martin, Mark McGrath, Slash and Billy Idol.

Our full Dell World 2013 coverage
Dell heads to the cloud with Microsoft, Dropbox and Google
Michael Dell charts his course for “world’s biggest start-up”
For Dell, it all still starts with the PC
Dell will pay direct sales team to move more deals through partners
New tablets, laptops shown off by Dell at Dell World 2013
A tablet for every freshman is creating a big data university
Flash in the spotlight as new Dell storage offerings target data centre economics
Dell customers say jury still out on company going private

Jeff Jedras
A veteran technology and business journalist, Jeff Jedras began his career in technology journalism in the late 1990s, covering the booming (and later busting) Ottawa technology sector for Silicon Valley North and the Ottawa Business Journal, as well as everything from municipal politics to real estate. He later covered the technology scene in Vancouver before joining IT World Canada in Toronto in 2005, covering enterprise IT for ComputerWorld Canada. He would go on to cover the channel as an assistant editor with CDN. His writing has appeared in the Vancouver Sun, the Ottawa Citizen and a wide range of industry trade publications.
Previous articleThe IT channel mourns Nelson Mandela
Next articleSeniors will be the new frontier of smartphone adoption: Deloitte