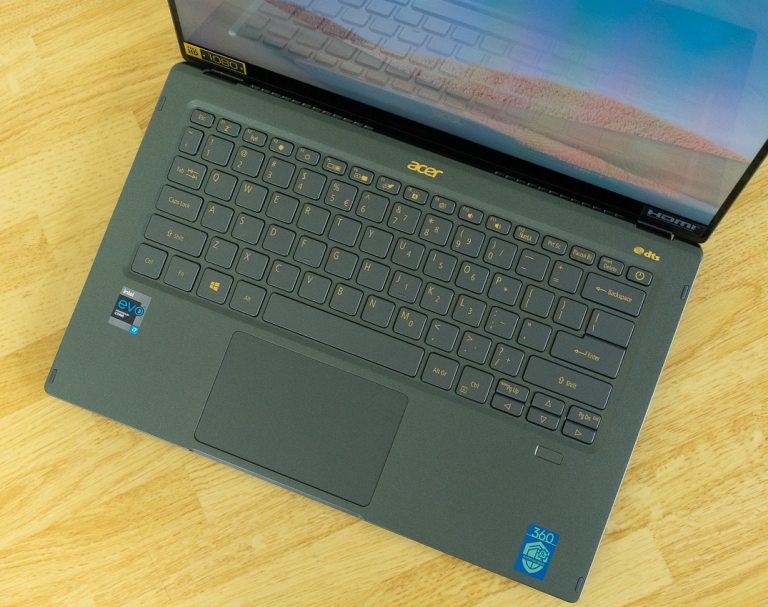 “Marketing” and “technicality” go hand in hand when companies try to grab your money. While what’s written on the box can be technically achieved, experience often contradicts expectations.

The duo flows rife in hardware advertisement. Examples are aplenty: some laptop’s advertised battery life can only be achieved under restrictive conditions, such as with Wi-Fi off and at the lowest brightness. Once unplugged, some laptops switch to a lower power profile to extend battery life at the cost of performance. The more tech-savvy will know to toggle the profile back, but an average user may need to go through a Google search before they arrive at the solution.  Monitor specs are also often filled with misleading specs, just watch this excellent video by Engadget. 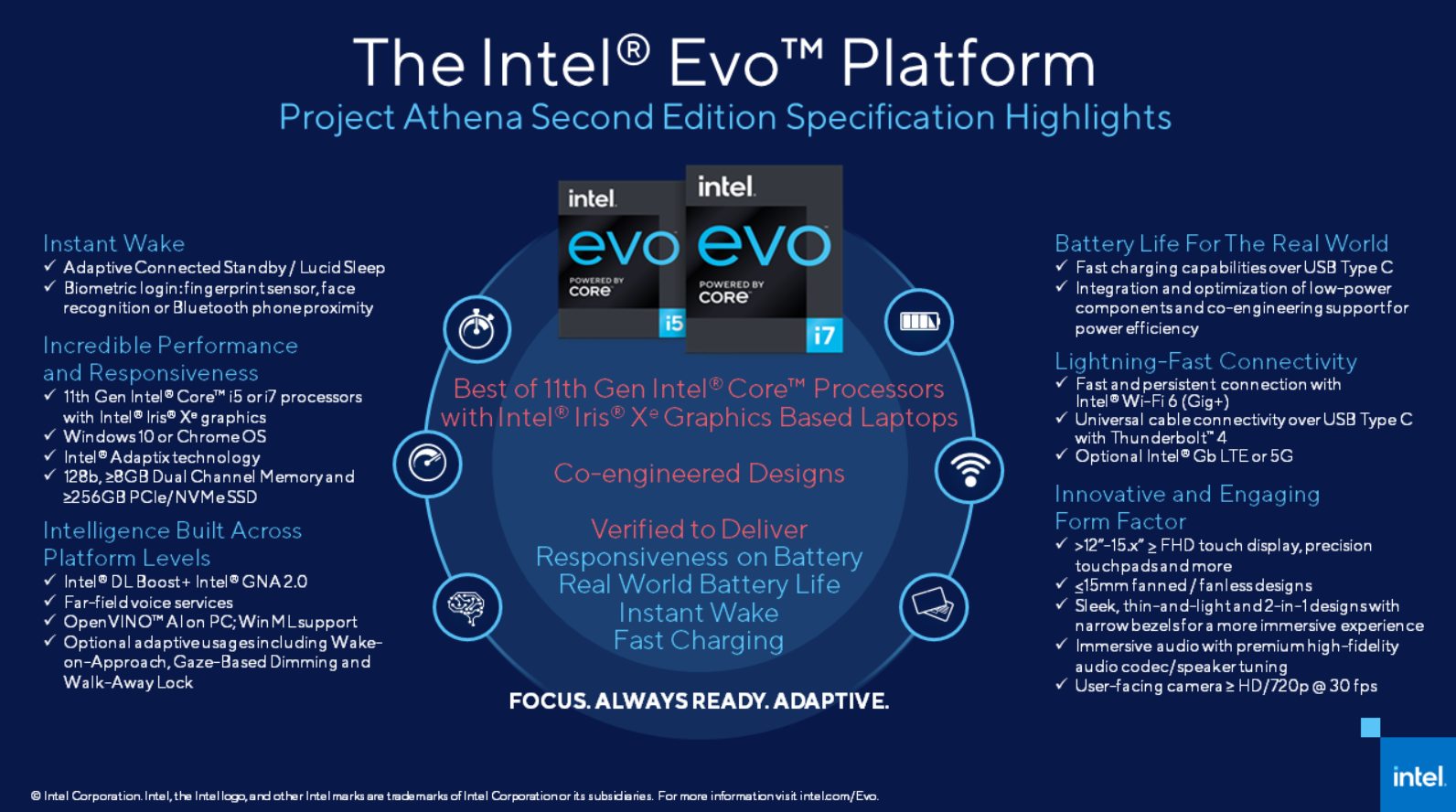 Fortunately, product reviewers can test devices’ actual performance by using synthetic and real-world benchmarks. But while these benchmarks build a relative performance hierarchy, their numeric results are often as nebulous to a buyer as the advertisements they aim to dispel. Moreover, grasping the technical details requires vigorous research, and hours more to scour for alternatives. The extra work is less than desirable; no one wants to toil over a purchase.

This brews an understandable frustration. Consumers just need an assurance that the product will work as advertised.

In 2019, Intel launched Project Athena to demystify both marketing and technical jargon in one fell swoop. With it, Intel created Key Experience Indicators (KEIs) that better reflect user experience. The certification guideline set parameters for connectivity, responsiveness, and battery life based on a realistic use case. It also specified port type, display resolution, physical design, and the inclusion of an Intel processor. Approved products get an “Engineered for Mobile Performance” sticker on their boxes, a reassurance at a glance.

Evo’s testing methodology was also amended to encompass local and cloud workload interactions. Intel said that people often have multiple cloud accounts logged in while at work. As such, Evo’s certification now measures the device’s KEI against 25 tasks, up from Athena’s 15.

By virtue of its stringent requirements, Evo certified laptops naturally tend to land in the higher-end. Acer’s Swift 5 is one of such devices: thin, light, and equipped with an Intel 11th-gen Tiger Lake processor, the 13.3-inch Acer Swift 5 targets productivity on the go. We were lucky enough to try it out over a weekend. 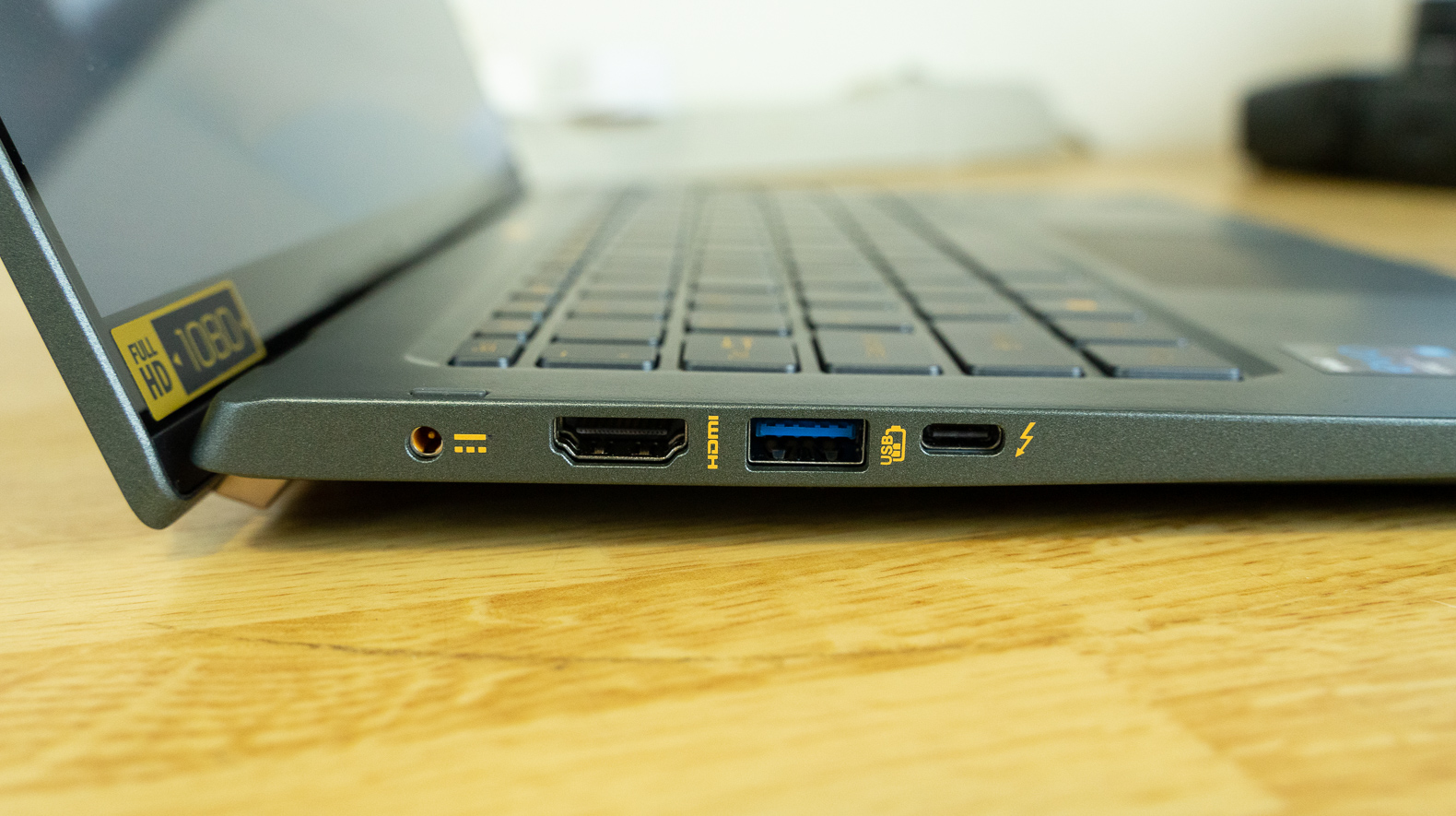 Because it isn’t yet available in Canada, we can only speculate its cost based on the previous generation. The Acer Swift 5 with Intel’s 10th Gen Ice Lake processor, 16GB of RAM, and 512GB of storage costs CA$1,499 at Canada Computers. Expect a similarly configured new edition to cost around that ballpark.

No matter how much Intel lauds its KEIs, benchmarks are here to stay. Intel’s Tiger Lake processor, based on the 10nm+ node, showed good performance in Geekbench and Cinebench. And as per the Evo requirement, it maintained its performance when on battery and when hooked up to an outlet.

Project Evo only needs a 1080p panel to meet its minimum requirement, and that’s what the Swift 5 came with. Granted, a higher resolution display would consume more power. While I was slightly annoyed at the “screen-door” mesh effect caused by the gaps between pixels, it took only a day to become accustomed to it. Personally, I value battery life over a high-resolution display, but 1080p is the lowest resolution I’d accept for a 14-inch laptop.

I didn’t expect the Acer Swift 5 to crash partway through PC Mark’s battery test. Because I ran the test on the last night of my loan period, I was unable to complete the battery test again. Before it crashed, however, the Swift 5 managed for 7 hours at 250 nits, the brightness target Intel tested its Evo candidates at. It had about 20 per cent of battery left.

While Project Evo drew solid baselines for hardware, I wish it had mandated a 1080p webcam. As capable as it was, the Swift 5’s grainy 720p webcam was a major shortfall.

Another headache is the laptop’s copious bloatware. Intel’s Evo spec doesn’t have any software requirements, so manufacturers are still free to clog the hard drive with all the bloat they want. I uninstalled 11 pieces of extraneous software in one cursory pass of the application list. They not only hogs needless disk space but also wastes time to scrape away.

Again, Intel’s Project Evo is really supposed to add confidence at a glance for an average consumer and abets benchmark numbers in more technical reviews. In a sense, Intel is vouching for the advertised performance on the box, and consumers won’t have to worry about the manufacturers cheating.

The quality assurance helps Intel as well. No component maker would want to mingle their products with short expectations and subpar experiences, especially for one as important as the processor, which is often synonymous with performance–even for a layman.

That’s not to say devices without the Evo standard don’t meet the performance targets they claim to hit. There are many devices that already meet Project Evo’s demands, and can likely be certified just by submitting it to Intel’s labs. For some, it’s only a matter of getting a sticker, while others need redesigns according to the specifications.

My first run-in with a Project Evo-certified laptop left a good impression. With consistent performance, lightweight, good build quality, and a great selection of ports, the Acer Swift 5 was definitely a reliable daily driver. More importantly, it hits all the guidelines laid out by Evo. I just wish its webcam was better and that it came with less bloat.

Project Evo is an iterative guideline that will continue to be revised as newer technologies develop and workloads change. As of now, there have been more than 20 Evo-certified laptops, and its future is looking quite exciting.

Tom Li
Telecommunication and consumer hardware are Tom's main beats at Channel Daily News. He loves to talk about Canada's network infrastructure, semiconductor products, and of course, anything hot and new in the consumer technology space. You'll also occasionally see his name appended to articles on cloud, security, and SaaS-related news. If you're ever up for a lengthy discussion about the nuances of each of the above sectors or have an upcoming product that people will love, feel free to drop him a line at [email protected]
Previous article
Western Digital’s new ZNS SSDs is optimized for muti-tenancy
Next article
Pure Storage expands Pure as-a-Service offerings, unveils new service catalogue