All Hands on Tech: Alienware 13 Review 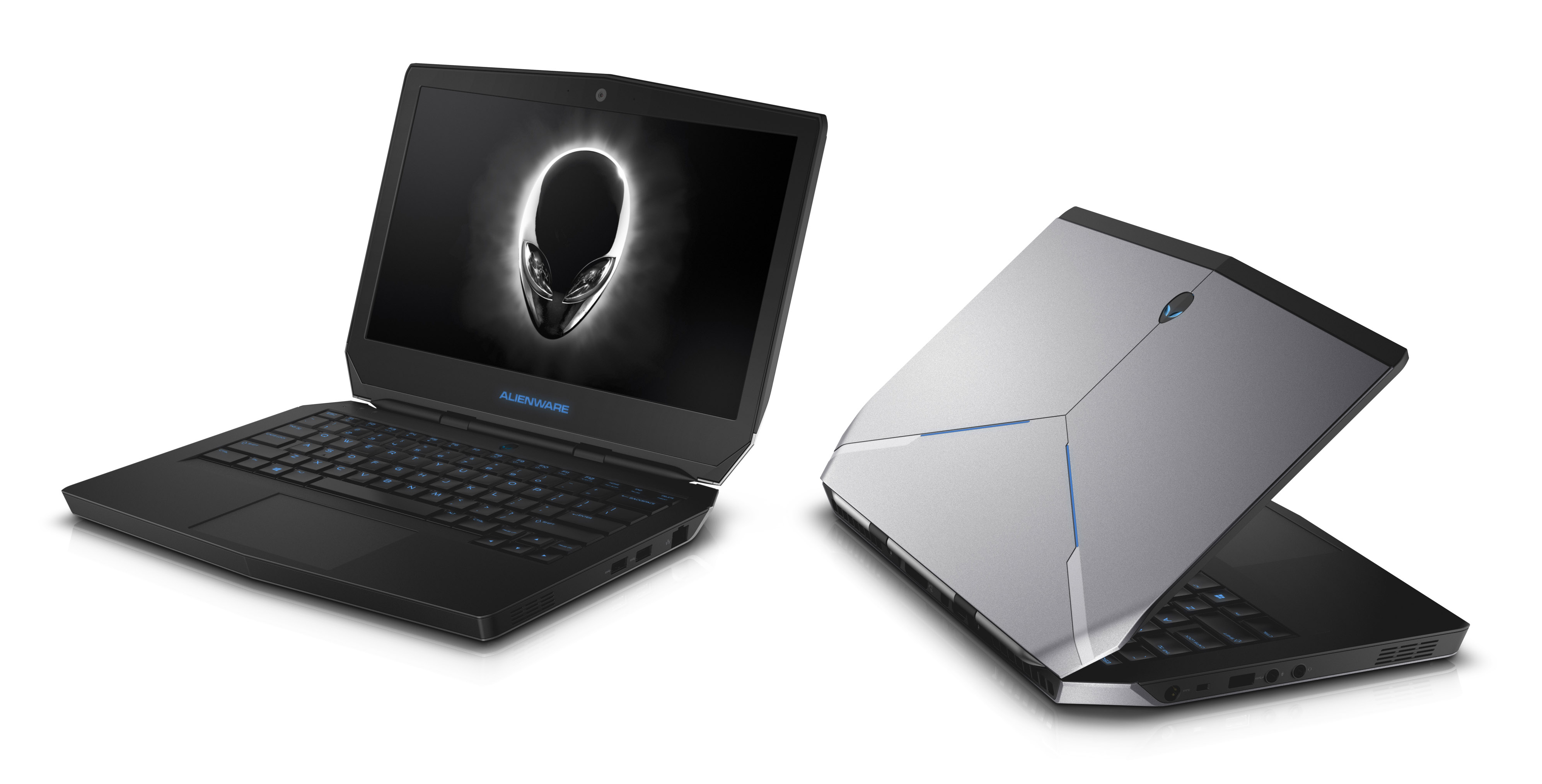 With the Alienware 13, Dell is trying to do things a little differently.

With this iteration, gone is some of the bulk that plagued other models, replaced by something a bit more compact; more approachable. Here’s how it stacks up.

The Alienware 13 has limited appeal, but it may not be such a bad thing.

At around 1″ x 13″ x 9″ and coming in at around 4.5lb, the notebook is on the smaller side – in fact, it’s supposedly the thinnest laptop Alienware has made. It still feels a bit bulky, but the smaller screen size make it a bit less noticeable.

Speaking of the screen, the 2560 x 1440-pixel touch display that came with my model is crisp and clear. Videos on the device were beautiful, and the speakers sound good as well. I had a great time editing photos on here thanks to its colour accuracy. 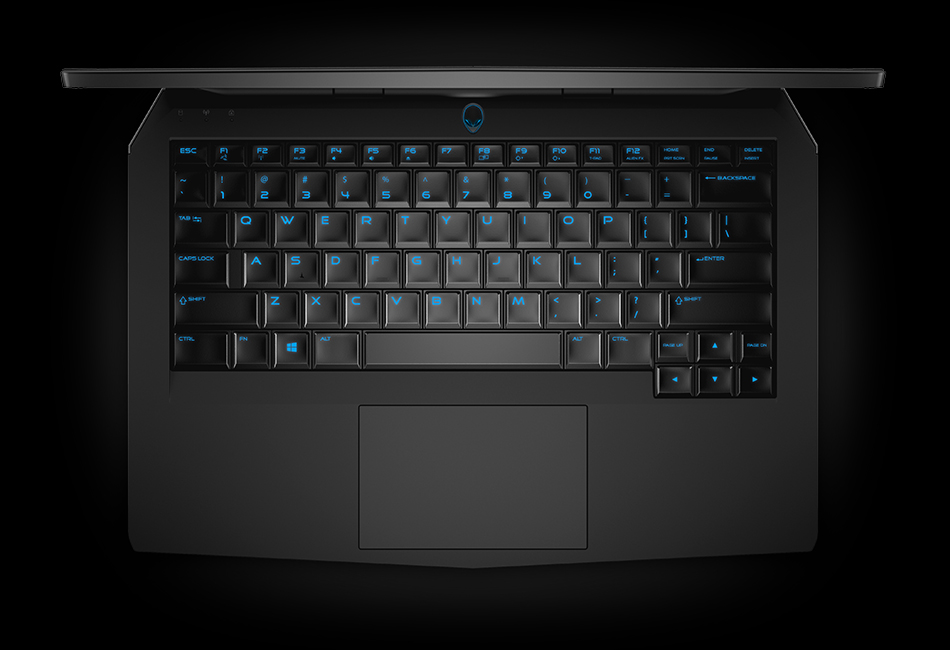 What may throw off some users is that certain applications that were not optimized for the resolution can render text and icons at strange sizes, such as desktop notifications appearing too small for the naked eye, but it wasn’t a big issue.

What is very unfortunate, however, is that the trackpad is one of the worst I’ve ever used. The basic function of scrolling seemed to confuse the machine. The mouse moves as the page is being scrolled, and other unintentional functions are called up quite often. Even clicking felt unresponsive and forced.

I would have liked to see an SD card reader built in among the ports for a little more functionality, but it’s important to note that none of these issues detract from an actual gaming experience. Just don’t expect this to exactly double as a great ultrabook or mobile workstation.

I should also add that with a very comfortable keyboard and decent sound thrown in there, the overall design of the machine has got it where it counts.

The Alienware 13 is compact and portable, but a “laptop” in the traditional sense it is not. This thing gets hot. Even with casual use, with the cooling fans blasting, the machine has trouble keeping its cool. While I probably didn’t need to, I ended up propping the machine up to let more air pass into the fans.

This heat comes at the cost of the battery life as well, which was standard in my usage. With casual use, it clocked in at about 1.5 hours on high brightness.

Where performance really matters, of course, is when it comes to games. Playing DMC Devil May Cry, action is fast and fluid with graphics on high settings, and has no visible lag even in high-intensity moments and looked and sounded beautiful. 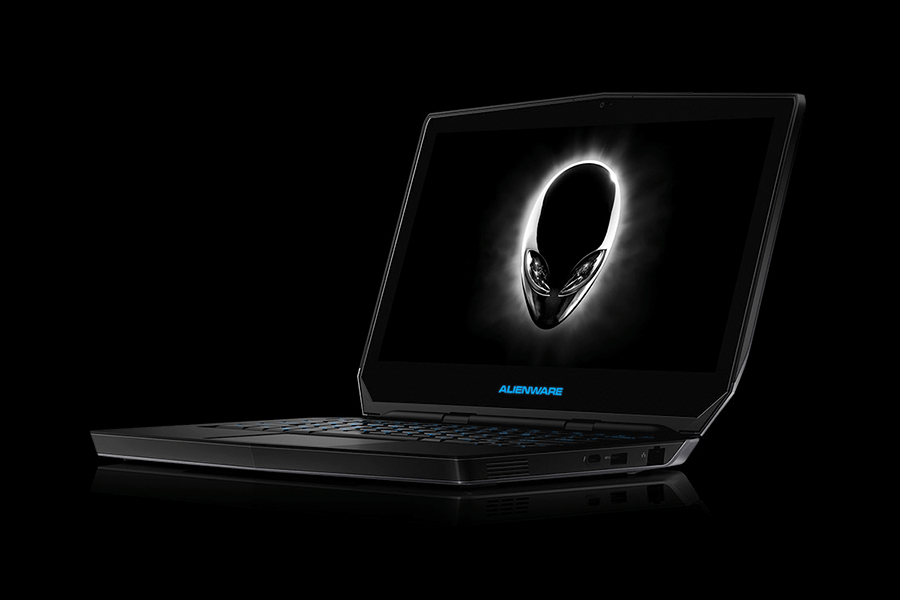 It’s an interesting idea for sure, and Alienware and Asus are among the first companies to try it out. This way, gaming laptops that were limited in their lifespan and appeal before can now be expanded when plugged into the amplifier at home, which can in turn be upgraded down the line.

However, in this case, the company should have reconsidered the cost-benefit ratio.

At its current price, a gamer has to spend at least as much on a laptop/amplifier combo as they would on a high-end gaming desktop if not more to achieve the same results, especially since the amplifier replaces the laptop’s graphics capabilities – it doesn’t add to them. 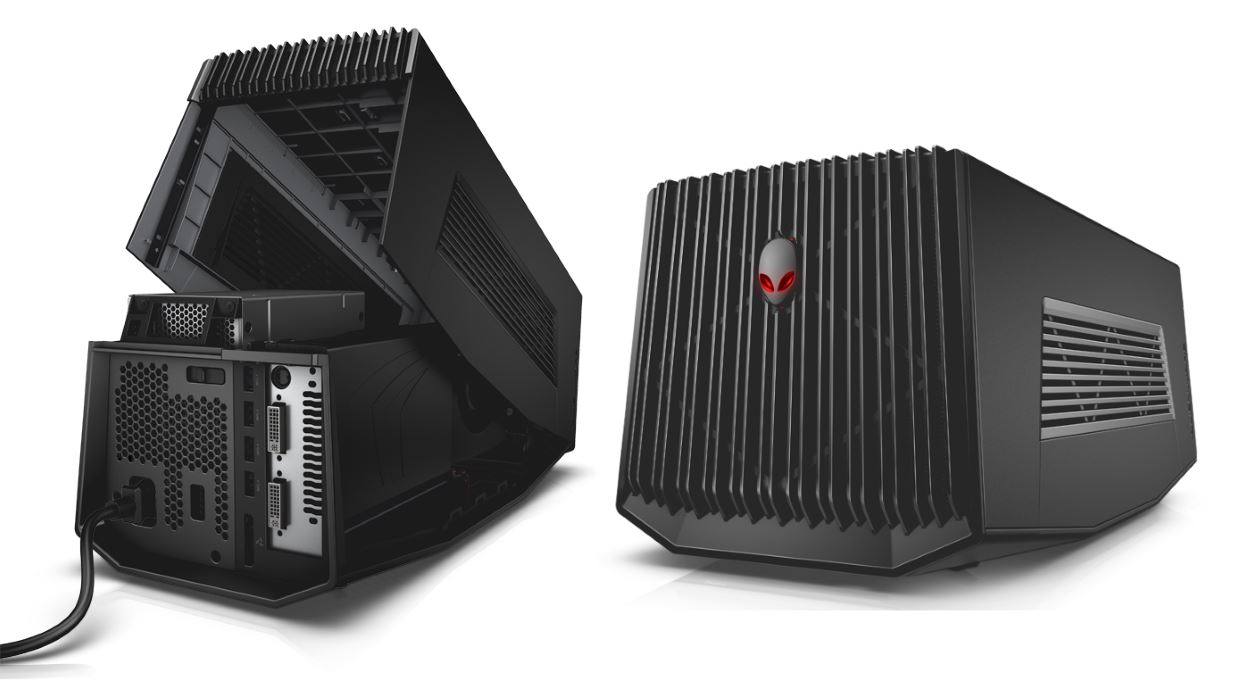 At this price, the benefit you would get from using the amplifier setup would be the ability to unplug and have a portable mid-range gaming laptop with you – nothing more. If anything, you may sacrifice some graphics capabilities in order to afford the mobility.

It’s also bulky. Perhaps a better form factor could have been a graphics dock of sorts that could provide other functions such as cooling while saving desk real estate.

Furthermore, we would have liked to see Alienware make this combination a more appealing option by lowering the price of the laptop or the Amp, which has very limited use until more compatible Alienware notebooks come out. At its current price point, gamers are much better off buying a desktop gaming rig that could even have better graphics capabilities.

On its own, the Alienware 13 is somewhat lacking in general-purpose use, but is a good option for gamers, and one that can be expanded upon by the Amp accessory.

Potential buyers of both the 13 and the Amp have to decide whether having that portability is worth the extra cost. How much gaming do you do when not at home? If the answer is very little, spending the same amount of money on a top-of-the-line desktop rig may be the way to go.

Otherwise, you’ll have a unique system that can scratch that gaming itch while on the go, with the option of true immersion while at home.