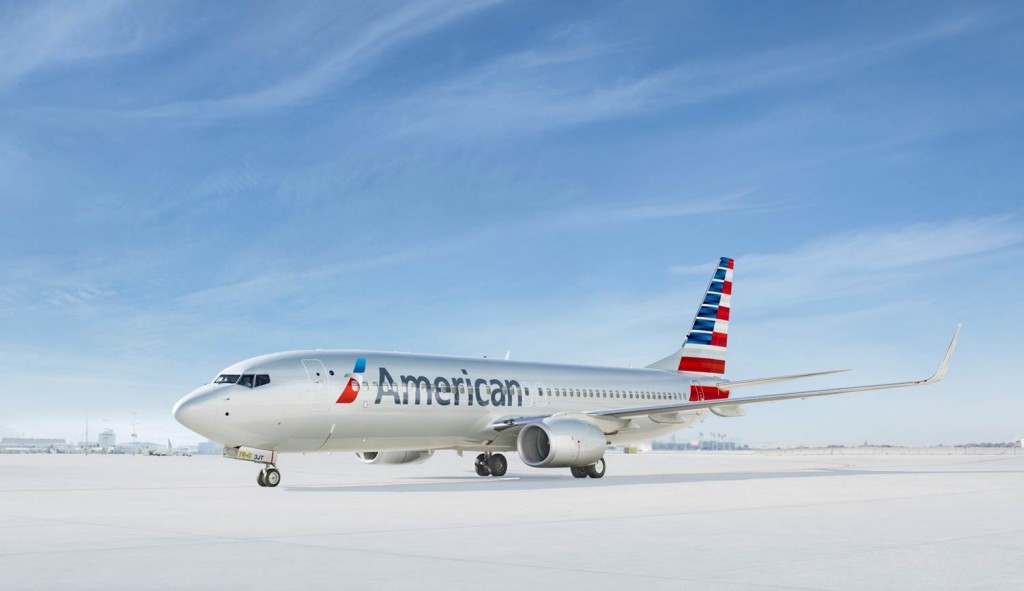 What does it take to digitize an entire airline?  Time, apparently, and heaps upon heaps of devices.

At the inaugural SOTI Sync conference in Toronto, Greg Perley, senior infrastructure team lead at American Airlines discussed how the world’s largest airline (by some measurements at least) went from pen and paper to being what he claimed to be the first certified electronic service.

“You’re hesitant sometimes to say that you work for an airline sometimes because you don’t want to get an earful,” Perley said, to chuckles from a 50-seat audience.

He said that the truth is, as much as we’ve all been inconvenienced by an airline at one point or another, the industry does continue to try to improve customer experience.

At first, various departments at the airline approached vendors individually to negotiate deals. This initial stage took place 12 to 13 years ago.

“You have cargo personnel, flight attendants, you have mechanics, you have ramp personnel, ground personnel, airport agents, ticketing … all those different lines of business they all have different needs,” Perley explained. “The company saw an opportunity to centralize that into an enterprise mobility team.”

While other companies may balk at the scale and complexity of the such an undertaking, American Airlines tried to focus on the positives, namely purchasing power and economies of scale.

And so, the enterprise mobility department began with just five people, with duties of managing vendors, working on the Wi-Fi solution and VPN solution.

Yet, the mobile technologies available a decade ago also limited the choices that were available to the company.

Examples Perley gave were pre-Windows Mobile cargo and mail scanners, which had interface reminiscent of DOS and POS machines used by flight attendants commonly referred to as “bricks.”

“There was no EMM, no mobile management solution,” he said. “You didn’t know if it worked or not.  I used to remember a gentleman, Charles, used to walk back and forth getting broken devices and fixing them with software.”

Through a service provider called Stratix, American Airlines was introduced to SOTI around 2006.

Over time, newer technologies developed. Among these were MobiControl from SOTI that allowed devices used for scanning luggage and flight load planning to sync in real time, helping up the company’s delivery rate.

“In our first year, we saved about $3.2 million,” Perley said. The former application developer explained that each bag misplaced costs about $50. Today, around 5,000 of those scanning devices are deployed in 380 cities around the world.

Those aforementioned “bricks” were also replaced.  Around 2012, Samsung Galaxy Notes, along with Motorola MC9000 devices and Xplore’s rugged tablets were given to the flight crew. Not only did these replace legacy point of sales machines, they, along with iPads for pilots later on also replaced compliance manuals and flight maps and charts, reducing the overall physical load that the flight crews were required to carry onto a plane.

“We were the first airline to be certified to go electronic from a flight service perspective,” Perley said.

While American Airline’s approach to mobility seems haphazard on the surface – with its ever growing collection of devices and operating systems supporting various apps and functions – it is actually using one of three strategies commonly deployed in the enterprise, namely “Corporately owned, personally enabled” (COPE).

The other two models, namely CYOD, or choose your own device from pre-approved corporately-owned or subsidized devices, and BYOD give employees increasingly more choice.

With COPE, the company issues specific devices to employees with approved apps (and banned ones) for them to use for work. While the personnel has less flexibility or choice, it allows the company to remain in full control of its environment. In the case of a government-regulated industry such as an airline, it seems to make sense.

Based on feedback, American also approved a selection of personal apps for employee use.

For every device that the airline has deployed, it saw return on investment. Eliminating a pilot’s kitbag not only reduces waste from printed flight maps, it also cuts up to 40 lb from a plane’s weight. Beyond the Electronic Flight Bag deployed on iPads, there are about 9 other apps that are now also in use. Thousands of apps across multiple vendors and operating systems are replacing some 10,000 legacy devices that were in American Airline’s arsenal.

Today, American’s deployment of MobiControl manages 54,000 devices across all business units. It is in the midst of upgrading to Windows SQL Server 2012 with a focus on security. It is also planning on evolving its mobility department into one that focuses on holistic solutions, services and disaster recovery, as well as deploying additional global servers.

Thanks to MobiControl’s ability to manage various operating systems, and due to the fact that many applications are not yet cross-platform, American Airlines is also not looking to consolidate its devices.

“What’s kept me at American these last few years is that it keeps investing in IT,” Perley said. “Mobility is part of that.”

Dave Yin
Digital Staff Writer at Computer Dealer News, covering Canada's IT channel.
Previous article
BlackBerry Priv – Is this the droid you’re looking for?
Next article
Canadians may be lured by Black Friday, planning on spending less this holiday: Report