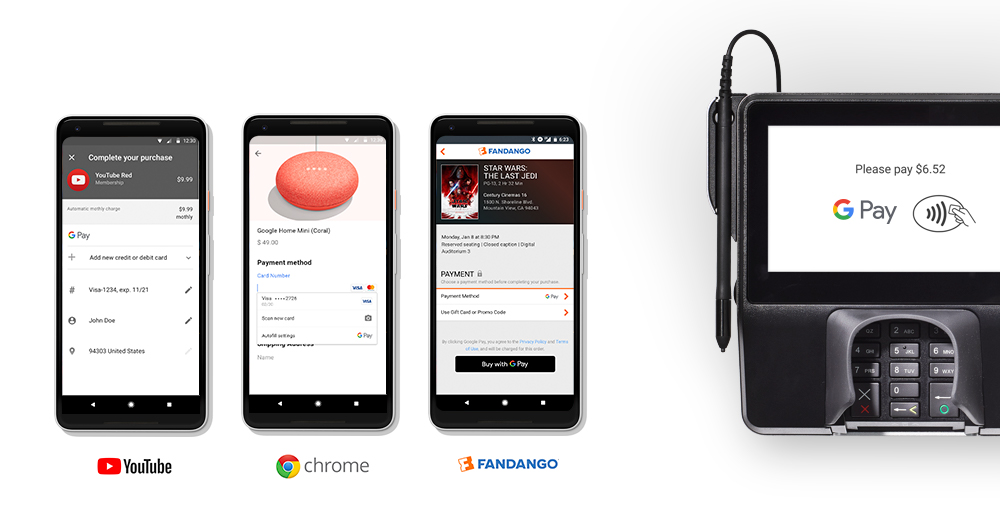 Android Pay and Google Wallet have now merged into a single payment brand under Google Pay.

Existing users of both services will be able to “speed through checkout with peace of mind,” according to a Jan. 8 announcement, by making it easier for them to use payment information saved on their Google Account.

In the coming weeks, Google says Google Pay will be found online, in stores and across other Google products.

Google is also working with several U.S. retailers on promotional items, such as $5 off a Fandango ticket or $10 off an Instacart order to motivate people to sign up.