Apple wants you to buy its $999 monitor stand, but it’s not the only option

Apple Inc. released its Pro Display XDR in parallel with the updated Mac Pro at its World-Wide Developer Conference yesterday, and its new $999 monitor stand garnered a lot of attention.

Alongside the Pro Display XDR, Apple demonstrated its new Pro monitor stand, which can smoothly transition between a variety of angle adjustments and swivel to turn the monitor into portrait mode. Apple priced this stand at $999 USD and won’t be including it with the monitor. In addition, Apple also announced a VESA monitor mount adapter for $199 USD. 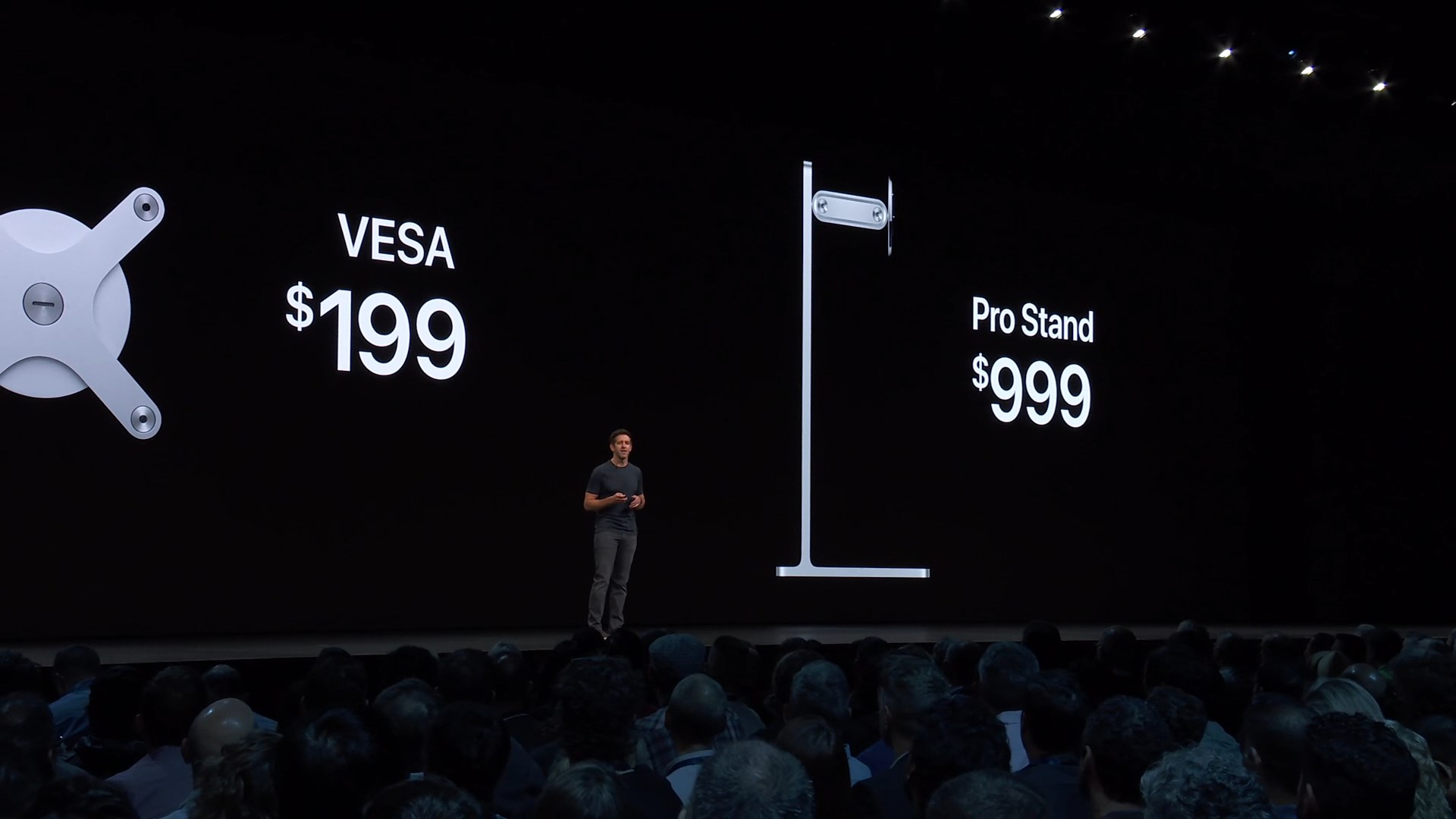 While many have been baffled at the stand’s stratospheric pricing, it’s not the only option. Because it supports a VESA mount, it can be installed on any third-party VESA compatible stand. Although they don’t have the most innovative nor flexible hinge, quality stands can be bought for a tenth of the price Apple is charging.

A quick refresher on the Pro Display XDR monitor

Designed for creative pros, the Pro Display XDR features a 6K resolution in its 32” panel. It fully covers the DCI-P3 color gamut with 10-bit color depth, and its new backlight can maintain a 1,000 nits constant brightness or 1,600 nits peak brightness. And despite not being an OLED, Apple touts a 1,000,000:1 contrast ratio, though we don’t yet know if this is dynamic or static. During its WWDC presentation, Apple compared Pro Display XDR to a reference monitor and guaranteed its color accuracy. The monitor starts at $4,999 USD with a glossy screen and $5,999 USD with an anti-reflective glass etching. 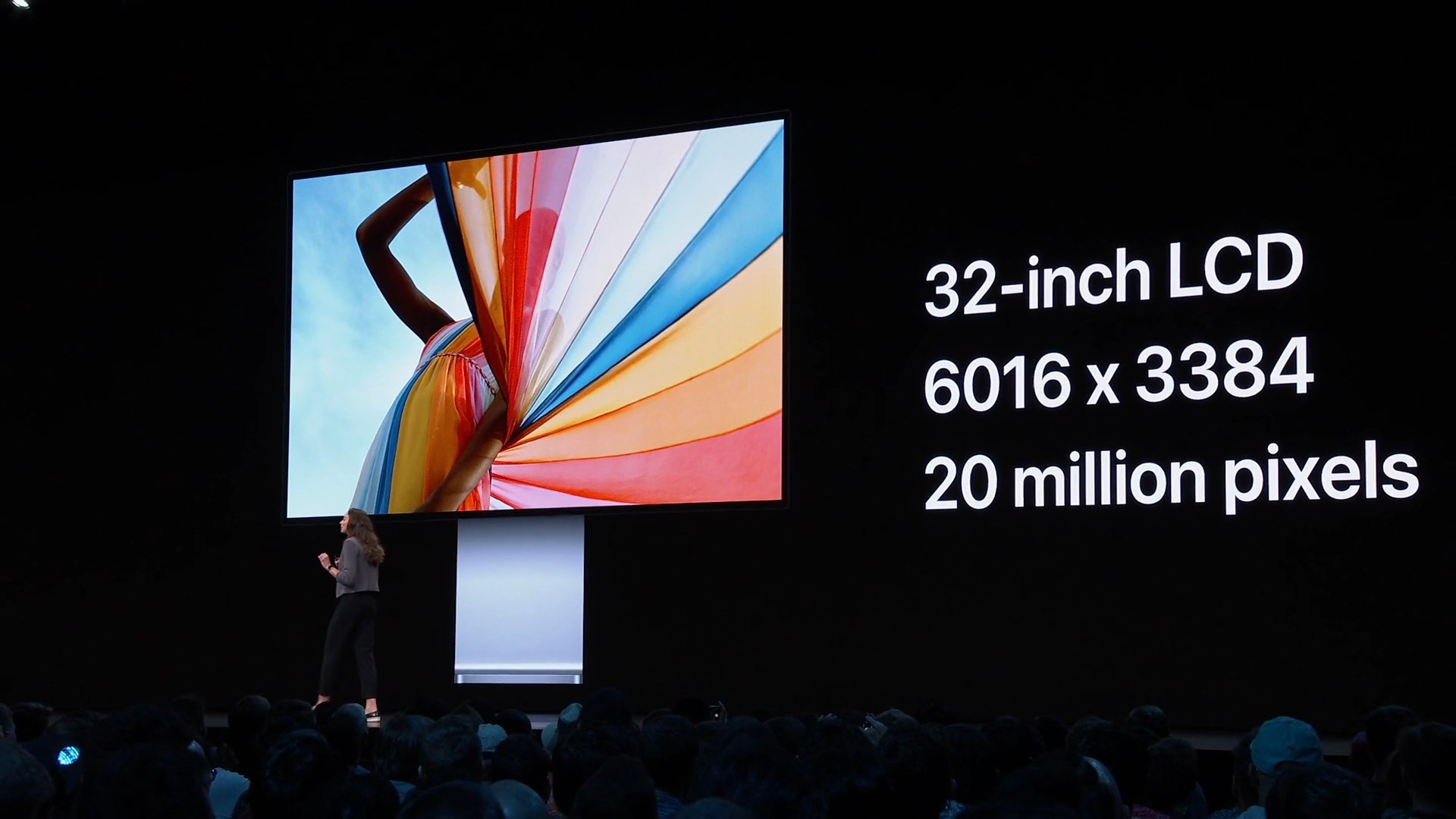