At Lenovo, P is for workstations

Lenovo is making a major play in the workstation market, which offers healthier margins than the traditional PC business, with the launch of its new ThinkStation P Series workstations.

According to the Chinese vendor, the new Lenovo workstations have been rebuilt from the ground up. The Lenovo ThinkStation P900, P700 and P500 workstations join the P3000, an entry-level model launched in May, and is aimed at professionals in the engineering, architecture, media and entertainment, oil & gas, medical & science and finance verticals that need high-performance computing power.

“After a period of intensive research, development and testing, we’re excited to introduce our next generation workstations to the market, as we truly believe this is the best designed workstation ever,” said Victor Rios, vice-president and general manager for workstations with Lenovo, in a statement. “We built on the advancements delivered in our 30 Series workstations and engineered the P Series with new levels of innovation based on extensive customer feedback. The result for users is optimum performance, outstanding reliability and unparalleled usability that is unlike anything they have experienced.”

Lenovo is touting the ease of use of the new P Series with tool-less upgrades and integrated handles, something HP and Dell have also brought to their workstations in recent years. Other features include red touch points to facilitate component changes, QR codes on components for quick access to support information, and a diagnostic port compatible with Android-based devices via USB. 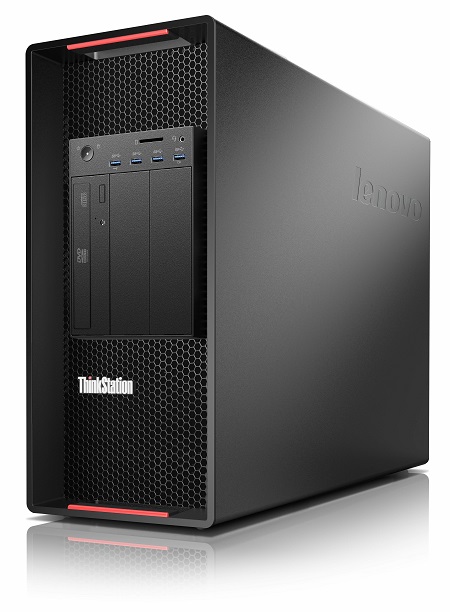 On the cooling front, Lenovo is touting the P Series’ new tri-channel architecture for improved cooling of key components and a new fanless, multi-channel air baffle for maximum air flow.

“We want our customers to know that we listened to their demands for a higher-performing, more reliable and more usable workstation, and our ThinkStation P Series represents our response to those demands,” said Rob Herman, director, worldwide workstation product and vertical marketing for Lenovo, in a statement. “We’ve partnered with the best technology makers in the world and engineered these new workstations to be more intuitive, flexible and powerful than any workstation technology available, regardless of the level of user.”

The new models will be available later this year through the Lenovo channel.