Avaya’s ‘All-In’ strategy resonates with partners, but expect a wait and see approach in Canada

PHOENIX — Cathy and Dave Waddle of Network Telecom remember the introduction of fax machines and voicemail; innovations that made huge waves in the market once they finally made their way into business offices in southwestern Ontario.

When it comes to Avaya Cloud Office (ACO) by RingCentral, the fundamental public UCaaS offering that Avaya is launching in Canada late Spring – roughly a month after the U.S. launch – the two heads of the Kitchener-based Avaya partner expect another relatively slow rollout.

According to Cathy Waddle, the company’s sales manager, the reason is simple.

“A lot of customers in our area can’t get good fibre internet access,” she told Channel Daily News.

And it means they can’t upgrade their Avaya IP Office phone systems.

Some customers still haven’t even ditched their Avaya (Nortel) CS1000 communication servers, a workhorse that reached end of life last year but remained supported by partners like Network Telecom.

Avaya’s installed base was ‘ripe for the picking’ last year, but that’s no longer the case, says CEO

Network Telecom was the recipient of Avaya’s midmarket channel partner of the year award at Avaya Engage this year; a direct result of the small shop’s active service in an area where on-premises deployments account for 95 per cent of the business.

ACO will reduce that percentage, but not right away, indicate the heads of Network Telecom.

And that’s perfectly fine with Avaya, according to John Brinton, Avaya’s vice-president of North American channel sales. Brinton joined Avaya in December after exiting his role as president of cloud at Mitel.

“I did see one of our competitors recently give a march or die message to the channel. You can’t tell your channel partners what to do. You tell them that your strategic intent is in their best interest,” he told reporters during a roundtable session at Engage this week.

That message, which includes a heavy emphasis on SaaS subscriptions and turning customer service into multi-experiences, is extending into the master agent community as well, indicated Brinton. Avaya has tried to engage with master agents since 2018 but didn’t boast a strong enough portfolio until now.

“We had an ACO breakout targeted at master agents and agents. There were 200 attendees at that session,” said Brinton.

Avaya’s channel leadership, which includes David Robertson, the Canadian managing director and president of sales, didn’t shy away from saying some partners wouldn’t be “All-In” on ACO right away, opting for a wait and see approach instead. 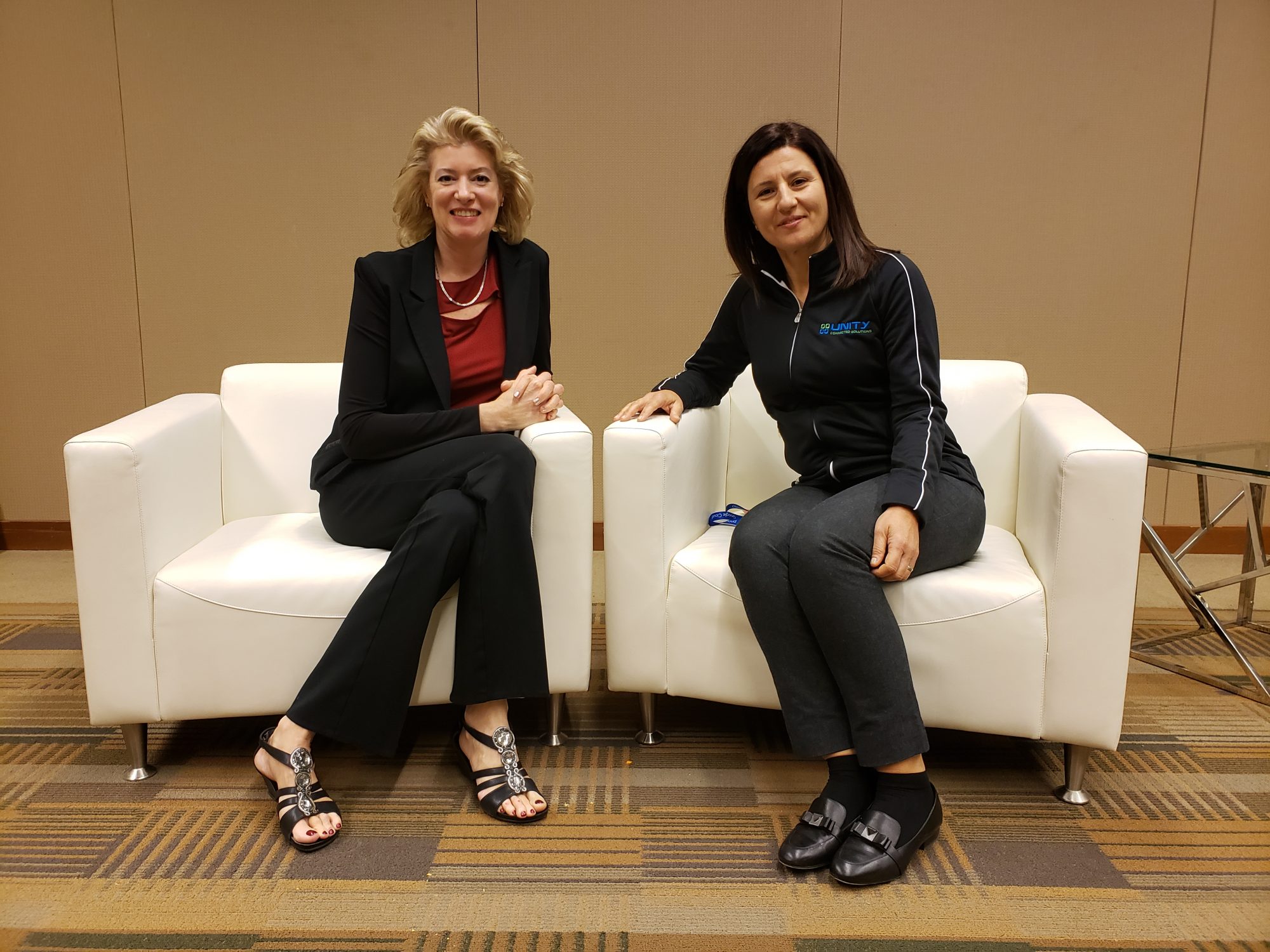 But Avaya is adamant that ACO is the single cloud product it wants to spotlight moving forward.

“We don’t want partners to be confused by the Powered By messaging,” said Brinton, noting how Avaya is still “committed” to IP Office, but that it wasn’t an “attractive financial model” for the company as it entered into the strategic alliance with RingCentral.

One of those partners with significant investments in Powered By IP Office is Newmarket Ont.-headquartered Unity Connected Solutions, a previous Avaya cloud partner of the year recipient.

ACO is undoubtedly an eye-catcher, but because of Unity’s big bet on Powered By, the migration plan for the company’s UCaaS strategy is still a “work in progress,” according to Suzanne Sadowski, sales manager for Unity Connected Solutions.

When asked if the ACO rollout in Canada will be successful, she said it would be if the value-added relationship between Avaya and its value-added resellers remains intact.

More to the strategy than ACO

While the final roadmap for partners is still a work in progress, Avaya executives reminded partners of the other selling opportunities across the Avaya portfolio.

Avaya devices under its Device-as-a-Service (DaaS) model include the “Vantage” portfolio, as well as the Essential Experience series of J100 phones, and the Avaya B179, B189, and B109 conferencing devices.

Avaya Spaces, the company’s cloud meeting and collaboration application, got a significant facelift this week as well.

*Alex Coop is attending Avaya Engage as a guest of Avaya’s. Avaya did not review this article before publication.