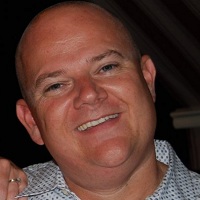 Stevens, a board member of the Canadian Channel Chiefs Council (C4), recently left the same position at SAP Canada. Stevens will have the official title of Partner Sales Lead at AWS Canada.

He now joins his former Microsoft Canada teammate Eric Gales who was appointed country manager at AWS’s Canadian subsidiary this past October.

Amazon has been providing Web services offerings in Canada since 2005, but never established roots in the country until now.

The company’s managed service provider program was first announced at its AWS re:Invent program last year, where the company promised increased support for its partner ecosystem, including increased spending and training.

The appointment of Stevens comes at time when AWS acquired Elemental Technologies, Inc., a vendor in software-defined video solutions market specific for multi-screen content delivery. The acquisition brings together Elemental’s video solutions with the AWS Cloud platform for its media and entertainment offerings.

And, AWS just made available Amazon Aurora, a MySQL-compatible database engine with open source databases, to Canada and the rest of the world. AWS announced that more than a 1,000 customers ranging from global enterprises down to start-ups participated in the Aurora preview before launch.

Amazon has unveiled a new delivery drone in video, is testing in Canada