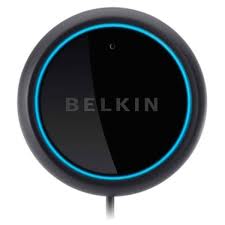 Cisco Systems has unloaded its Linksys business, which over the years became an orphaned unit at the networking giant.

The financial details of this acquisition have not been released because Belkin is a private company.

However, CDN has learned that all Cisco Linksys employees will be retained and the Linksys brand will still be used. How Belkin positions similar home and small-business networking products in the marketplace is still up in the air. Another interesting side deal is that Cisco entered into a partnership with Belkin to collaborate and innovate with them in improving products and expanding the marketplace for Belkin.

The two companies also want to work on initiatives such as retail distribution, strategic marketing and products for the service provider market.

One of the keys to this strategic partnership for Belkin is having access to Cisco’s specialized software solutions across all of its product lines. The company believes it will bring a more seamless user experience for customers.

Chet Pipkin, CEO of Belkin, released a statement saying the two organizations share many core beliefs and have similar beginnings.

Both share a passion for meeting the real needs of customers through the strengths of an entrepreneurial culture. Belkin’s ultimate goal is to be the global leader in the connected home and wireless networking space and this acquisition is an important step to realizing that vision.

Belkin will also honour all valid warranties on current or future Linksys products. After the transaction closes, Belkin will account for approximately 30 per cent of the U.S. retail home and small business networking market, according to stats provided by the company.

Cisco acquired Linksys back in 2003 and at the time it baffled the marketplace.

Canadian channel partners, research analysts and rival told CDN at the time they were surprised and bewildered by Cisco’s decision to enter the home networking market through the acquisition of Linksys.

The Linksys deal ended up costing Cisco $500 million in stock. Then in 2008, Cisco added another $120 million into its Linksys business with the acquisition of Pure Networks, a Seattle company that developed software aimed at making home networking easier. Cisco currently uses software from Pure in its Linksys Easy Link Advisor, a product that helps Cisco customers set up their home networks.