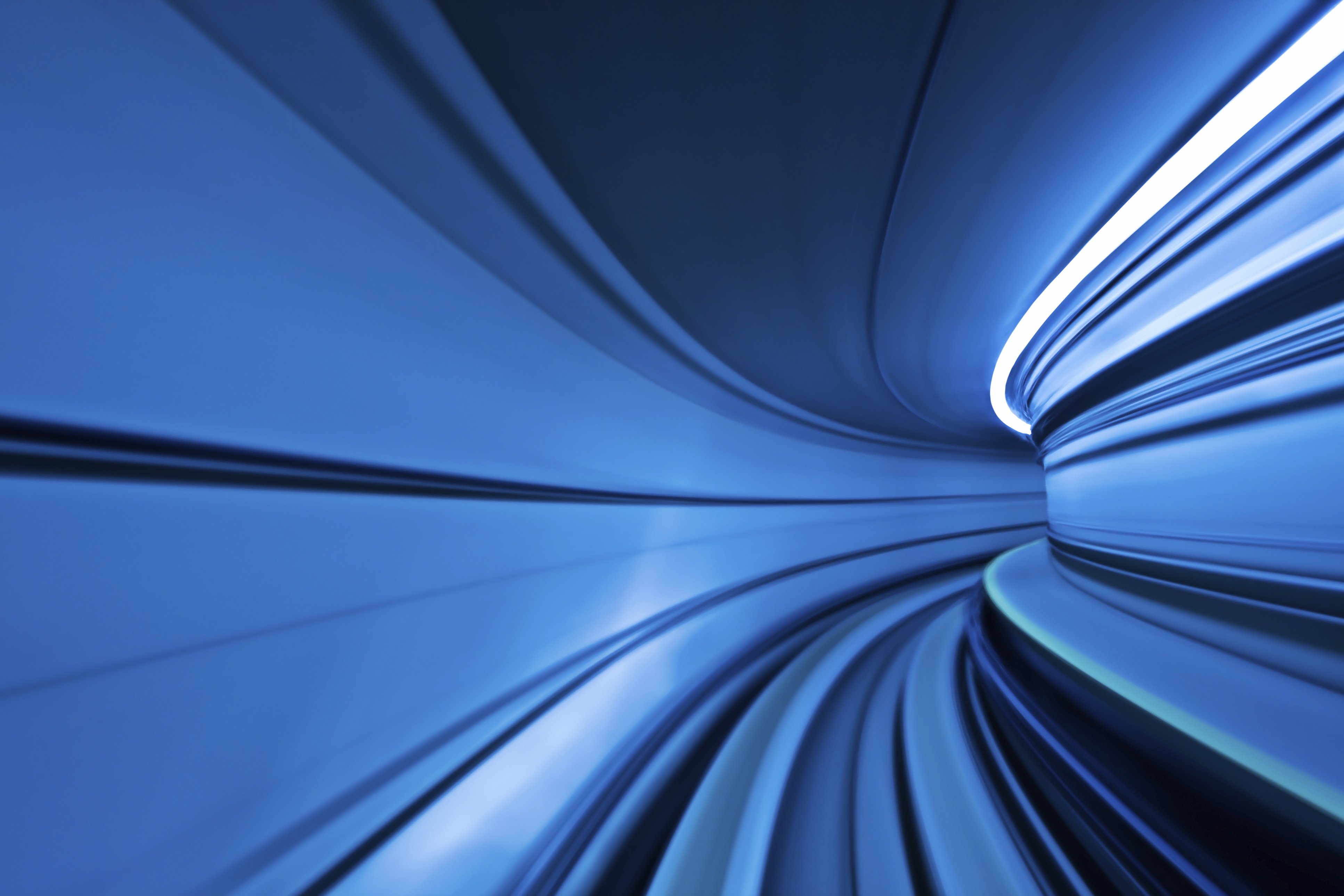 Bell Canada has filed a petition to the cabinet in its latest effort to overturn the new internet wholesale rates set by the Canadian Radio-television and Telecommunications Commission (CRTC).

The petition called for the Trudeau government to reverse CRTC’s lowering of the wholesale internet prices major internet providers can charge.

“The Commission’s approach, consistently favouring resellers by systematically lowering wholesale broadband rates, has now reached the point that the rates are below our costs,” wrote Bell in its petition. “Incentives to invest are in many instances eliminated and consumers are being deprived of higher speed internet service as providers withdraw uneconomic offerings from the retail market.”

Bell noted that CRTC’s new wholesale price halved resellers’ cost of providing the service and, if the pace continues, then network investment will be “significantly curtailed, especially in rural and remote areas.”

In addition, Bell said its other communication projects like 5G and fibre-to-the-premise could be stifled as well.

CRTC’s actions also drew criticism from other ISPs. Both Shaw Communications, which owns Freedom Mobile, and Cogeco expressed their dismay in their respective press releases on the same day Bell filed its petition.

The Canadian Internet Registration Authority (CIRA) voiced its disappointment about the appeals. 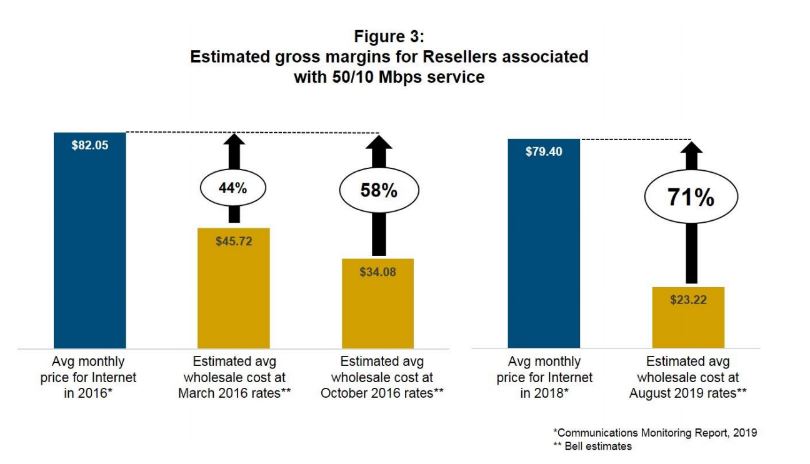 Bell’s infographic, screen capped from its petition, shows that internet resellers have been enjoying high gross margins since 2016.

“We’re disappointed to see that Canada’s big internet service providers are once again appealing the CRTC’s decision,” said Bryon Holland, president of the CIRA. “The writing on the wall is clear. We believe the Commission is on the right path with their decision. Fair wholesale rates are essential to ensure more Canadians can access competitive, high-quality internet services.”

Bell and Rogers are categorized as facility-based internet service providers (ISP) as they build network infrastructures. In order to maintain competition, CRTC mandates that facility-based ISPs loan a portion of their networks to resellers at prices set by the CRTC.

In return, the resellers’ must pay a fee which includes cost of capacity, the monthly allocated bandwidth to each subscriber, and cost to access, the use of data transport infrastructure.

The CRTC set a new interim wholesale capacity rate in 2016 after it had determined that the providers were charging unreasonable prices. On August 15, 2019, the CRTC further slashed capacity cost by 15 to 43 per cent and access costs by three to 77 per cent.

More importantly, the price cuts are retroactive to 2016, meaning that the major ISPs may need to compensate resellers millions for the past three years. Bell estimated the collective total to be around CA$357 million. It claimed that this could equate to a year’s worth of HSA wholesale revenues for the company.

Shortly after the change was announced, five major providers–Rogers, Shaw, Videotron, Cogeco, and Bragg Communications–asked the Canadian Federal Court to reverse CRTC’s decision. In response, the Federal Court temporarily suspended the CRTC’s pricing until it can determine whether it should grant a hearing to the ISPs.

“The windfall received by resellers thanks to the lower wholesale rates will yield no countervailing benefits for consumers or in terms of reseller investment”, wrote Bell. “Resellers are under no obligation to pass on to consumers any of the material savings from wholesale rate reductions.”

According to Bell, its wholesale HSA capacity rate has been compressed to a tenth of its 2013 level. Image source: Bell’s petition.

Although Bell insisted that lowering wholesale rates would yield no tangible benefits for subscribers, the updated costs had immediate impacts. On September 13, Ontario-based internet reseller Teksavvy announced reduced pricing or free plan upgrades to 85 per cent of its customers. Similarly, the Toronto Star reported that Distributel Communications had also upgraded its customers’ plans for free.

Start.ca CEO Peter Rocca said that the CRTC decision has allowed savings to be passed on to the customers, with some internet subscription cost falling by $20 to $70 a month, the Star reported.

“The impact of the rate inflation was devastating to competitors and an unjust windfall for the big telcos,” said Andy Kaplan-Myrth, vice-president of Teksavvy regulatory and carrier affairs in a press release. “For years, we struggled to compete and lost out on many opportunities to invest in our own networks, our businesses, and innovations.”

On the flip side, Videotron, a facility-based ISP in Quebec, removed its gigabit service following the price change, citing that it could no longer afford it with the new regime.

“We strongly believe that both the process used and the conclusions reached by the CRTC were and are deeply flawed,” commented Pierre Karl Péladeau, president of Quebecor, the parent company of Videotron, in its Q3 2019 financial summary.