Beyond the glamour of devices, there’s a storage issue 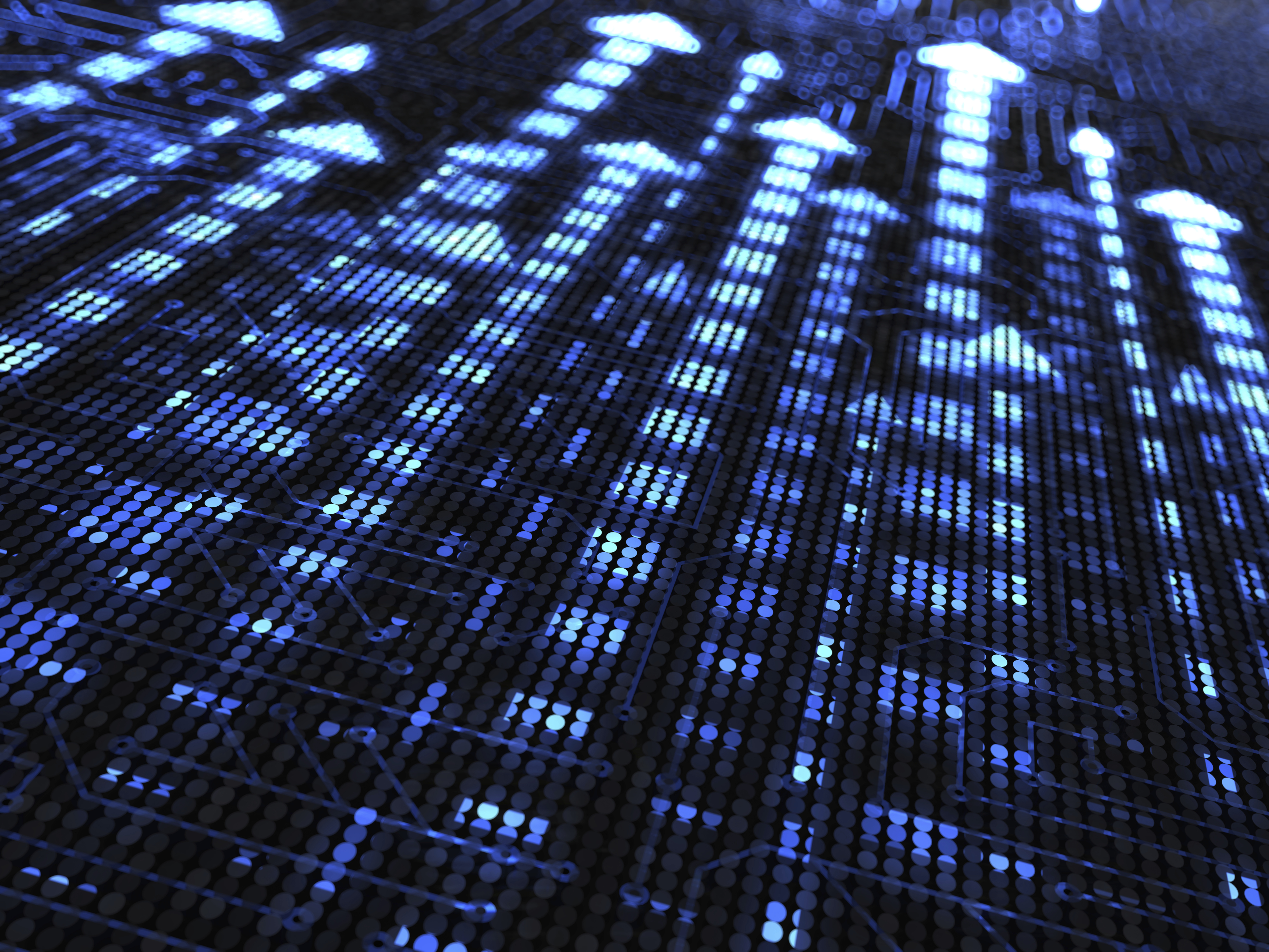 To me, the most exciting part of the computer and the high tech industry is also one of the dullest … storage. Oh sure, we like the new smartphones, tablets, ultra ultra HDTVs and ultrabooks they showed at CES (Consumer Electronics Show) and all the bling folks come up with to personalize them; but really, without storage they’re just… Just can’t figure out why it’s so maligned. A few have even proposed that like the post-PC era (ain’t true) we’re about to enter the post-storage era. You know — available, cheap, persistent, saving, protecting. Your stuff will just be there … no lost pictures, no crashed disks, and no work product suddenly disappearing. Storage Everywhere Until utopia is here, we’ll still attend Storage Visions (just before CES).

The Internet everyone wants to own

This year’s event featured Yoshiaki Shishikui, Head of Advanced Television Systems Research Division for Japan’s NHK Broadcasting, who explained the work they did for the Summer Olympics and what TV is going to be like in 2020.

While folks ooohhh and aaahhh at Ultra Ultra and Ultra HDTV content, NKH’s Shishikui-san gave the Storage Visions attendees a peek at the kind of Super High Video (SHV) viewing they can expect in 2020. The Japanese firm tested its next-generation work at this year’s Summer Olympics in Britain and it was/will be breathtaking. It’s all in the capture, post production, distribution and presentation. – Super high video (SHV) made you feel like you were right there with natural 3D imagery and 22.2 multichannel sound (talk about immersion!). Every step, from capture to delayed viewing required … tons of storage. The way the woman in green explained the games was, “I’ve been watching you all night from across the room.” No wonder IDC had to upgrade the world storage requirements from 30ZB to 40ZB.

IDC states that even with their overly optimistic projections on the volume of content people around the globe will produce, we’re continually amazing them. Last year, they boldly said we’d produce 30ZB of contentby 2020 and BAM!!! They had to increase the volume to 40ZB this year. While a lot of it only streams by and disappears, big storage buckets are still urgently needed by users, IT departments and cloud services. Fortunately, a lot of that stuff will be transient – streaming music/video – and will never be stored. Frank looked at the data flow and commented, “I’m here to keep you alive, not help you shop.” That’s a good thing because even if all of the storage suppliers – HD, flash, tape, optical – deliver on Gartner’s and IDC’s optimistic projections, suppliers barely keep up with demand … all of it. Of course, that assumes we consumers get ours first!

Desktop/ultrabook PCs have taken a breather in sales, but the category is far from dead as some claim. For the younger crowd, tablet and smartphone usage (and replacement purchases) will be a higher priority because of their convenience, battery life, instant connective capabilities. Heck, we don’t want much … 32GB on our smartphone, 64GB on our iPad, 4800GB OWC SSD in our ultrabook, 1TB OnTheGo portable drive, two 4TB NewerTech home clouds. Who gets the rest? IT Data Struggle Haggard IT people and cloud sellers (formerly called outsourced storage). They like, need that storage because they not only store their stuff but they also store all that really rich, really informative big data. According to IDC, that big data isn’t just the average 1.8M GB of information you create annually, but also that 4.1M GB of data. It probably doesn’t include all of your YouTube videos, photos, social postings and yes, that machine to machine data about you and everything. Of course, everyone wants to study that information … you know–companies, retailers, hackers, whackers and cyber bad people.

In IDC’s Mixed Cloud report it states that organizations and individuals are shoving about almost everything they can into the cloud storage solutions, even though they aren’t exactly certain what the parameters, safeguards and availability are. The only people who have a good handle on the situation are the people who are out to disrupt activities or borrow information. But most of it just sits there untagged, unanalyzed, unused because each department has its own silo of readily valuable data, and they don’t share. Even though everyone has their own silo of your information, you don’t have to worry because most don’t have the tools or talent to handle all the heavy work. So, it just sits in the data warehouse until someone gets around to doing something. Looking at the mess Frank explained, “I said this house is wide open and you people have no clue what real security is or what it takes to achieve it.” It probably shouldn’t bother you too much except a lot of that information isn’t protected…crud!

Another IDC report has Big Data, social media posts, video or business/government documents and data, material is being produced and stored somewhere/anywhere in an increasing volume. The problem is that much of the data isn’t protected or secure, and the problem only continues to grow. Yep, it’s just sitting there naked to the world … maybe. Maybe not. Have you checked many (SLAs) service level agreements lately? Or, as Rachel stated, “Farmer, this is the part you *do* get paid for!” What Content? Even if you’re a big company that has material stored in someone’s cloud that you really want to save for legal/business purposes, it could disappear. What if you have valuable, historical content you’ve asked them to archive? You know, keep it until you need it? After the first year, about 80 percent of the content that is stored – even video content and movies –is seldom accessed. It just makes you feel warm and fuzzy to know the information is there … just in case. So? It may not be something you think much about unless you pay the data center bills. Forget the hardware cost, building cost, staff cost.

Cloud storage sounds great and is in increasing demand. To meet the needs, enterprises around the globe are building massive cloud data centers to store all the stuff. The challenge/issue is that they require huge volumes of power to be instantly available, which is having a huge impact on our environment. Data centers, by design, run at maximum capacity around the clock and consume huge volumes of energy to power and cool the systems and storage farm. Power Surge According to a New York Times investigation, digital warehouses worldwide use about 30 billion watts of electricity, roughly equivalent to the output of 30 nuclear power plants. U.S. data centers account for one-quarter to one-third of that load. Fortunately, some folks are working on that “little” problem. Facebook (obviously, a huge server/storage energy user) and the OPC (Open Compute Project) are working on the server issues. Through crowdsourcing, they’ve made some great progress in setting efficiency standards for scalable servers, storage and data center hardware. Guess if anyone has a vested interest in lowering the cost of serving their one billion plus users, its Facebook. The challenge is to get scalable servers that work on a restricted electrical/HVAC diet. Data Priorities That’s a step in the right direction. In addition, cloud storage farms and IT organizations are taking a new look at the age of content and volume/frequency of accesses.

Panasonic 80 per cent Rule – Industry analysts estimate that as much as 80 percent of the content presently being stored is really for archive purposes – legal, financial, historical, background data and content, which is kept just in case it is needed or for future monetization. Access to this information generally drops off to almost zero after a year even though it is retained for 10-50 years. The key goal for most enterprises is to ensure the data will be available, if ever needed, at the lowest total cost of ownership (TCO) possible. Most organizations use racks of hard drives out of habit – energy usage has improved. Tape is more power conservative but has other costly side effects like constant monitoring and regular migration. New optical-based power-down archive solutions provide safe, reliable, long-term content storage without all environmental damage. They don’t require A/C or power except when accessed and they don’t require replacement or migration every five to seven years. We do, however, have to understand that not all data is created equal and there are trade-offs in availability and environmental impact: – Some data is mission-critical and absolutely has to be available the moment you look at the screen – Some data is needed, but users can wait for it for 10-30 seconds – Some infrequently used data can be available in 1-2 minutes – Data such as patient records, legal records can be requested and served up in a day You may feel that your data/content is the most important stuff out there, but the rest of us aren’t sure that’s a cost we want to pass on to our kids.