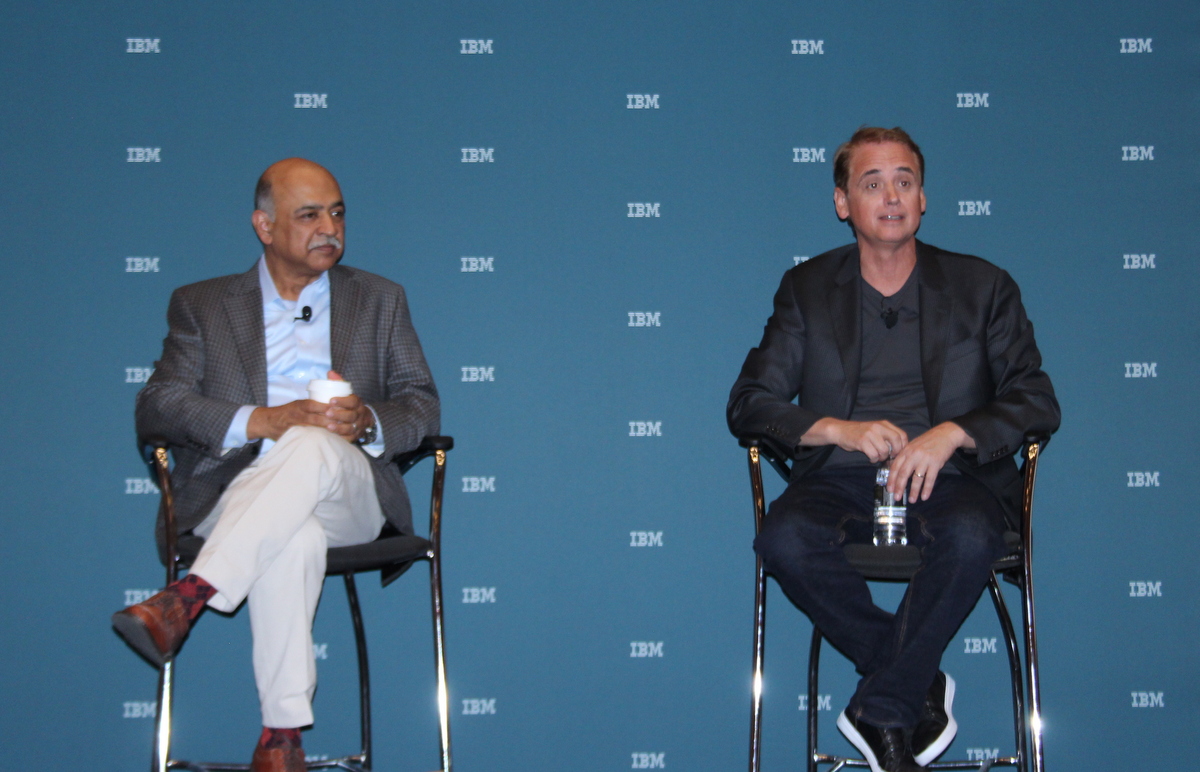 LAS VEGAS – IBM Corp. spent the majority of its opening keynote at Interconnect, its annual cloud conference, singing the praises of its public cloud capabilities – but it also spent a few bars humming a familiar tune about the importance of hybrid cloud, continuing a long time commitment to the Linux environment.

A new partnership between Big Blue and Red Hat Inc. will see better interoperability of OpenStack workloads between IBM Private Cloud and Red Hat. Specifically, IBM has earned its status as a Red Hat Certified Cloud and Service provider. The vendors plan to go to market in with a joint approach to sell their newly combined offerings that focus on better flexibility in a private cloud environment, offering solutions for workload migrations, disaster recovery, capacity expansion and data centre consolidation.

“It shows our commitment to open source,” said David Kenny, the senior vice-president of IBM Watson and cloud platform. “We plan to continue to be big contributors.”

Hybrid cloud is being embraced by more enterprises, he adds, and IBM is seeing less reluctance this year among customers. “What people need to understand is how they can take advantage of what the public cloud has to offer while keeping their private data private.”

In short, the partnership is an acknowledgment that most companies just won’t go whole hog on a public cloud investment. Certain mission-critical apps or sensitive data will stay behind the corporate firewall because of either compliance requirements, or because a business feels more comfortable operating that way.

IBM has been working with Red Hat as partners since 1999, says Arvind Krishna, senior vice-president of hybrid cloud and the director of IBM Research. IBM has been a big investor in Linux and many enterprises have elected to work with Red Hat as their Linux client.

“We have to make it easy for them to leverage capabilities in a private cloud and a public cloud context,” he said.

Some clients using both IBM and Red Hat have already piloted the new capabilities. Cloudsoft Corp. deployed its Cloudsoft Application Management Platform on IBM Bluemix Private Cloud with Red Hat, which was “effortless,” according to a press release.

Here’s a list of other new interoperabilities made possible for the new partnership: