BlackBerry Ltd. is enhancing the security of its messaging service with the launch on Monday of its new BBM Protected solution designed to provide end-to-end encryption for a message from the time it is sent to the time it is received.

Unfortunately, BBM Protected is currently available only on BlackBerry smartphones running BlackBerry OS 6.0 or later or BB10 in Regulated mode. BlackBerry said it will release versions for Android, iOS and BlackBerry 10 mobile phones in Work/Personal Balance mode later this year. 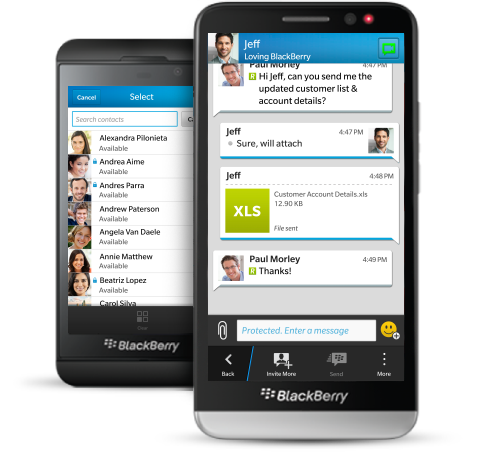 “BBM Protected enables employees to use the same app to securely message colleagues inside the company they for work as they do to chat and share with family and friends outside the company,” said a BlackBerry statement. “BBM Protected is designed to offer the security benefits of a behind the firewall on-premise solution with the convenience and benefits of a cloud solution.”

BBM Protected works with the logging and auditing capabilities available through BES, allowing users to meet regulatory and compliance requirements. The service is aimed at regulated and highly security-conscious organizations such as banks, governments, law firms, and healthcare providers.