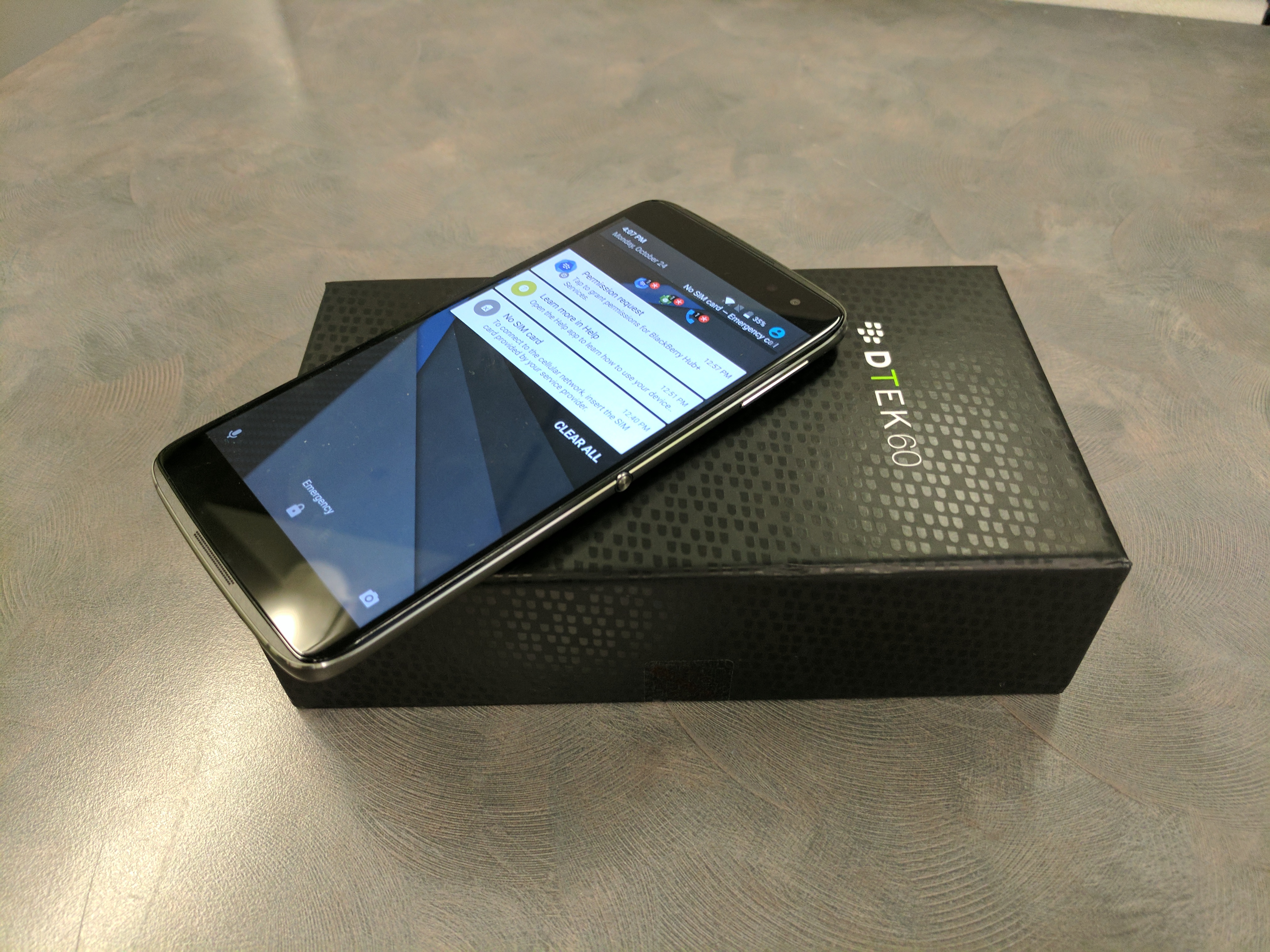 BlackBerry is releasing its first smartphone since announcing it will no longer be designing and making its own smartphones, the Waterloo, Ont.-based firm confirmed on Tuesday.

The BlackBerry DTEK60 is a sequel and step up of the DTEK50 smartphone released in August. Similar to that phone, BlackBerry has taken a device design created by Alcatel parent company TCL Corp. and tweaked it. As with the DTEK50 and the Priv, this new device runs on BlackBerry’s security-hardened version of Android.

“The DTEK series is all about secure Android smartphones,” says Scott Wenger, vice-president of design and devices marketing at BlackBerry. “It’s for people that understand their need to protect themselves from security threats becoming greater all the time.”

BlackBerry’s partnership with TCL on the DTEK devices is a signpost for how it will be working with partners to bring future BlackBerry hardware to market. As Wenger explains, future partnerships will see BlackBerry call on its partners to design, manufacture, and distribute the device as well.

“The main difference between what we’re doing now and the licencing strategy is who distributes,” he says. “Our licence model suggests we’re working with partners to distribute that hardware.” So how exactly does it improve the security of Android? It starts with a modified version of Android OS, continues with a commitment to delivering security patches as soon as Google releases them, and ends with helping users understand what permissions their apps are using via the titular DTEK app that comes installed on the device.

BlackBerry uses a cryptographic key on the device to make sure the software hasn’t been rooted (i.e. replaced by something less secure), Wenger says. Encrypted data is enabled on the device by default and BlackBerry has made efforts to secure any vulnerabilities in Android’s Linux kernel.

“We’ve looked for any issues and closed gaps wherever we find them,” he says. “Some of those things are public and some are not so public.”

So BlackBerry’s version of Android is more secure than other devices using Android in that way, he says, and the patch delivery commitment ensures they continue to be.

“Dedicated teams look at this day in and day out and fix things before they are publicly known,” he says. That puts to rest much of the zero-day vulnerability fears that many IT administrators have.

The DTEK60’s hardware specs are the same as we previously reported from leaks to several online inventory databases.

A hardware button on the side, dubbed the BlackBerry Convenience Key, can be mapped to any shortcut function of the user’s choice. Wenger opts to use his to turn on the device’s flashlight. But it could also launch an app, or begin a text message.

A close look at the convenience key on the BlackBerry DTEK60.

Unlike the DTEK50, this model does offer a fingerprint sensor, found on the back of the device just under the camera.

The BlackBerry DTEK60 will sell unlocked for $650.