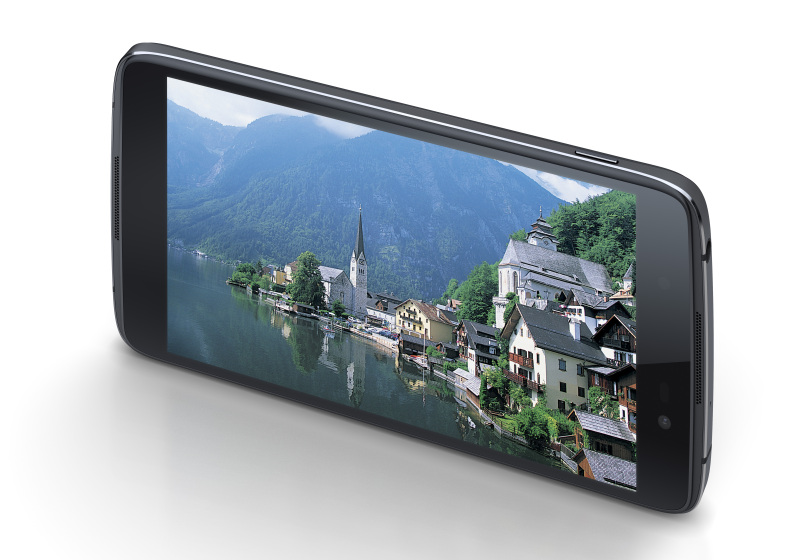 As expected, BlackBerry has unveiled its next smartphone, officially named the DTEK50.

Now available for pre-order at ShopBlackBerry.com, the DTEK50 will follow the BlackBerry Priv in a line of Android-powered devices, which will reportedly include four devices in total by the time the last one rolls out, supposedly early next year.

The device’s name is in reference to the DTEK by BlackBerry App, which allows users to monitor their operating system and apps for privacy risks and to take action. According to BlackBerry, it is capable of notifying users if someone is taking pictures or video, turning on a microphone, sending text message or accessing contact or location without consent.

Furthermore, the device encrypts all user information, and has malware protection, backup, wipe and restore capabilities built-in. The company promises to release security patches the same day that Google publicly releases information about them.

Furthermore, the DTEK50 features a secure boot process to ensure it does not start up into a tampered state, additional security measures including patches, improved random number, address space generation and certificate pinning, and FIPS 140-2 compliant full disk encryption.

With Android, of course, comes Android for Work and Google Play for Work. BlackBerry’s entire suite of enterprise mobility management solutions are also available to users that require it, including WatchDox solutions, BBM, and BES12, as well as staples including BlackBerry Hub.

While many specs had been rumoured or leaked prior to the announcement, the official hardware includes a 5.2-inch FHD display, a customizable “Convenience Key,” 8MP and 13MP cameras, a 2610 mAh battery, 3GB of RAM, 16 GB onboard storage with support for up to 2 TB via the micro SD slot, and a QC 8952 Octa-Core processor, and measures 7.4 mm thick, 147 mm long, 72.5 mm wide and weighs 135 grams.

DTEK50 is now available to pre-order from ShopBlackBerry.com in Canada for $429 CDN. DTEK50 will be available in a number of channels around the world, including more than 40 partners from electronics stores, carriers, VARs and distributors. This includes Rogers, Bell, TELUS, WIND, Videotron and SaskTel among others in Canada.

Related Articles on CDN
BlackBerry allegedly making not one, not two, but three more Android devices
BlackBerry’s decision to phase out Classic a smart one, analysts say