Results have come in and it’s official. The BlackBerry Z10 with BB10 is a hit.

Company CEO Thorsten Heins said BlackBerry Z10 sales is 50 per cent better that any of the company’s launch day sales in Canada Strong sales of the BlackBerry Z10 in Canada and the United Kingdom has propelled the new smart phone to break previous launch-date sales of BlackBerry handsets, according to Heins.

“In Canada, yesterday was the best day ever for the first launch of a new BlackBerry smart phone,” he said in statement Wednesday. “In fact it was more than 50 per cent better than any other launch day in our history in Canada.”

In the U.K., he said, the company saw “close to three times” its best performance ever for the first week of sales for a BlackBerry handset.

That could be excellent news for the company which is betting its fortunes on the success of its Z10 smart phone and the new BlackBerry 10 operating system. However, Heins didn’t release specific sales numbers.

The Z10 went on sale in Canada earlier this week via carriers Bell Canada, Rogers Communications and Telus Corp. The much-awaited handset does not go on shelves in the United States until March. The device’s, QWERTY keyboard-equipped partner, the Q10, will launch in April. The launch day of the phone did not see huge lineups typical to the rollout of new iPhone models from rival Apple Corp. But BlackBerry said majority of the Z10 purchasers have made preorders. An analyst from the Canadian Imperial Bank of Commerce estimates that 50 per cent of the Z10 preorders in Canada were from non-BlackBerry users. Coming on the heels of Hein’s announcement yesterday, BlackBerry also named two former executives of telecommunications firms to the company’s board of directors.

The addition of Richard Lynch, retired executive vice-president of Verizon Communications Inc., and Bert Norberg, former chief executive officer of Ericsson Mobile Communications today brings the number of BlackBerry board of directors to 12, of which 10 are independent members, including an independent chair. 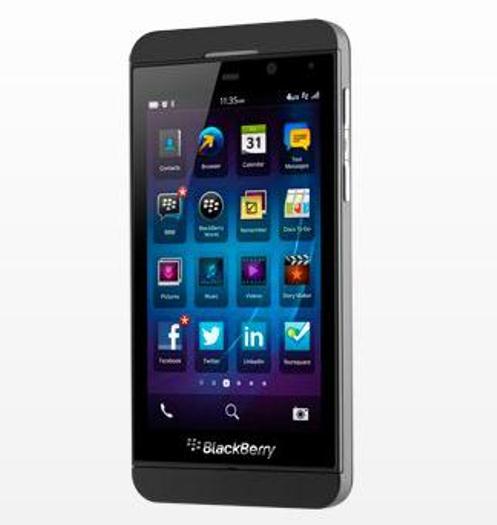