Online retailers could see as much as 17 per cent growth in sales this year, and they will have social media to thank for it.

Market research firm Juniper released findings that indicate the recent moves from such companies as Twitter, Facebook, Pinterest and Instagram to partner with retailers and allow users to purchase products directly within their mobile apps will be a major growth driver in the medium term.

At Facebook’s F8 developer’s conference in March, the social media giant announced that it would release APIs of its Messenger app to third party developers, allowing them to create both consumer and business-oriented functions within the platform. 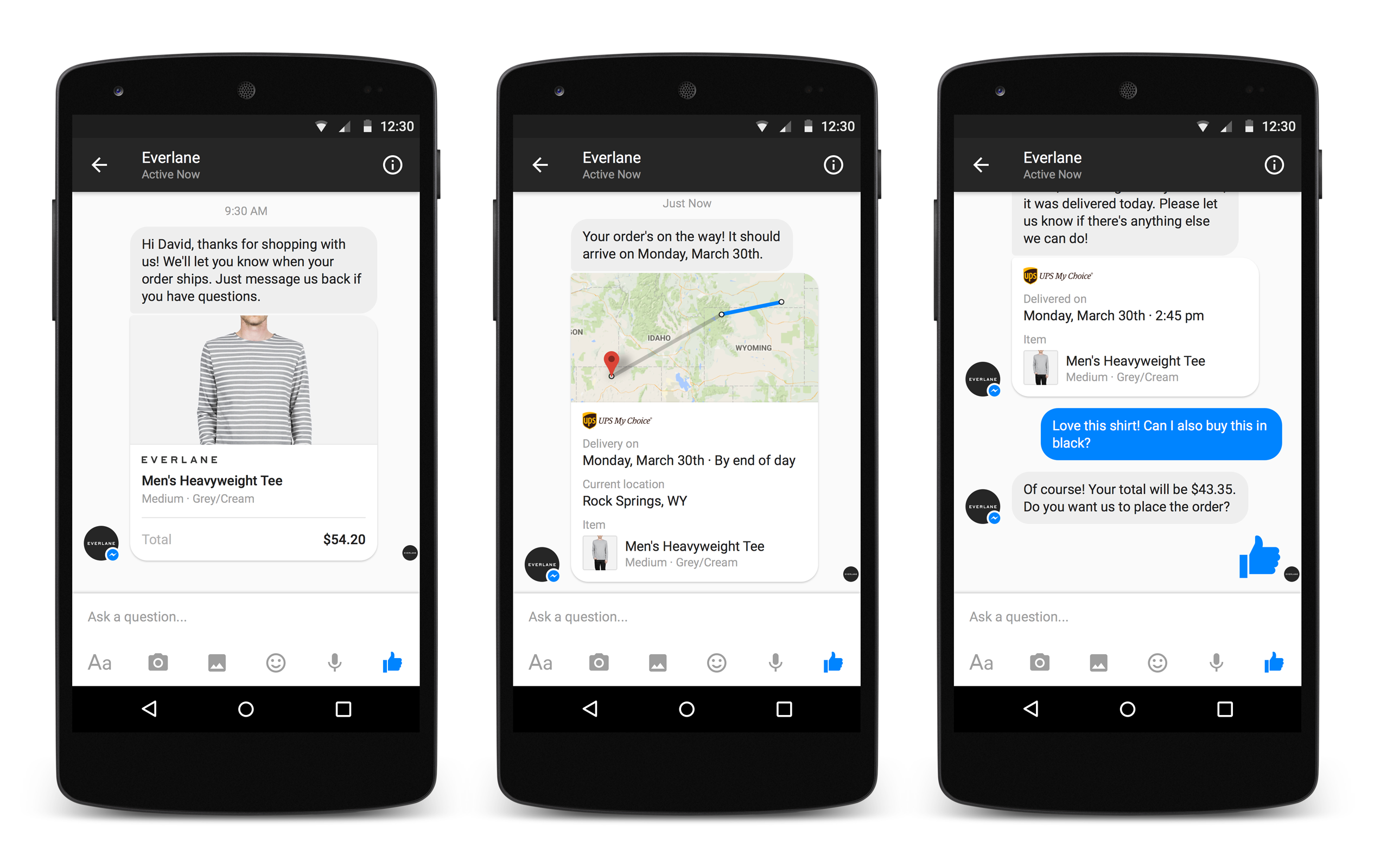 In the screen shot above, a retailer is completing both a purchase as well as delivery within Messenger.

Meanwhile, other social platforms have launched “Buy” buttons within their mobile apps, and Twitter has even allowed users to link their accounts to Amazon.

The report also indicated that public Wi-Fi and 4G deployments have also helped drive growth, and that smartphones would make up more than 40 per cent of online retail transactions by 2020.

Lastly, online retailers and traditional ones alike are trying to overcome the main hurdle of shortening delivery time offering same-day or next-day options.  Juniper argued for consistent omnichannel approaches to allow customers to choose for themselves.