John Reid navigated the complicated waters of federal procurement and championed the rights of businesses with such grace, an outsider would have a hard time believing he was one of Canada’s most tireless advocates for the tech industry.

But that’s exactly who Reid was for 32 years as the president and CEO of the Canadian Advanced Technology Alliance (CATAAlliance), and according to Paul LaBarge, founding partner at the law firm LaBarge Weinstein LLP, CATA director and member of the CATA Innovation Council, Reid’s skills were unmatched. 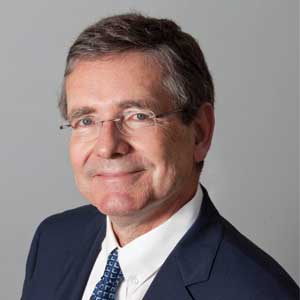 John Reid’s goal was to make Canada the world’s premier innovation hub and increase its competitiveness on the world stage. Photo from Cata.ca

“He was not afraid of dealing with controversial issues,” LaBarge told IT World Canada, adding when a controversial topic was being discussed, the room listened to what Reid had to say. “He was a great believer in constructive disagreement.”

Reid, 69, died suddenly June 24 while vacationing in Norway with his wife of 30 years. The cause of death is still unknown. For more than 30 years, LaBarge worked closely with Reid on a number of issues. Canada’s tech industry, he said, lost a “prince of a guy” who was also “fundamentally a decent human being.”

Reid’s goal was to make Canada the world’s premier innovation hub and increase its competitiveness on the world stage. But even within its borders, Reid was able to work his magic. LaBarge recalled Liberal Finance Minister Bill Morneau’s first full budget in the spring of 2016, when the government called for an increase in taxes on employee stock option benefits. Entrepreneurs and small businesses that relied on stock options to get the top managerial and engineering talent through their doors became furious and wanted their voices heard.

“Reid was all over it,” said LaBarge. “He started an advocacy campaign that brought together a bunch of professionals to give him the technical support that he needed, and was instrumental in opening a dialogue with the ministry of finance that resulted in substantial changes to the draft legislation.”

Reid also championed better opportunities for women entrepreneurs and was willing to use CATA and his own resources to help out an individual or company, said Fawn Annan, president of IT World Canada.

“I have had the privilege to work with John on a few important fronts that has made a difference,” she said. “The crowdfunding front, the women’s front, the AI directory initiative specifically built out in partnership with IT World Canada, and now the Sara Kirke Declaration front to rally women to change current corporate policies; and the work he began will be in play for many decades to follow.”

“John raised our awareness on our realities and was never afraid of saying what needed to be said or encouraging and inspiring others to simply make it happen,” indicated Gordon. “It hurts to lose such a strong community leader that made a difference every step of his life.”

His career encompassed many years of experience in both the public and private sector. He worked as a commerce officer with the Federal Department of Industry, Trade and Commerce and also worked at Energy, Mines and Resources. He worked in the financial community in London, England and was a research intern at the Copper Council in Paris, France. Prior to joining CATAAlliance, he directed the legislative activities of the Mining Association of Canada.

Perhaps what LaBarge will remember most vividly about Reid, he said, is his almost child-like enthusiasm towards innovation and emerging technologies.

“I have a hard time thinking of anyone who brought as much enthusiasm to his role. He was generous in spirit, curious about new technologies, and as an individual or business in the Canadian tech sector, you couldn’t have been better served.”