Not many children grow up dreaming of being in the Canadian tech channel. And not many people spend their entire careers in the channel, making such a mark on the community that they earn awards for it.

But that’s exactly what Greg Myers has done.

As a result, CDN will present Myers with a much-deserved Lifetime Achievement Award at its annual Top 100 Solution Provider Gala on Apr. 25, 2018, a recognition Myers says is “the perfect way” to end his career. 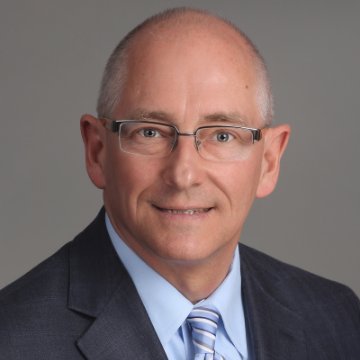 “I couldn’t be more honoured and delighted to receive this recognition; it means so much to me,” he says ahead of the event.

“I began my career as a partner creating demand with small and midsize customers and delivering what was really the first storage systems for PCs back in the early ‘80’s,” Myers told CDN. “I don’t even know whether we referred to it as the channel then, honestly, but it was right when IBM brought the PC to market and that’s what inspired my interest in the business. There was this brand new commercial market forming for PCs and distributing them. There was endless demand and the challenge was delivering products to customers as quickly as they were being consuming.”

He moved on to spend almost 20 years at Tech Data Canada, first as the VP of product management and marketing, and then as senior VP of sales and product marketing.

Myers chose to depart Tech Data Canada after the integration of Avnet, joining Lenovo Canada as its channel chief in June 2017.

“Tech Data and Lenovo have an extraordinary working relationship and when I chose to leave Tech Data, there was an opportunity at Lenovo. It was a natural shift for me because I had worked with them as a business partner for the previous 18 years. It felt like I was sitting at the same table but simply moving to a different chair,” he added.

The CDN Top 25 Newsmaker of the Year decided to retire in March 2018, wrapping up a busy and successful 36-year career in the channel – one that he’s seen evolve significantly over that time.

“Honestly, over 36 years, I’ve seen so many changes in the business. PCs were originally just standalone devices that weren’t even networked together – local area networking emerged in the late ‘80’s and early ‘90’s. At that point, partners had to evolve from simply selling standalone PCs to selling a connectable device and networks of devices. But this is what created the opportunity for partners to become consultants for businesses on how to install reliable infrastructure that would meet their needs,” he explained.

He remembers how quickly developers clued in that creating applications that automated and streamlined manual processes were a goldmine.

“When I began, software was exploding for the PC. Applications were either migrating from a mainframe to some new productivity tool on the desktop or it was converting manual processes to a sleek, reliable system based on technology. It wasn’t that different from today with developers leapfrogging over each other in real time to deliver new capabilities,” he laughed.

While the constant evolution of the channel has made his career exciting, it’s also been one of the major obstacles to overcome.

“It’s been really interesting to be a part of a technology business where there’s so much innovation, development, and competition. It’s provided endless opportunities to find new ways to develop new markets, find new customers, and to extend product lines and value propositions,” he pointed out. “But at the same time, changes to business models have been significant, with cloud technologies being the most predominant. Security’s been a theme for a long time, too, but I think with the Internet and shared resources, it’s become another massive macro trend for the channel to adapt to.”

But after almost four decades in the channel, Myers has clearly found a way to keep up. The father of three sons has been married for 35 years and credits the people around him – both at home and at work– for his success.

“My business and personal lives have been demanding but I’ve never really had any difficulty balancing them because I’ve had such great support at home and in the office,” he highlighted. “From a professional perspective, I’ve had the opportunity to work, partner, engage, and collaborate with extraordinary people wherever I’ve gone. They are the fabric of any industry, and the channel is no different.”

The channel exec welcomed his first grandson, James, into the world in early March, and has received an outpouring of well wishes from former business partners and colleagues. Myers has also witnessed his oldest son, AJ, follow in his footsteps by working for a channel partner for the last 10 years.

“I’m delighted that one of my sons is deriving his income and livelihood from the same space I was in,” he told CDN. “When I talk to young people about the potential of our industry, I tell them about how ripe it is for business opportunities. People are saying it’s forecasted to decline, but it’s just growing in different areas like cloud, mobile, security, and analytics. I believe the future of the channel is just as bright as it looked when I first started in the ‘80’s.”

His incredible career hasn’t been enough to keep him from the enticing thought of retiring, however. Myers officially stepped away from the industry at the end of March and has plans with his wife to hike the Tour du Mont Blanc trail in France at the end of August. The route, one of the most popular in Europe, sits near France’s border with Italy and Switzerland.

“Hopefully I’ll have a better suntan than everybody else now that I have the time,” he joked.

Mandy Kovacshttp://www.itwc.ca
Mandy is a lineup editor at CTV News. A former staffer at IT World Canada, she's now contributing as a part-time podcast host on Hashtag Trending. She is a Carleton University journalism graduate with extensive experience in the B2B market. When not writing about tech, you can find her active on Twitter following political news and sports, and preparing for her future as a cat lady.
Previous articleAddigy’s MacOS management platform adds iOS support
Next articleCisco is betting on AI and partners will need to adapt: Partner Connection Week 2018 keynote