The face of Google Canada, Sam Sabastian, did well for non-profits in Canada in 2016 by giving 10 Canadian non-profits $5 million in its Go North campaign. But the question is; Can Google make the channel happy. 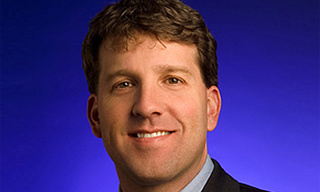 And, in 2016 the search giant tried — at least in the retail channel — by opening 10 small Google shops inside Best Buy locations. The plan will see Google follow that up with four larger shops in Vancouver, Edmonton, Calgary, and in the Toronto suburb of Mississauga, Ont., by year’s end. Within these shops, customers can book one-on-one appointments with trained staff and partake in hands-on weekly workshops on Google products.

Google is taking a page from other tech giants like Apple and Microsoft by opening spaces for consumers to go hands on with Google products. With the announced Google Pixel smartphone and Daydream View and Chromecast Ultra released in 2016, these retail spaces will serve as another channel to put that hardware on display for consumers.

“Google’s always believed that technology can change the world and has the power to transform lives,” Sebastian said.