Within a week in January, Lenovo struck two major deals – one to acquire Motorola Mobility from Google and another to obtain the X86 server business from IBM.

These two deals created a stir within the channel community and left many questions. Questions Lenovo senior executives are unable to answer until the end of the year when both officially closed. 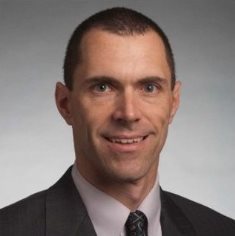 Jay Parker, the president of Lenovo North America, did his best to provide answers. Parker said that the acquisitions mean more opportunity to the channel because they will expand Lenovo’s business.

“We can’t freely share what the other is doing. After day one we do need to have a crisp, clear strategy for what it means to the channel,” Parker said in a previous interview.

Parker said Motorola and IBM will enable Lenovo to scale and address capability issues with the channel. What that looks like still needs to be determined, however. Parker did stress that when these deals do close the strategy will not be about harvesting or protecting channel margins and more about accelerating the growth opportunity these new product sets can have. The company worked internally to get itself ready for Motorola Mobility and IBM’s x86 business, he said. One of the benefits Parker sees is that the two acquisitions are focused in North America. Both are based here, and both have sales and research and development organizations based in North America. 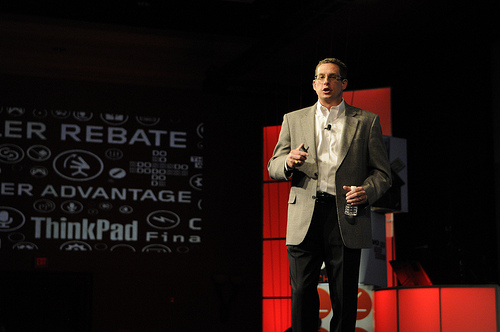 Approximately 7,500 employees will be transferring from IBM to Lenovo including sales people, product development teams and service and support professionals. Lenovo will also be getting 41 IBM facilities, of which 34 are R&D or sales offices. The remaining seven are manufacturing plants.

Darrell Ward, Lenovo’s server lead, said that if Lenovo had tried to build what IBM’s x86 business is today, it would take 10 years. Currently, the x86 market is worth $9 billion.

Parker told CDN that the goal is for Lenovo to become the PC plus company in this geography. “We do sell servers, but we want to accelerate that and we want to be a player now. We feel confident on this. We have experience with this and with IBM. We know the cultures and the decisions we need to make.”

On the Motorola Mobility side. Parker called the company an iconic brand. What makes this acquisition interesting is that Lenovo, on its own, has sold 50 million smartphones in limited regions such as Russia and China. The Lenovo smartphone currently does not have a presence in the North American market. Parker said that through the Motorola Mobility acquisition it will provide Lenovo the opportunity to bring a smartphone solution to the lucrative North American market.

“This allows us to be that PC plus player across the board. We want to be a company that can take you from the data centre to the pants pocket (smartphone). We have vision of being a great technology company and not just a great devices company.”

As an example, Parker said that Lenovo has the No. 1 most used app store in China over iTunes and iPlay. Lenovo recently created an app called ShareIt for tablets and mobile phones that has been downloaded more than 100 million times.