On January 18, 2018, IBM Canada’s parent company posted its first quarterly gains in 23 quarters, bringing in $22.54 billion USD in revenue. That was enough to exceed analysts’ estimates, but only pushed its stock up by one cent. 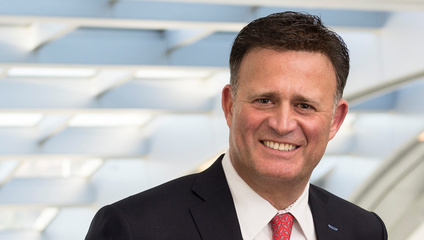 Still, if Big Blue’s recovery is slower than US investors would like, its progress in 2017 illustrates how effectively international executives like Dino Trevisani, who started with IBM in 1998 and began leading its Canadian division in 2015, have turned the company around since 2016, when around 14,000 positions – approximately 3.6 per cent of IBM’s global workforce – received the axe.

When we last talked to the Hamilton, Ont-born Trevisani, he acknowledged the company had faced its share of challenges in 2016, but was hopeful the resulting wounds – as evident in the channel as anywhere else – were ready to heal.

In fact, 2017 started with a bang as IBM launched a redesigned version of its PartnerWorld program on Jan. 1, ultimately unveiling 40 competencies that channel partners could specialize in, including five new channel competencies aimed at expanding the company’s cognitive computing offerings and creating new revenue streams for channel partners.

The year began on a high note for IBM Canada as well, with Trevisani announcing that the division was collaborating with the country’s largest telecommunications services provider, Bell, on IBM MobileFirst, which brings Apple’s suite of business-ready apps to enterprises across Canada.

In February, during its annual PartnerWorld Leadership Conference, IBM announced that it would be expanding a partnership established in 2016 with cloud services provider VMWare by co-developing a hybrid cloud solution that is now being delivered exclusively by IBM channel partners. During the conference, IBM also announced a new partnership with open-source solution provider Hortonworks that eliminates the need for customers to copy data from enterprise storage to a separate analytics platform.

Partnerships would be a key trend for IBM in 2017. In March, the company announced a new partnership with Red Hat Inc. that promised to improve the operation of OpenStack workloads between its own Private Cloud and Red Hat’s Linux-based, open-source solutions. In May, IBM announced another strategic partnership, this one with Nutanix, that now has Big Blue delivering the latter’s Enterprise Cloud Platform on its Power server products line. That same month, IBM was added to Veeam Software’s strategic partner ecosystem as well.

Finally, IBM also announced in May that it would be collaborating with Cisco Systems Inc. in its effort to fight cybercrime, with the companies sharing and collaborating on threat intelligence incidents.