Another return to the Top Newsmaker list is John Graham, president of SAP Canada. A 17-year veteran of the enterprise software firm, Graham came up through the channel side of the organization. 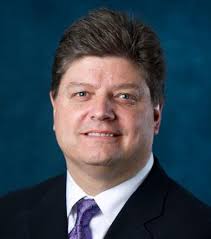 In 2017, Graham made a big hire in Andy Canham, the new chief operating officer at SAP Canada. New to SAP, Canham was then responsible for leading SAP Canada’s sales and channel teams. Graham described his new hire as an intrepid trend-tracker that would help SAP educate the market about the opportunities that its on-premises and cloud products could bring to businesses. At the beginning of 2018, SAP announced that Canham will be taking on the role of country manager for Canada, replacing Graham, who is now in the president role.

Looking at SAP Canada’s organization in 2017, it continued to champion the cause of digital transformation of the enterprise. It sponsored an IDC Canada report on the topic that while many Canadian organizations are aware of the trend, few have acted on it. Of the more interesting tidbits unearthed in that survey, SAP found a big disconnect between employees working the frontlines and executives when asked if digital innovation was on the management agenda.

On the product front, SAP Leonardo saw its abilities expanded to include integrations for machine learning, Internet of Things, big data, and blockchain technologies. Not one product SKU per se, Leonardo can best be described as a cloud platform that will help boost the capabilities of a range of SAP products by allowing for more data integrations. Finally, SAP shook hands with Google to see its SAP Cloud Platform become globally available on Google Cloud Platform.