BlackBerry turned the corner of a historic comeback in 2017 after many people wrote off the company for selling its mobile device brand to Chinese phone manufacturer TCL at the end of 2016. Leading the charge is executive chairman and CEO John Chen, who has been at the helm of the Canadian firm since 2013. Thanks to Chen’s decision to take the company out of the hardware market, BlackBerry officially repositioned itself in 2017 as a software and security player, one with an industry-leading hand in a completely different type of mobile business. 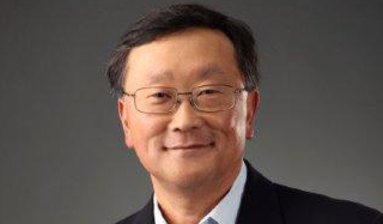 “In many ways BlackBerry has always been a software company,” Chen told CDN. “The magic in our smartphones that made us a global brand is the elegant and durable architecture and IP we developed for highly secure, reliable, and efficient device-to-device messaging and communications. That same architecture has broad applicability today across the billions of fast-proliferating IoT endpoints, all of which must be secured, isolated, able to communicate and perform its functions.”

At CES 2017 in January, BlackBerry introduced QNX Software Development Platform 7.0 (QNX SDP 7.0), an automotive operating system (OS) that protects against system malfunctions, malware, and cyberattacks. This technology powered the first autonomous vehicle to drive on public roads in Canada on Oct. 11 in Ottawa.

“Our architecture and IP is not only applicable to connected vehicles, but also horizontally across any vertical sector where connected devices – and the data they send and receive – has an expanding footprint and value,” Chen explained. “We’re gaining traction in automotive because, as a safety-conscious industry, it’s becoming clear that our architecture, endpoint management, and safety-certified BlackBerry QNX operating system form a secure foundation that the autonomous future requires.”

The company also spent 2017 building strategic partnerships. In September, it added BlackBerry Radar, an IoT sensor device that can track assets, utilization and efficiency of fleets, to Toronto-based IoT provider Fleet Complete’s fleet tracking and monitoring solutions. It signed a similar partnership with Pana-Pacific in December for heavy-duty trucks.

BlackBerry also teamed up with Japanese company Denso Corp. and Intel to develop a new automobile display platform that will bring together all the different systems in a car, like infotainment, maintenance monitoring, odometer, and safety systems.

“In our world, the car is just another endpoint. Actually, it’s upwards of a hundred endpoints, all of which must be secured to safety-critical standards,” Chen continued. “Each of these individual electronic control units (ECUs) needs to work in isolation and still communicate and coordinate with other ECUs in the car – not to mention external infrastructure and other cars. This must happen in real-time, without failure, and be immune to cyberthreats because lives are at stake.”

And while BlackBerry may no longer be manufacturing smartphones itself, TCL released two new BlackBerry-branded devices this year: the Motion and the KeyOne. The latter’s first look and review videos were both in the top five most watched videos on CDN in 2017.

This mix of rebrand and new products and services led to a financially successful year for BlackBerry. The company reached record software and services revenue of $199 million USD in Q3, which represents 85 per cent of BlackBerry’s overall $235 million revenue in Q3.

And much of this can be contributed to Chen’s renewed focus on growing BlackBerry’s channel network and supporting its channel partners in 2017.

“We’ve been encouraging our partners to expand their capabilities and grow their businesses with BlackBerry Secure and we’re very pleased with the reception our message has received at home,” Chen said. “As key to our enterprise go-to-market strategy, we closely monitor the health of our channel relationships and in our latest survey last fall, 57 per cent of enterprise partners said their sales grew by at least 10 per cent and by as much as one-quarter because of their partnership with BlackBerry.”

Canadian companies made up about 10 per cent of the company’s channel presence in 2017, and Chen added that they are some of BlackBerry’s most trusted partners.

“The vibrant channel ecosystem we’ve built…in Canada and around the world is fueling double-digit growth rates and I want to take this opportunity to thank our channel partners and congratulate them on our shared success,” he said. “Canada is our home and we take pride in representing Canadian values globally. The strength of our channel in Canada speaks to the relevance of the market to BlackBerry. The world-class talent we recruit and hire in Canada are our greatest asset of all.”

When asked about the new year, Chen told CDN to expect better and bigger things from BlackBerry in a more connected world.

“Our safety-certified embedded technology; IP portfolio; and military-grade cybersecurity tools and services are all critical IoT enablers,” he concluded. “And while the impact of our innovations has been significant over the past several decades, it’s never been clearer to us that our best and most important work is still ahead. We see a bright and hyperconnected future that BlackBerry is uniquely capable of securing and enabling.”