CDN’s #22 Newsmaker of the Year – Michael Calce AKA “Mafiaboy”

Mafiaboy is a name people probably haven’t heard in a while, but the Montreal-born former teen hacker made a comeback in 2017. When he was only 15, Calce launched a series of highly publicized, lethal denial-of-service attacks in February 2000 against big commercial websites like Yahoo!, Fifa.com, Amazon.com, Dell, Inc., eBay, and CNN, which resulted in an estimated $1.7 billion USD in losses for the collective group. This year, however, he’s become known for more positive interactions. 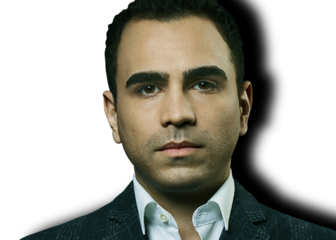 The 32-year-old reformed ethical hacker now runs a firm called Optimal Secure that tries to find vulnerabilities in company networks and helps businesses understand their weak points and how to fix them.

He also teamed up with HP Inc. for a short documentary focusing on how a 15-year-old Calce managed to bring down several of the world’s largest websites. Titled “Rivolta”, the film was an official selection of the 2017 Hot Docs Canadian International Film Festival and was released in March to positive reviews. He has also spent the year speaking as a security expert at various events for tech giants like HP and BlackBerry.

And while Mafiaboy’s fame speaks for itself, he’s also on this list to represent the overall importance of cyber security. One third of Canadians have been a victim of cybercrime in the last three years according to an Accenture survey, and security firm Kaspersky reported that attacks like ransomware rose by over 250 per cent during the first few months of 2017. Cyber security has become necessary in today’s society, and Calce has dedicated his life to spreading this message.