Eric Gales and Amazon Web Services (AWS) had a busy 2017, filled with partnerships, revamped channel partner programs, and of course, their persistent goal of growing in Canada. 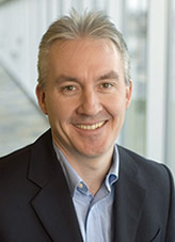 After establishing itself in the country with new data centres in 2016, AWS used 2017 to build off that successful foundation and invest in Canada with local people and infrastructure.

“Our new Canadian Region ramped up at the beginning of the year in response to our customers [wanting] to keep their data within Canadian borders. This investment has translated into continued high adoption rates of the platform across every size of company, from startups to enterprise, and every industry from gaming to government,” Gales told CDN.

In June, Gales announced the opening of a Direct Connect location at 250 Front St. W, Toronto, to support the Canada Central AWS region. The Direct Connect point eliminated the need for those in the region to rely on the public Internet to send data back and forth with their cloud provider and allowed partners to establish a private connection between AWS and their own data centre or office.

And that’s not all. AWS Canada also partnered with Echo360, an education technology company, to host its cloud-based video and active learning platform for schools across Canada. While the platform had been available in Canada for several years, it was only an on-premises solution due to the country’s data sovereignty regulations, which requires all data from public institutions that is on the cloud to be stored in Canada. With AWS’s Canadian-based data centre, Echo360 was finally able to offer its customers cloud-based platforms.

“Canada is a very important market for AWS. We are excited to help Canadian companies innovate, compete and grow in the global market,” Gales said.

AWS Canada also added companies like Kik Interactive, the Government of Ontario, Miovision, Salesforce, Vidyard, BC Hydro, University of Alberta, Porter Airlines, and National Bank – among many others – to its customer base this year as well.

As a whole, AWS rejuvenated its channel reseller program at its re:Invent show in November and Gales has led the way in ensuring Canadian partners are comfortable with the changes. The new program unveiled a tiered incentive structure for AWS Partner Network consulting partners and technology partners who have or are developing software-as-a-service offerings. While still fresh, Gales said reactions from the Canadian reseller community have been positive so far.

“Partners are seeing the improvements as a great way to be able to pass on additional benefits to their customers. Many of our managed services partners have used margins to be able to offer our joint customers things like subsidized managed services capabilities,” he explained. “By providing additional margins, we are seeing partners building solutions which offer customers further insights into how they can better leverage the cloud and drive more innovation and agility for their business.”

After a successful 2017, Gales is looking forward to the new year and expanding AWS Canada.

“We will continue to grow our Canadian team in 2018…At our 2017 re:Invent conference in November, we announced some incredible new capabilities around AI, IoT, and machine-learning, including Amazon IoT 1-Click, Alexa for Business, Amazon SageMaker, and others. We are looking forward to helping our Canadian customers embrace these technologies to help them innovate and grow,” he concluded.

Mandy Kovacshttp://www.itwc.ca
Mandy is a lineup editor at CTV News. A former staffer at IT World Canada, she's now contributing as a part-time podcast host on Hashtag Trending. She is a Carleton University journalism graduate with extensive experience in the B2B market. When not writing about tech, you can find her active on Twitter following political news and sports, and preparing for her future as a cat lady.
Previous articleGoogle aims to make a splash with first Canadian Google Cloud Platform region
Next articleSalesforce targets small businesses with release of Essentials