One of 2017’s more prominent tech acquisitions was distributor Synnex’ acquisition of Westcon-Comstor for $600 million. The significant implications to the Canadian channel made Synnex Canada president Mitchell Martin the most improved on the Top 25 Newsmakers list, jumping up 14 spots to the eighth position. 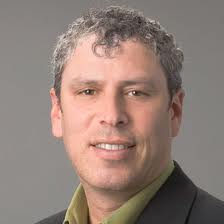 Martin, the longtime leader of the Synnex Canada, told CDN at the time that the Westcon-Comstor acquisition dramatically improves the line card in three areas all targeted at the enterprise: Unified Communications and Collaboration (UCC), security, and networking.

Martin admitted that before the acquisition, Synnex had a weaker market position. “At this point, we can now do a variety of things in terms of developing plans with [vendors previously only under Westcon-Comstor] who will have access to Synnex’ customer base,” he said.

More importantly, Synnex added Westcon-Comstor’s significant business with Cisco. Martin looks to target service providers in Canada, something Cisco has been strong in for more than two decades. Meanwhile, Synnex can help Cisco Canada from a SMB perspective.

“We’ve always been strong in that area, and we’ve programmatically built it up with our Solv series of programs for developing solution selling for the SMB base. This can lead to a nice incremental opportunity,” Martin said.

Past that, the acquisition represents entirely new opportunities for Synnex Canada channel partners outside of Canada. Synnex now has the ability to expand into 14 new countries, allowing Canadian solution providers with customers who have business in Latin America and Europe to now work with Synnex to fulfill those needs.

Outside of the Westcon-Comstor acquisition, Synnex announced at its tenth anniversary of its annual VARnex conference that it will evolve its CloudSolv program into an Everything-as-a-Service offering. This may include a new branding change for CloudSolv, which will involve a new approach to cloud that will include its mobility practice and newly created Internet of Things (IoT) division.

CloudSolv has been of specific interest to Martin, who told CDN in November that Synnex Canada has doubled the monthly reseller count on CloudSolv and now have up to 500 solution providers in that program, calling it a “big bet” for Synnex in Canada.

In 2018, Martin will be working with Synnex IoT leader Fran Mauney to Canadianize those solutions for the market. The MobilitySolv program will also get a renewed focus in 2018, and Martin plans to leverage North American resources for that.

Alex Radu
is a staff writer for Computer Dealer News. When not writing about the tech industry, you can find him reading, watching TV/movies, or watching the Lakers rebuild with one eye open.

Synnex to combine with Tech Data to create $57B distribution giant