If you had to choose a word – one word – to encapsulate the career of Rick Reid, who at press time has less than three months from his official retirement as the President of Tech Data Canada, it’s “influence.”

There are too many stories to count that involve a channel partner working on a big deal and deciding to call up Reid for his opinion, or a highly respected channel executive looking to make his or her next move and their first call is to Reid – again, to get this take on things. And, of course there are the vendor executives who, before making a big launch, pass it through Reid for his blessing. Reid also had open dialogues with his rivals, too. 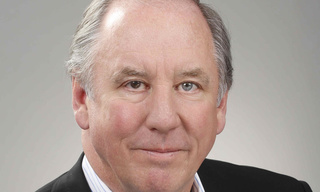 For two decades, Reid had this kind of influence and power. But to his credit, Reid was never power hungry and always had the best interests of the industry in his heart. John Cammalleri, channel chief of HP Canada, said: “Reid represented not only the best interests of Tech Data Canada but also of the channel at large. He demonstrated great leadership, and was a mentor to many of us. He will be missed.”

After a stellar 42-plus-year career, Reid’s retirement signals the end of an era for two-tier distribution in this country. Reid dedicated more than 40 years of his career to the IT industry in Canada, of which nearly half of that was spent with Mississauga, Ont.-based distributor Tech Data. Prior to joining Tech Data, he served as senior vice president and general manager at SHL Systemhouse, Inc., an Ottawa-based systems integrator and value-added reseller. Reid began his career in 1975 at Unisys Canada, Inc.

When Reid joined Tech Data, the talk in the industry concerning distribution was that they were not innovative. Reid put an end to that talk by investing in an Advanced Technology Solution Centre, featuring network-based solutions from Cisco and others. The centre cost more than half a million dollars and helped showcase solutions targeted at the small- to mid-sized business market for the solution provider channel.

The University of Waterloo graduate turned the Canadian operation of Tech Data into a market leader, creating and maintaining numerous, successful vendor partnerships and solution provider alliances. He was instrumental in the development of the TechSelect community, which became one of his biggest passions. He was the first to change the narrative suggesting that this group of mid-tier solution providers were more than just box pushers and not only could deliver value to the market, but also a competitive edge to business.

He also drove the charge to expand Tech Data nationwide with the Innovation Integration Centre in British Columbia.

If you want to sum up Reid’s career; then consider this: he will be the last president of Tech Data Canada. The title has been shelved by the company as it undergoes an internal role restructuring, not to mention the fact that Reid would be an extremely hard act to follow for any executive who takes over. So, if you’re Tech Data, why saddle the poor executive by placing him or her in the shadow of Rick Reid? No one else could hope to carry such influence.