Networking vendor Cisco Systems (NASDAQ: CSCO) has officially embarked on a three-year long marathon race to provide key IT services for the 2015 Pan Am and Parapan Am Games in Toronto.

The company was unveiled today as the exclusive information andcommunications technology (ICT) partner for the games. Cisco and its channel partners will provideall voice, video and data technologies for the Pan Am Games from July10 to 26 and the Parapan Am Games from Aug. 7 to 14.

Like the marathon race that traditionally closes many global sportingevents such as the Olympics, delivering suchcomplex ICT systems andservices for the Pan Am Games is a huge task that will take years ofpreparation on Cisco’s part. 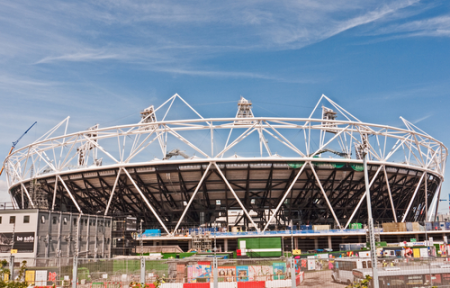 Olympic stadium at the 2012 Londonsummer games, where Cisco was the official network infrastructurepartner. (Photo: Shutterstock)

Cisco will provide a wide range ofIT services, including customizedWi-Fi and digital signage at stadiums and other venues, networksecurity, cloud services, and video and collaboration systems to allowGames organizers to connect with sponsors, partners, suppliers andvolunteers.

“From the ticket booths and the athletes’ village to the data centres,”is how Cisco Canada president Nitin Kawale summed up the breadth of hiscompany’s involvement in delivering IT solutions for all aspects of thegames.

Cisco has had the benefit of running a similar, though much larger,race quite recently. It’s nearing the end of its stint as officialnetwork infrastructure partner for the 2012 summer Olympics andParalympics in London, a role it took on back in 2009 after Canadiancompany Nortel Networks bowed out in light of its financialdifficulties. (For an awkward blast from the past, here’s the 2009 newsrelease the London Olympics organizers issued to politelyannouncetheir IT breakup with Nortel.) Cisco’s London 2012 networking partnerexperience comes to a close with the Paralympics, which start today andend on Sept. 9.

Cisco’s Toronto office is already looking to its London 2012counterparts for insight and ideas as it gears up for the Pan Am Gamesin three years.
“We use our TelePresence (system) to meet withthem almost weekly,”said Jeff Seifert, chief technology officer at Cisco Canada.

According to Seifert, the IT systems at the London games processed 30per cent more information than any other Olympic Games inhistory. It was a tall order for Cisco, which ran networkinfrastructure at 94 games sites around London, set up 1,800 wirelessaccess points and installed 16,500 IP telephones. London 2012 wasn’tcalled the most connected Olympics ever for nothing.

Though much smaller, the Pan Am and Parapan Am Games will welcome10,000 athletes and officials from 41 countries to Toronto, withCisco’s IT services and networks connecting them all with each other aswell as fans and media around the world. The Pan Am and Parapan AmGames are held every four years for athletes from North and SouthAmerica.

Related Story | First signs of strain on Olympic IT networks

With headlines that the London Olympics will saddle British taxpayerswith a final price tag of up to $15 billion, Cisco is quick to framethe 2015 Pan Am and Parapan Am Games as a chance to build upgraded ITservices that will benefit future generations of Torontonians.

“(It’s) a technology legacy that will serve (Toronto) long after thegames,” Kawale said.

For example, Kawale said he envisions data centres built for the Pan Amevents to be used later by Toronto colleges and universities. He andSeifert both talked about potentially using the IT build-out for thePan Am Games as an opportunity for local IT students, whether it’sinternships, joint programs with local tech incubators andaccelerators, or contests for students to design smartphone apps forthe games.