ANAHEIM, CALIF.– Citrix Systems Inc. unveiled its latest version of XenMobile 9, which now features military-grade encryption of the data stored on corporate smartphones, as well as data in motion or in transit between devices.

The company also added support for Windows Phone 8, aiming the solution towards users across all mobile devices.

The upgraded mobile device management solution for the enterprise was introduced at Citrix’s Synergy conference. 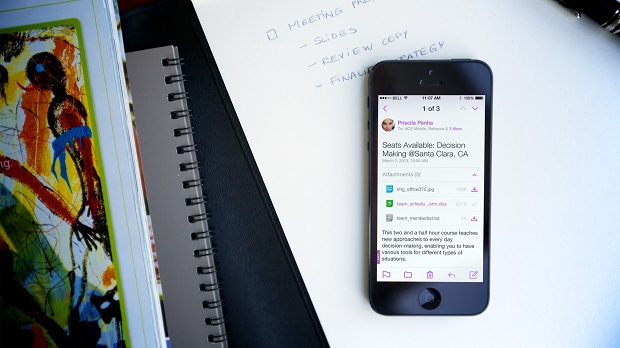 Beyond that, however, Citrix has added some new features to its WorxMail and WorxWeb apps, designed to make business users’ lives easier. For example, WorxWeb, which provides secure web access, now has a better user interface and support for users who are viewing pages while they’re offline. WorxMail now has a “triage” option, giving users the ability to quickly flip through their email, swiping upwards to mark an email as “read” and swiping downwards to delete it.

Citrix also has some other new features under construction, like WorxNotes, an app allowing users to capture notes and add photos and audio recordings to them. Users will also be able to join calendar invites and conference calls while they’re on the go – for example, a user who is driving can just tap an emailed calendar invite once to join a call, directly within in the email. And a team of users can collaborate on notes, as they are shared in Citrix’s StoreFile.

There’s also WorxEdit, which gives users the ability to edit files on their mobile devices. They can grab these files from WorxMail, their corporate desktops, or through ShareFile. And again, they’re able to collaborate on the edits with their co-workers. Then there’s WorxDesktop, making files, apps, and desktops available through mobile devices. This app provides remote connectivity to a physical desktop at home or back in the office.

What sets these apps apart from the default, native emails preloaded onto users’ phones is their ability to make people more productive, said Chandra Sekar, Citrix’s director of product marketing.

And while it may seem that some of these changes are just incremental, Sekar said these features are exclusively available with Citrix, and that they’re “sought after” among customers.

Sekar added he expects to see more uptake of Windows Phone 8 in Europe, where many customers have a brand affinity with Nokia.

For Kevin Burden, an analyst with Strategy Analytics, XenMobile 9 was one of the most interesting announcements to come out of Citrix’s Synergy conference.

“Anything they can do to make mail a lot easier for people to use, to get through, to spend less time – that’s somewhat interesting,” he said, adding the added support for Windows Phone 8 was also significant.

“We’ve been waiting for some time for companies like Citrix to support Windows Phone 8, and that was because it was based on demand. And apparently the demand hasn’t really been there up until now … the point there is, within the enterprise, Windows Phone is finally coming up to a level of respectability.”

And Chris Hazelton, an analyst with 451 Research, said he believes the added security features in XenMobile 9 will make the solution more attractive to government institutions, especially in the U.S.