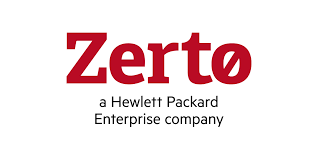 Zerto, a disaster recovery, backup and workload mobility software provider for virtualized infrastructures and cloud environments, today announced the availability of a series of product updates, bringing its ransomware recovery capabilities to cloud providers so organizations can recover in minutes at scale to seconds before an attack. The enhanced Zerto 9.5 now includes expanded immutability options with Azure and S3-compatible storage, a new Zerto Linux appliance with security enhancements, and expanded integrations with Google Cloud Platform. More information on the updates can be found here.

This fifth round of VSAI recipients represents 14 universities across Ontario, pursuing a range of programs from engineering to computer science, health informatics, and business analytics and more. A list of 2022 recipients can be found here. Vector says it will announce the 2022-23 scholarship competition dates in Fall 2022.

There have been 461 scholarships awarded since the program launched in 2018, with many recipients joining newly created AI master’s programs. More than 1,000 students will have graduated from Ontario AI master’s programs this year, ahead of the province’s target to graduate 1,000 AI master’s students per year by 2023. 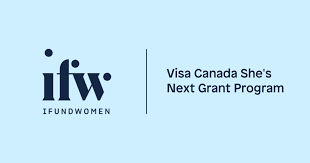 In February, Visa Canada and IFundWomen furthered their commitment to supporting women entrepreneurs by launching the third round of the She’s Next Grant Program, which supports women entrepreneurship, empowering growth and innovation, through a grant of C$10,000 and one year of business coaching, in partnership with IFundWomen.

Yesterday, they announced the 10 recipients of the third round of its She’s Next Grant Program in Canada. Through the grant program and IFundWomen’s network of women-owned businesses and mentors, recipients will gain access to funding, coaching, and connections to help expand their businesses. 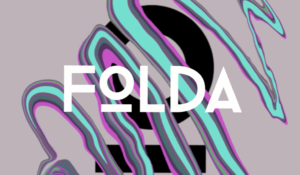 The Festival of Live Digital Art (FOLDA) has announced its lineup of performances for this year’s June 8-11 festival. Virtual and in-person events will include five shows presented in multiple showings over four days, featuring elements of virtual reality, live international performances, and projects in Beta testing phases. The shows can be seen in-person at the Isabel Bader Performing Arts Centre in Kingston, ON or online from anywhere.

“FOLDA is the only festival of its kind in North America. The 2022 festival provides a nexus point for artists and those who are curious about the limitless potential of digital performance, and a glimpse into how performance might evolve in the future,” said Adrienne Wong, co-curator of FOLDA.

2022 is the fifth iteration of FOLDA and marks a return to Kingston, ON after two years of exclusively online presentation. FOLDA has grown quickly since its inception in 2018. Pre-dating the digital boom accelerated by the COVID-19 pandemic, FOLDA continues to push the boundaries of how human connectivity and creation changes in the digital environment. Tickets for all performances go on sale on May 16 at www.folda.ca. 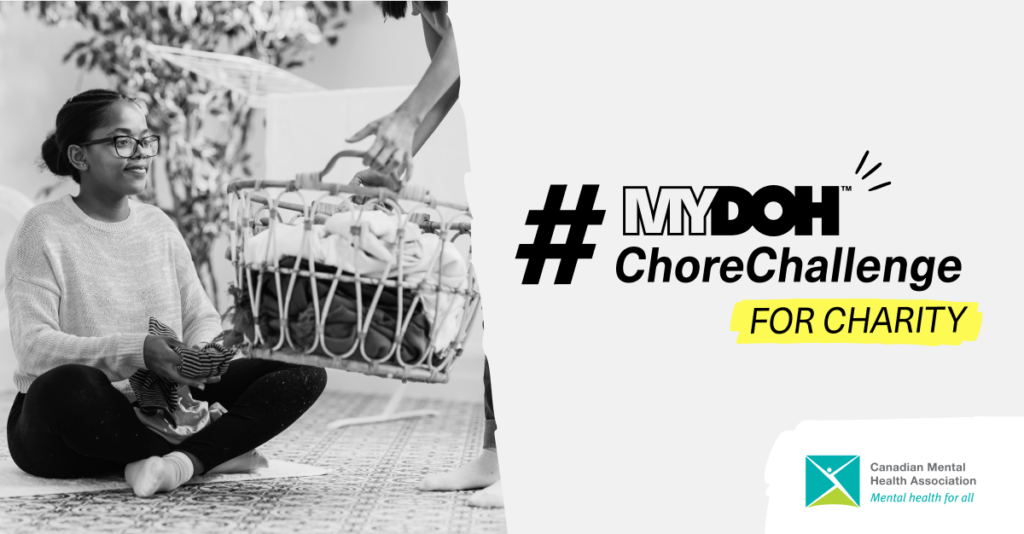 RBC Ventures’ Mydoh, a digital app with a Smart Cash Card that helps kids learn and practice money management, has launched its first youth mental health initiative with its #MydohChoreChallenge, in collaboration with the Canadian Mental Health Association (CMHA). The month-long challenge launched on National Child & Youth Mental Health Day on May 7, and will run until June 7. To enter the challenge, parents can task their kids with a chore and post a picture or video using the hashtag #MydohChoreChallenge on Instagram. For every post, Mydoh says it will donate one dollar to CMHA, helping to support its mission to deliver provincial mental health programs, further equitable access to services, and contribute to the reduction of mental health disparities in Canadian communities.

To show their commitment to investing in youth mental health, parents are asked to:

Radware expands its board of directors

Radware, global provider of cybersecurity and application delivery solutions, has announced that Meir Moshe has been appointed to serve as an independent director on the company’s board of directors. This appointee will serve as a member of the board until the company’s next annual meeting of shareholders.

A certified public accountant, Moshe has held numerous senior positions in the financial sector over the past four decades. He served as Radware’s chief financial officer from 1999 to 2016. Moshe has served as a director and member of the audit committee in multiple public companies, including Ability, Carasso Motors and Albert Technologies. He currently provides consulting services to public companies.

CIO Peer Forum 2022: The evolving role of the CIO

The role of the CIO is evolving, but to what? According to a recent panel at the CIO Peer Forum held by the CIO Association of Canada and sponsored by IT World Canada (ITWC) and Canadian CIO, there has never been a better time, nor a more challenging time, to be a CIO. Yet, surprisingly for some, the challenges are not always technical. Today’s CIO must excel at strategy, business acumen, and know-how to build and harness corporate culture to drive innovation and business results.

A Montreal-based startup is developing a mobile event platform where users can post their own events and find things to do in their area.

The Minister of Cybersecurity and Digital and Minister responsible for Access to Information and the Protection of Personal Information, Éric Caire, has announced the launch of the “Programme de prime aux bogues” (bug bounty program), a new initiative to enhance the security of the government’s IT assets.

Ransomware continues to grow at an incredible rate because it is a profitable business. The perpetrators are well financed, extremely creative and very resilient. A report from Telus illustrates this.

Aquila has announced the acquisition of Comosoft, a Germany-based global provider of marketing production workflow solutions for retail, catalogue, e-commerce, and manufacturing markets.

In an effort to bury passwords, Google, Microsoft, and Apple are expanding support for a common passwordless sign-in standard created by the FIDO Alliance and the World Wide Web Consortium. The FIDO Alliance promotes the development of standards for authentication and device attestation. FIDO is short for Fast Identity Online.

Nicoya Lifesciences, a Kitchener, ON-based global innovator of digital proteomics solutions for diagnostics and biotherapeutic discovery, has announced the acquisition of LSK Technologies, a University of Toronto (U of T) startup that decentralizes laboratory testing with its high-throughput lab-in-a-box platform.

Microsoft Canada’s new head office: how it was optimized for hybrid work

Microsoft Canada’s new head office in downtown Toronto, which officially opened this week, was designed three years ago, in what now looks like a prescient moment, to be optimized for hybrid work. Occupying four floors of the new CIBC Square south tower at 81 Bay St, the 132,000 square foot space includes space for employees as well as areas for partners and customers, including those using Canada’s pioneering Data Innovation Centre of Excellence (DICE).

On May 3, Microsoft welcomed the press and Toronto Mayor John Tory in the opening ceremony of its new Canadian headquarters located in the CIBC Square building. Spanning 132,000 square feet, the new headquarters offers an expansive view of the Toronto downtown core and Lake Ontario. Following a “Team Based Space design,” the hybrid office features a mix of open and private workspaces for employees and partners, as well as social spaces and event areas.

The annual Dell Technologies World event is once again upon us and with it, the company announced some big features and visions it has planned for the near future.

This episode reports on data breaches, a new trick by a hacker and GitHub’s determination to get developers to use two-factor authentication

Pragya Sehgal
Her characters are bold and smart, but in real life, Pragya is afraid of going upstairs when it is dark behind her. Born and raised in the capital city of India - Delhi - bounded by the Yamuna River on the west, Pragya has climbed the Himalayas, and survived medical professional stream in high school without becoming a patient or a doctor. Pragya now makes her home in Canada with her husband - a digital/online marketing professional who also prepares beautiful, healthy and delicious meals for her. When she isn’t working or writing around tech, she’s probably watching art films on Netflix, or wondering whether she should cut her hair short or not.
Previous article
Zoho’s new marketing platform unifies all marketing operations
Next article
SolarWinds Betting On Subscription Revenue For Growth