Samsung Electronics launched its new NotePro and TabPro tablet lines at the Consumer Electronics Showcase (CES) in Las Vegas this week, along with a bevy of content gift offers to help users get started with their new mobile devices.

Samsung launched four new tablets in all under the new brands – a 12.2” NotePro, and three TabPro models at 12.2”, 10.1” and 8.4”. According to the vendor, each is designed to offer premium style and powerful performance, with crisp WQXGA displays, productivity tools and free downloadable content. 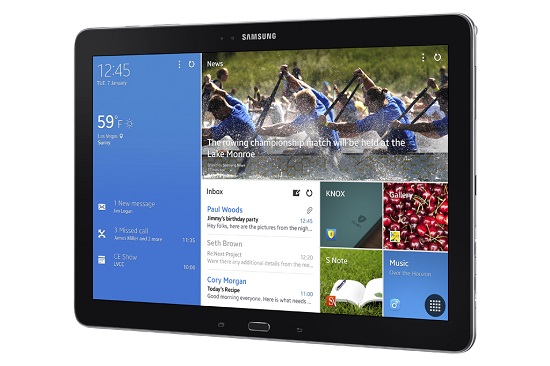 “The Galaxy NotePro and TabPro kick off a year in which Samsung truly establishes its leadership in the tablet market,” said Paul Brannen, senior vice-president, enterprise and mobile solutions with Samsung Canada, in a statement. “This new line offers the best-in-class content consumption and productivity, combining a stunning viewing experience with Samsung’s design legacy. The Samsung Galaxy NotePro and TabPro provide Canadians with extraordinarily versatile product offerings, tailored to tablet users of every description.”