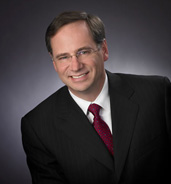 The new head of IBM Canada will be a familiar face to long-time tech observers, with Dan Fortin returning for his second term at the helm of Big Blue’s Canadian subsidiary.

It’s IBM’s policy not to announce personnel changes, but the vendor did confirm that Fortin has replaced former IBM Canada president John Lutz, who answered the calling of academia. Last month, Vanderbilt University in Nashville, Tenn. announced the appointment of Lutz as its new vice chancellor for information technology, and he began the new position on April 15.

The transformation of Dan Fortin

In his new role, Lutz has responsibility for all information technology at the university and Vanderbilt’s medical centre, with the exception of clinical applications and IT funded by sponsored research.

“The intersections between modern IT and education and healthcare are among the most dynamic and exciting facing us today. The opportunities afforded by cloud computing, big data and deep analytics will revolutionize both of these key sectors,” Lutz said in a statement. “I am thrilled with the opportunity to contribute to the leadership work Vanderbilt is doing in these crucial areas.”

A Canadian, Fortin joined IBM in 1978, right after earning a Bachelor of Civil Engineering from Carleton University in Ottawa. He held a number of marketing and management positions in Canada, the U.S. and Latin America, and was vice-president of SMB for IBM America before he took the helm of IBM Canada for the first time in January of 2005, succeeding Ed Kilroy.

In January of 2010 he moved to IBM corporate as general manager of global distribution sector, and held that position until his recent return to Canada.