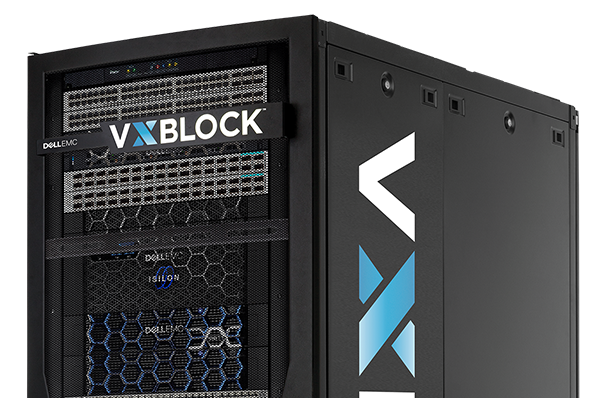 At Cisco Live last week, Dell EMC announced the release of VxBlock Central 2.0 next month. It includes new licensing options, as well as new integrated Cisco compute (UCS) and storage (MDS) 32G options being released later in June. This was accompanied by an extension of its factory-integrated, on-premises integrated protection solutions for VxBlock to hybrid and multi-cloud environments (including AWS).

“It’s here, it’s strong, and it has a specific market. Organizations around the world rely on it for mission-critical business and mission-critical business is not going away,” said Watts, adding he views the two infrastructure models as two separate entities that are complimentary of each other. “In our view, this is the perfect platform for those customers with those high-value mission-critical workloads, such as SAP Oracle, for example. And we see this market, remaining strong.”

Watts said that the new licensing options being offered with VxBlock Central 2.0 are what excites him the most.

“We’re making it easier for customers to buy the automation and analytics capabilities that we’ve bundled into the software. So previously we had a tiered licensing model where customers had to buy the automation… or with that analytics plugin. Now they can buy either or,” he explained. “So it’s a bit simpler. That’s really the key benefit of the new licensing model with flexibility.”

The licensing options now include:

-Base: The base license, which comes with the purchase of a VxBlock, provides inventory reporting and alerting.

-Advanced Analytics: This provides view capacity and KPIs to allow for deeper insights through vRealize Operations.

-Lifecycle Management (available later in 2019): This license allows you to apply “guided path” software upgrades and includes new multi-tenant, cloud-based database on Cloud IQ that will collect and store the CI component inventory structured by the customer.

Buckley Smithhttps://www.itbusiness.ca
Staff writer for IT World Canada. Covering the world of technology as it applies to business. Buckley is an avid sports fan who loves travel, food, and music. Can be contacted at [email protected] or 416-290-2000.
Previous article
D-Link launches network management solution Nuclias in Canada
Next article
Lenovo releases ThinkSmart Hub 500 for better conferencing

We have to do a better job of monetizing data, Dell EMC...