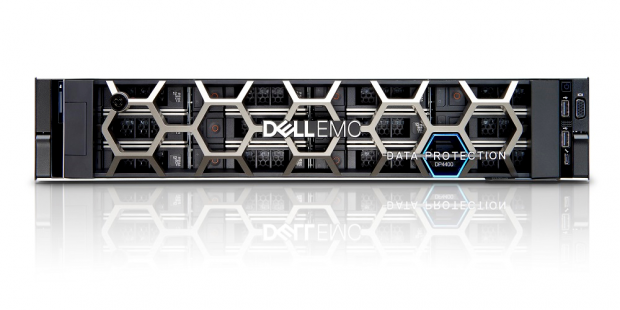 A smaller version of Dell EMC’s Integrated Data Protection Appliance that combines backup, replication and disaster recovery to the cloud is available now and aimed squarely at mid-market customers.

“For years, mid-size organizations haven’t quite had a comprehensive data protection solution that was sized and priced right for them,” she said in a statement this morning. “With the IDPA DP4400 there are no compromises. We’re delivering a converged data protection solution that’s as simple to use as it is powerful — with support for the largest application ecosystem and expansion to the cloud.”

The new IDPA is available now through Dell EMC and channel partners, starting at under $80,000 USD, and is part of the Dell EMC Future-Proof Loyalty Program.

According to Phil Goodwin, research director for storage systems and software for IDC, SMBs face new complexities every day due to data growth and resource constraints, and they’re looking for a silver bullet that is affordable and keeps their data secure. However, they don’t want to trade off simplicity for performance.

“With the IDPA DP4400, Dell EMC is targeting a large swath of enterprises in that middle tier that want an all-in-one solution that is affordable, easy-to-use and has the modern data protection features they require to ensure their data is safe and their business can quickly recover in case disaster strikes,” he said in a statement.

The IDPA family consists of four additional models – the IDPA DP5300 and DP5800, which are targeted at the middle and top of the mid-range, and the IDPA DP8300 and DP8800, aimed at the larger enterprises. Ruya Atac-Barrett, VP of marketing, data protection for Dell EMC, said the DP4400 is also suitable for branch offices and ROBO environments. When asked if the DP4400 will become part of the Dell EMC Ready Stack channel program, Atac-Barrett said she didn’t have an answer at this time.