Dell EMC is prepared for the rest of 2017, announcing a lineup packed with its Windows Mixed Reality headset, 8th generation Intel Core i7 processors, and a welcome customer support change. 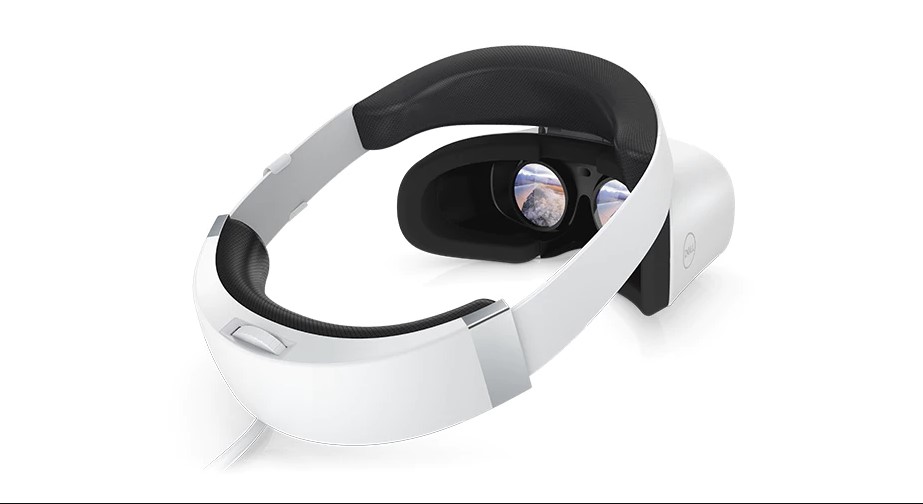 Earlier this year Microsoft had announced that it will be expanding its mixed reality portfolio via partners such as Dell, Acer, Lenovo, and HP Inc., and at IFA in Berlin this past week, it unveiled exactly what that would look like.

The Dell Visor uses the same technology in the Microsoft HoloLens such as inside-out tracking cameras with a 360 degree panoramic view. This means that it will be able to scan surroundings instead of satellite emitters positioned throughout the room, exactly what you would hope for when equipping employees with these headsets. It can be equipped with compatible controllers that offer six degrees of freedom of movement within 3D spaces.

While Canadian availability/pricing is unconfirmed, the Visor will be available in the U.S. this October for $349.99 USD for just the headset, or $449.99 for a headset/controller bundle. The controllers otherwise are available for $99.99.

Premium Support Plus will protect not just software OR hardware problems under warranty, but both. The new service is really that simple, and it’s now the highest tier of service available.

“It is a pretty terrible experience when [a device] doesn’t turn on or something, and we don’t want to go back to a customer and say that ‘oh you bought the software offering so it’s a hardware problem that you aren’t covered for’. For us at Dell, we have named it the ultimate support service because it includes both hardware and software elements,” a Dell EMC spokesperson told CDN.

Premium Support Plus is available now in 69 countries throughout the world.

The Inspiron 7000 two-in-one lines take advantage of this new power to boost it’s video capabilities. This means the devices, which come in 13 inch and 15 inch models, can support a 4K experience. The traditional Inspiron 7000 laptops won’t be able to support 4K, but will be equipped with FHD IPS displays, which isn’t too much of a downgrade from 4K.

According to the company, the XPS 13 will now be able to offer 44 per cent more performance due to the new processor. The laptop is still as thin and light as you’d expect from the XPS brand, but this time it packs a bit more of a punch.

CDN Staffhttps://channeldailynews.com
For over 25 years, CDN has been the voice of the IT channel community in Canada. Today through our digital magazine, e-mail newsletter, video reports, events and social media platforms, we provide channel partners with the information they need to grow their business.
Previous article
Dell EMC turns a year old
Next article
Guests can now be added to Microsoft Teams