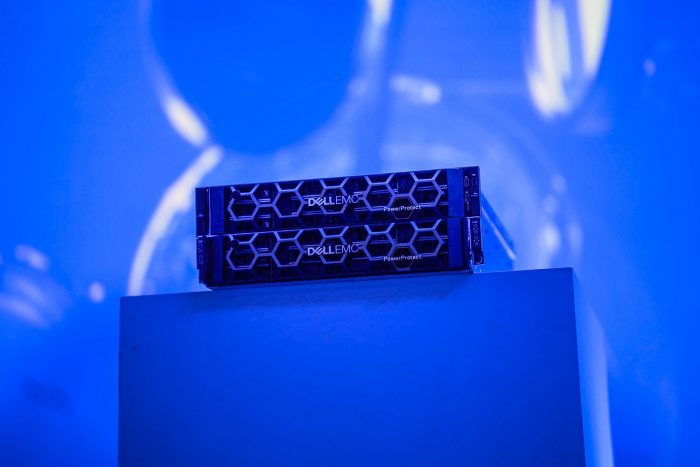 The recently turned 35-year-old manufacturer kicked off the second day of its flagship event by highlighting its refreshed Latitude series. In addition to the award-winning Latitude 7400 2-in-1 launched this year at CES, the new Latitude line includes the Latitude 7000 series, Latitude 5000 series, and the entry-level Latitude 3000 series of business notebooks, all of which can be optimized for Dell’s new Unified Workspace platform which integrates software, services and hardware together, simplifying the devices’ entire lifecycle. The Latitude 3000 series starts at $599 USD, while the Latitude 7000 laptops comes with a price tag of $1,299 USD.

The modern worker is no longer sitting at a desk from 9-to-5, explained Rahul Tikoo, vice-president and general manager of commercial mobility products for Dell.

“They’re in motion between meetings, remote or frequently travelling,” he said, adding millennials and Gen Z-ers are demanding the highest quality for work outside the office.

The 10th generation of the Latitude portfolio will be available May 1.

It wouldn’t be a Dell conference without some storage talk

With the underlying message focusing on harnessing data – Dell says in 2018 the average volume of data an organization managed grew by 569 per cent globally compared to 2016 – it was only a matter of time before the spotlight shined on Dell’s server and storage products.

Dell also announced that the PowerProtect X400 is the first Dell EMC data management solution to use machine learning for intelligent load balancing, ensuring data is allocated to the most efficient and cost-effective location possible. The new PowerProtect will be generally available July 2019.

Small and medium-sized businesses looking to get serious about data protection in an integrated appliance will be able to turn to a lower capacity version of the Integrated Data Protection Appliance DP4400, which will be generally available in May 2019.

Availability of the new HCI products are as follows: