AUSTIN, TEX – Looking to serve what it has identified as an unserved gap in the workstation market, Dell on Friday launched the Dell Precision M2800, a 15” mobile workstation.

In the shadow of the annual South by Southwest music, film and interactive conference, which kicked off in Austin Friday, Dell brought in film and game designers to talk about how Dell Precision workstations are helping to power their creativity as it took the wraps off its new mobile workstation.

Andy Rhodes, general manager of the global workstation business at Dell, said they felt there was a gap in the market that needed access to workstation power in the right form factor but couldn’t find it at an accessible price point. 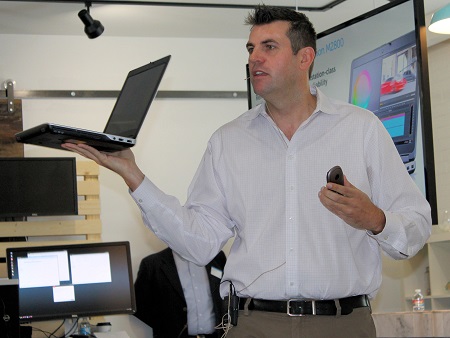 “Students going to college doing engineering degrees; a lot of them can’t get access to workstations and have to compromise with a white box solution, or something that just isn’t up to the job they need to do,” is one market Rhodes mentioned.

Others included emerging economies and larger companies that tier their engineering ranks – all either have to make do with underpowered equipment or stay chained to their desks, constraining their productivity and job performance.

“We’ve examined all these underserved markets and found the gap in the market was a 15” mobile at the right price point,” said Rhodes. “We’re trying to remove the cost barriers to workstation performance and mission criticality in the 15” mobile space.”

According to Dell, the Precision M2800 aims to bridge the gap between business-class laptops and mobile workstations with an affordable ISV-certified system with professional graphics and processors. Configuration options include fourth-generation Intel Core i5 and i7 processors, AMD FirePro W4170M graphics with 2GB of dedicated GDDR5 video memory, up to 16GB of system memory and up to 1TB of storage. The 15.6” UltraSharp display is available in HD or FHD (1920 x 1080), and the M2800 will be ISV-certified for common workstation applications such as Autodesk AutoCAD, Inventor and Revit, Dassault Systèmes Solidworks and PTC Creo. 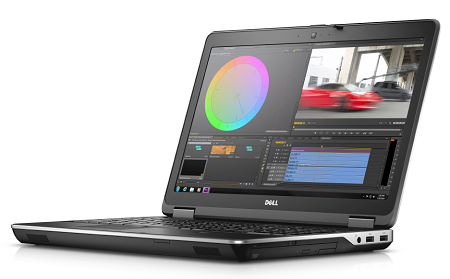 “These customers at the right price point can get an ISV certified mobile workstation, so they know it will work on the apps they care about the most, they know they’ll get the performance they need with the Dell performance optimizer tool and up to Intel Core i7, as well as professional graphics,” said Rhodes. “No longer do they have to compromise.”

The M2800 is compatible with Dell’s existing docking solutions, offering investment protection for customers looking to upgrade from a Latitude laptop, and it weighs in at about 5.6 lbs. It starts at $1,119 and will be available this spring.

“During this process there were a lot of unknowns,” said Framestore CTO Steve MacPherson. “Once was how many resources we would need computationally to deliver this. When we started filming, Dell was one of our partners but not a key partner. By the time filming ended, Dell was a key partner.”

And Framestore needed that Dell computing power. Some 80 per cent of the scenes in Gravity were animated and computer generated. In some scenes, only Bullock’s face was used in the scene; the rest was created by animators using Dell workstations. Bullock and Clooney spent much of the shoot in elaborate harnesses, acting out scenes for the motion capture cameras that would be digitally animated by Framestore’s graphic artists.

Their work was honoured last weekend with the Oscar for best visual effects.