As the New Year got rolling so did Lenovo by releasing its first LTE smartphone called the Vibe Z.

Lenovo is not new to the smartphone market and recently it surpassed the Apple iPhone in sales in China. The razor-thin Vibe Z with gesture control was the featured product of four new releases that also included a six-inch display smartphone, an under five-inch model and another that was nicknamed the “tweener” for being in the middle of the previous two.

CDN contacted Lenovo to find out if the company’s smartphone strategy changed at all because of the release of the new the Vibe Z. Well it hasn’t. This is what Lenovo had to say:

“The announcements at CES do not impact the plans for mature markets – including North America. While we have made progress in the past year towards our goal of launching smartphones in North America, significant challenges (such as distribution for example) remain. At this point, we do not have any NA-specific updates to our smartphone timetable for 2014.” 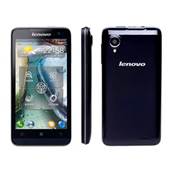 Lenovo smartphones not so far fetched 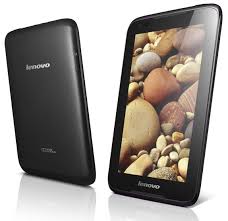 Lenovo executives told CDN in May of 2013 that there are no plans, no timeline and no consideration for bringing any Lenovo smartphones to the North American market.

At that time Lenovo’s Android-based smartphone were available in China, Indonesia, India, Russia, Viet Nam and the Philippines. Today, however, Lenovo has more than tripled its presence in markets in just six months.

A Lenovo spokesperson from Canada added that following the success in the China smartphone market, and its expansion into other emerging markets such as India, Indonesia and Russia, Lenovo intends to become a significant global challenger to the two leading smartphone manufacturers. As such, it plans to begin selling smartphones in several mature market countries in a phased rollout. While it has not named any specific countries, the intention is to sell smartphones in both Western Europe and North America, where Lenovo has already established a strong brand in PCs and tablets.

The spokesperson went on to say that Lenovo is selling smartphones in most major emerging market countries.  More than 25 nations are selling Lenovo smartphones and together that represent 45 percent of the world’s population.

The Vibe Z, which comes encased in a thin 7.9mm silver or titanium body weighing just 147 grams, isn’t the only Vibe product on the market. Lenovo also has Vibe X and the pricing starts as low as $219. The Vibe Z is the most expensive model at $549

According to the Lenovo spokesperson, the company’s plan is to sell smartphones in mature market countries. Lenovo is still preparing products for these mature markets, and trying to build relationships with the carriers in those markets.

“We are realistic about the challenges of breaking into new markets, however, we are confident that these challenges will be met and that Lenovo smartphones will become available in key select mature market countries as planned,” the spokesperson said.